Today was like a metaphor for this whole bike ride… it was a roller coaster.

I started the day by dropping Caroline off at the airport. I was sad to see her go, but I’m excited she’s going to re-join me in about 12 days. I was also excited to see my mom who is going to help me for the next portion of the trip.

I started my ride in Whitefish where I previously ended. I rode about 37 miles to Apgar Village in Glacier National Park.

I should’ve known better when I looked at the routes, but it took me over a jeep dirt gravel trail. As much as I want to embrace these forest roads, they are generally steeper, more technical, and slowed me down quite a bit.

When I finally reached the road I was quite excited to be back on a normal route, only to realize after about 5 miles that it took me in the wrong direction. I had a ride back up the hill and into the wind that had previously assisted me. However, arriving in Glacier was pretty spectacular.

I had a little bite to eat and this was going to be my finishing spot for the day. However, the weather tomorrow is supposed to be horrible. Raining quite hard and very chilly. I would not be surprised if it snows at the pass.

So, I decided to go for the Going-to-the-Sun Road today! I got going at about 3 PM but it was cool out, so not a big deal. I had a bit of a headwind to start and once I started to climb in, the temperatures were pretty much perfect.

I enjoyed spectacular scenery to go along with the tough climbing but it felt easier because of the views. There wasn’t a ton of traffic because there is literally no shoulder and a drop off, most cars are really respectful and wait for a good place to pass.

When I got about 5 miles from the pass, I started getting warnings from drivers along the way that it was split pea soup at the top and you could not see 10 feet in front of you.

When I got 2 miles from the summit that became my reality. It was socked in and you can barely see anything.

The good news is there weren’t many cars, because there was nothing to really see up there. I made it to the top and met my mom who ultimately brought me back to Apgar Village where I had set up the reservations.

The riding was spectacular and I got a huge climb out of the way... and I’m feeling good! 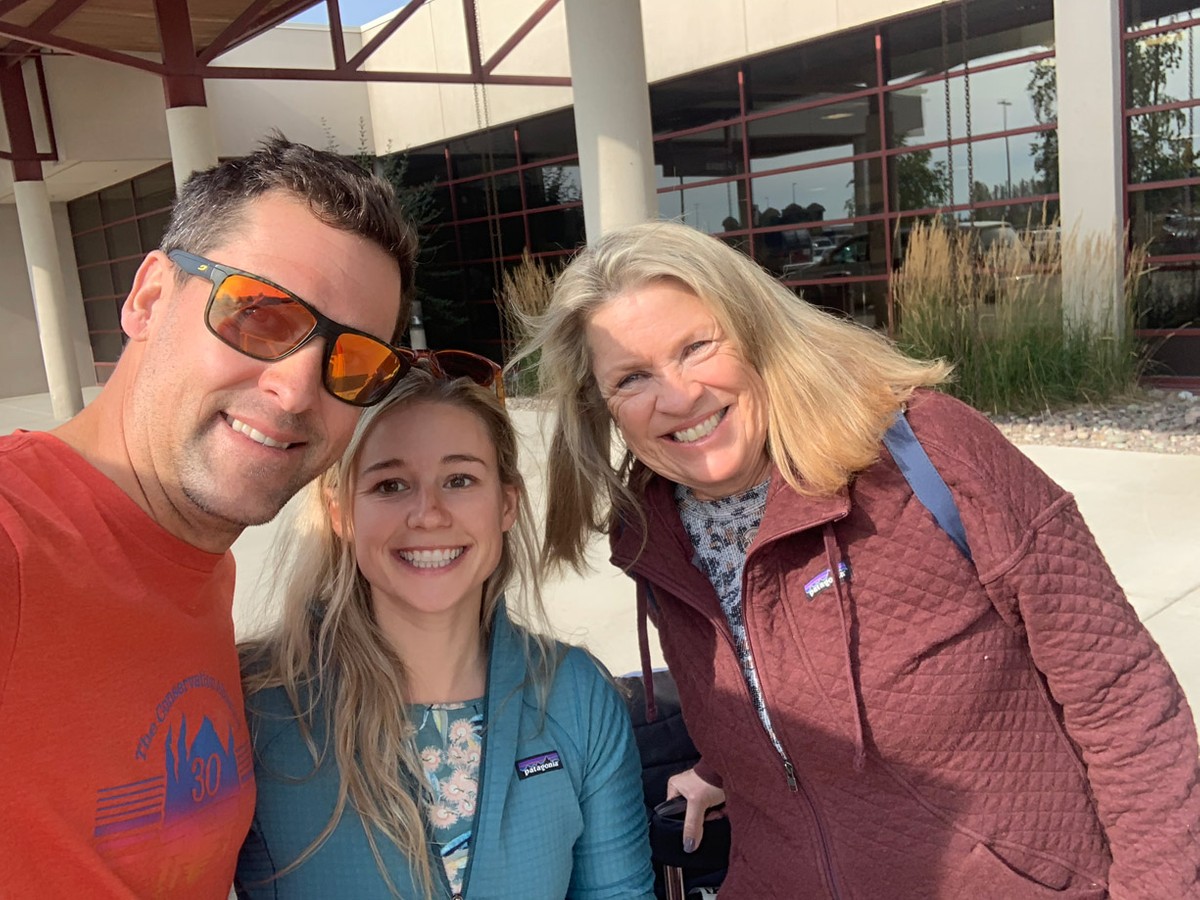 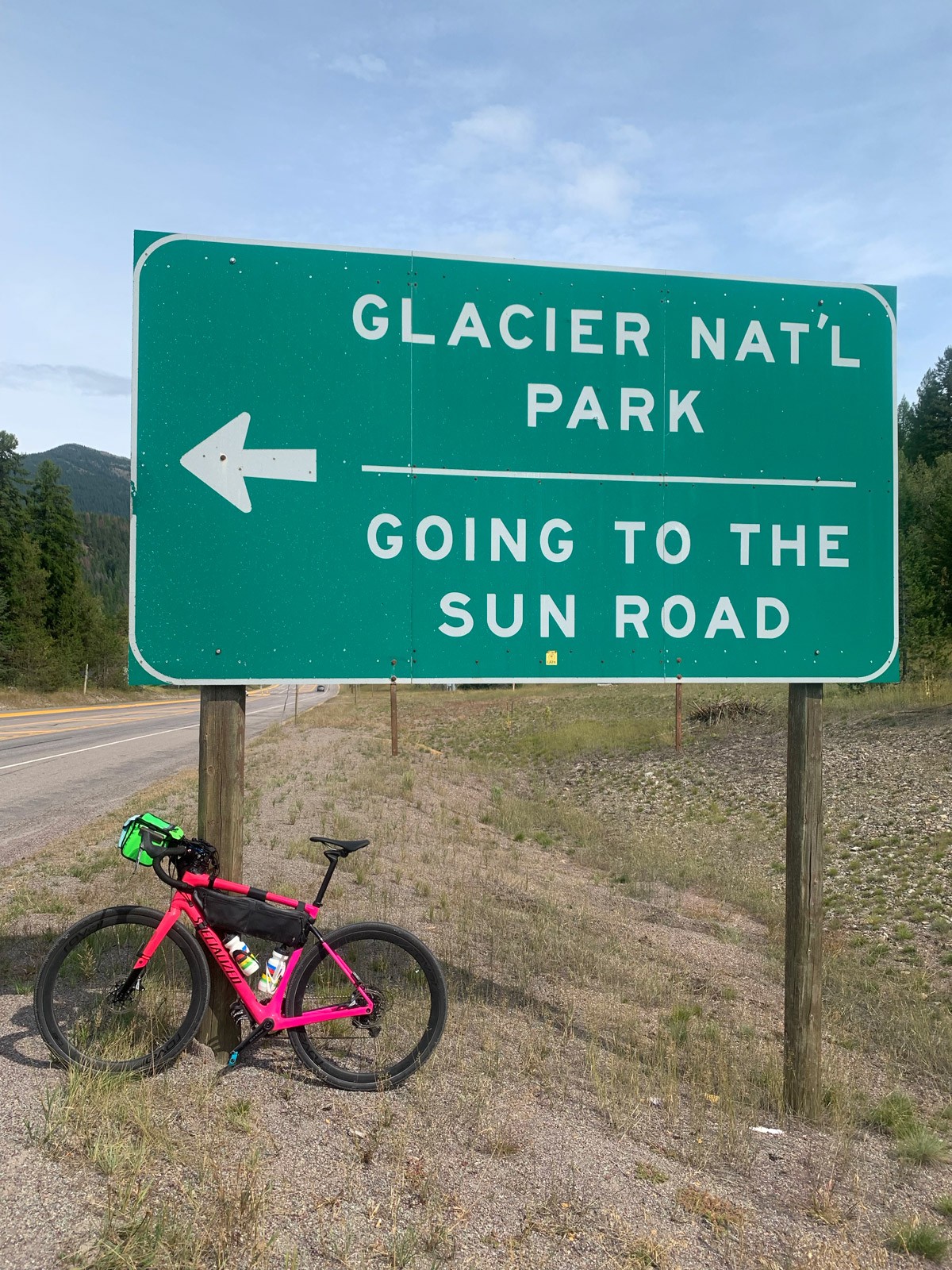 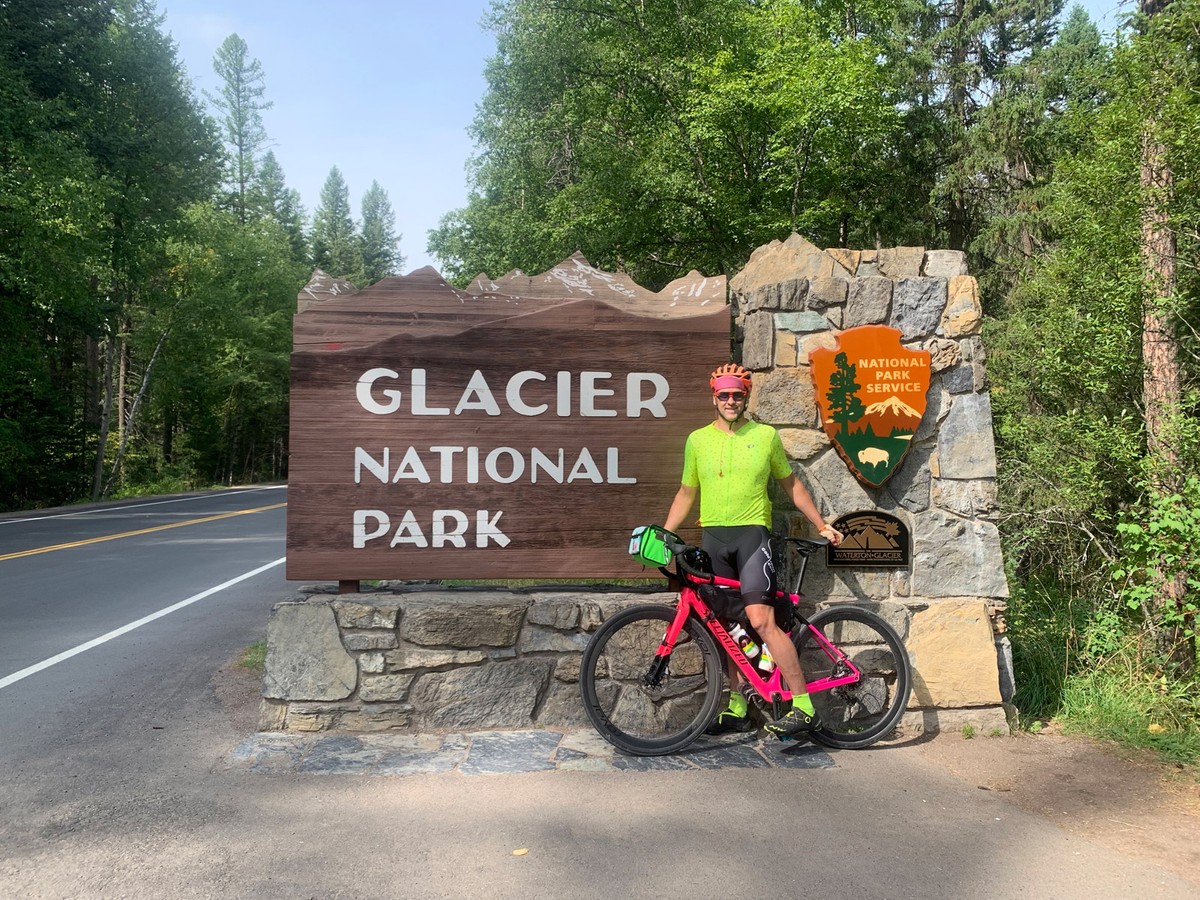 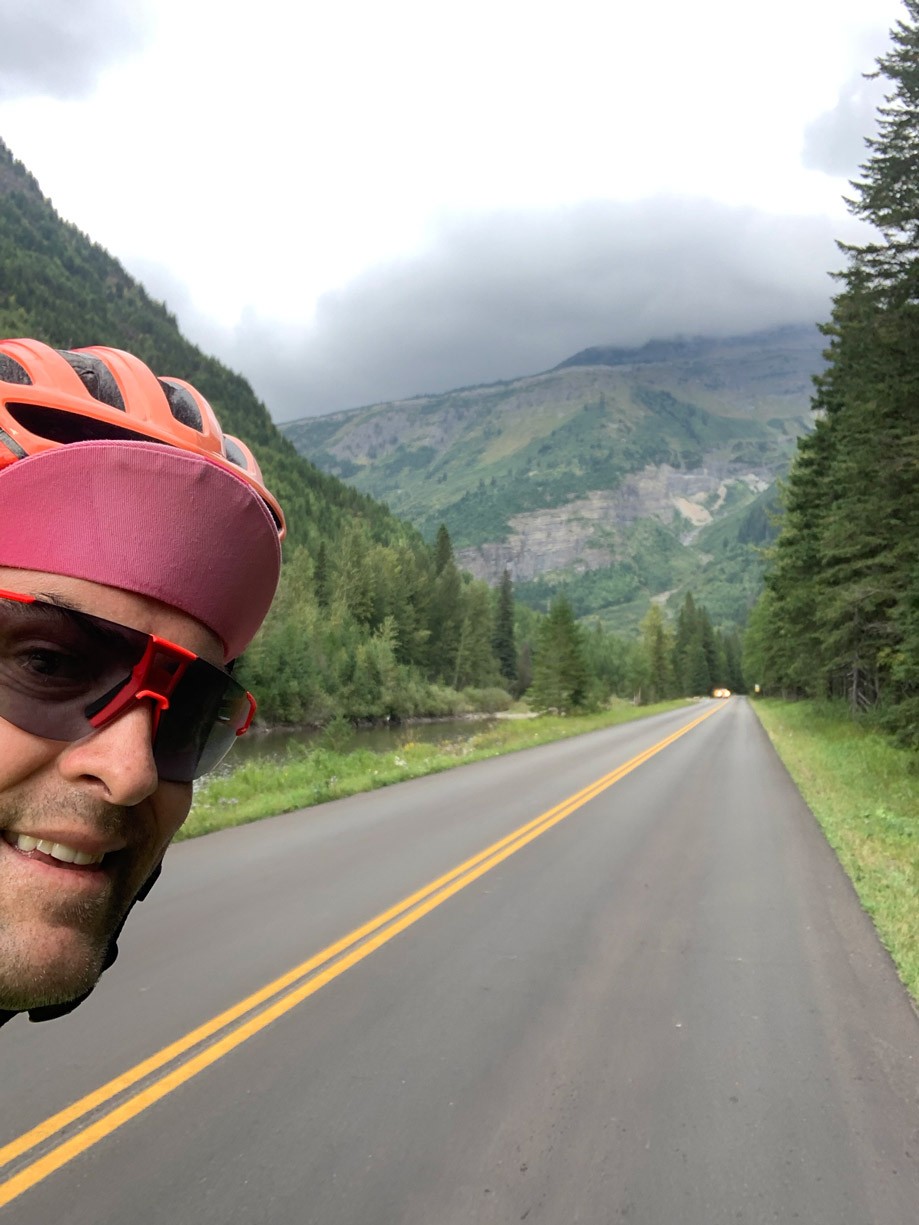 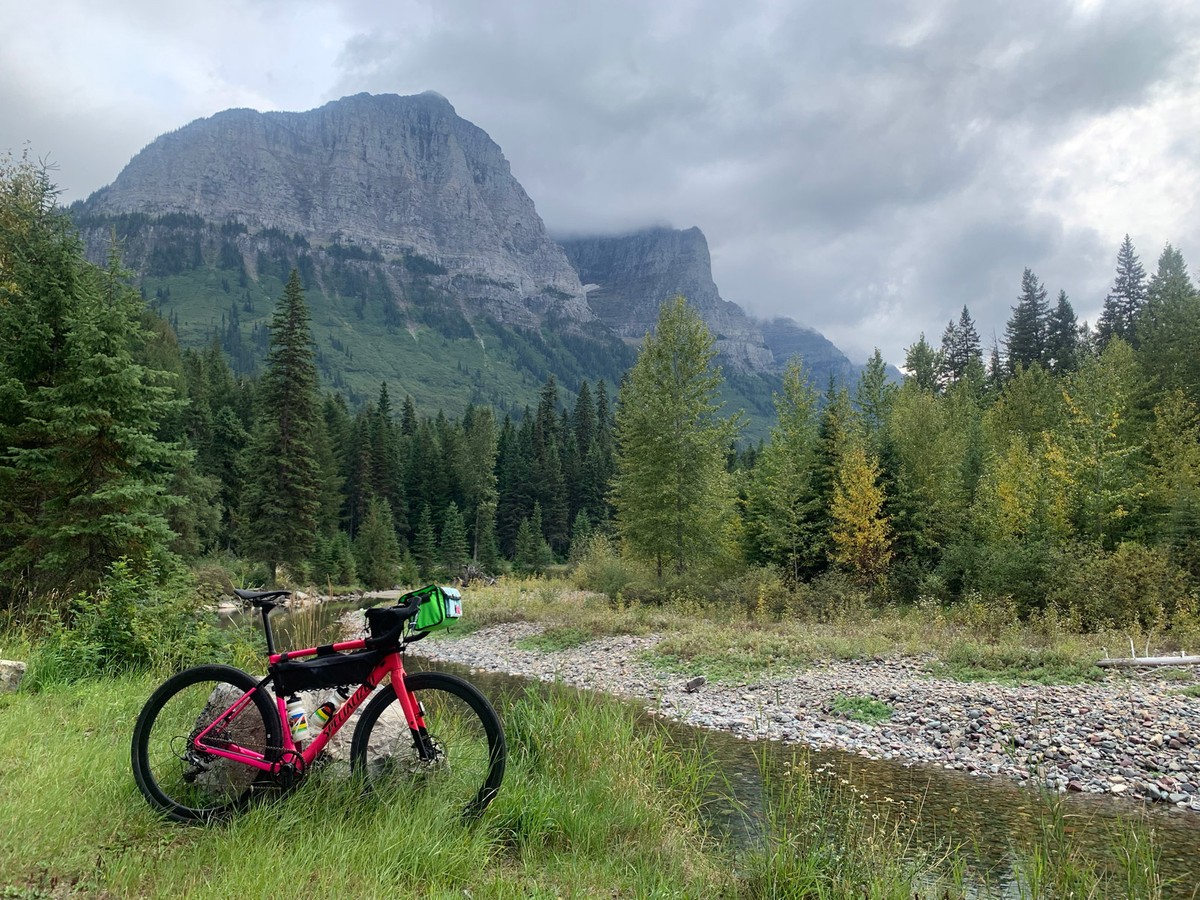 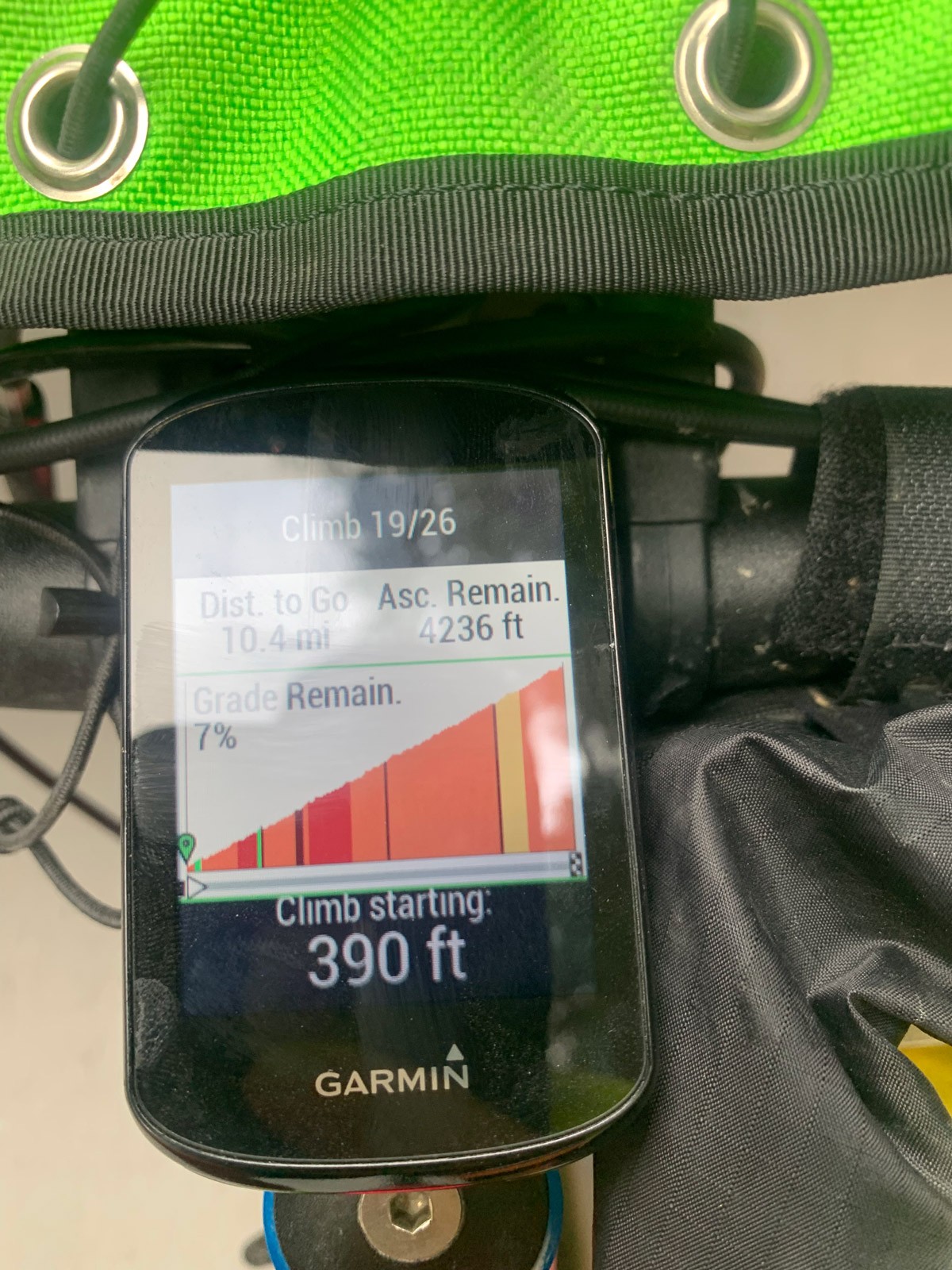 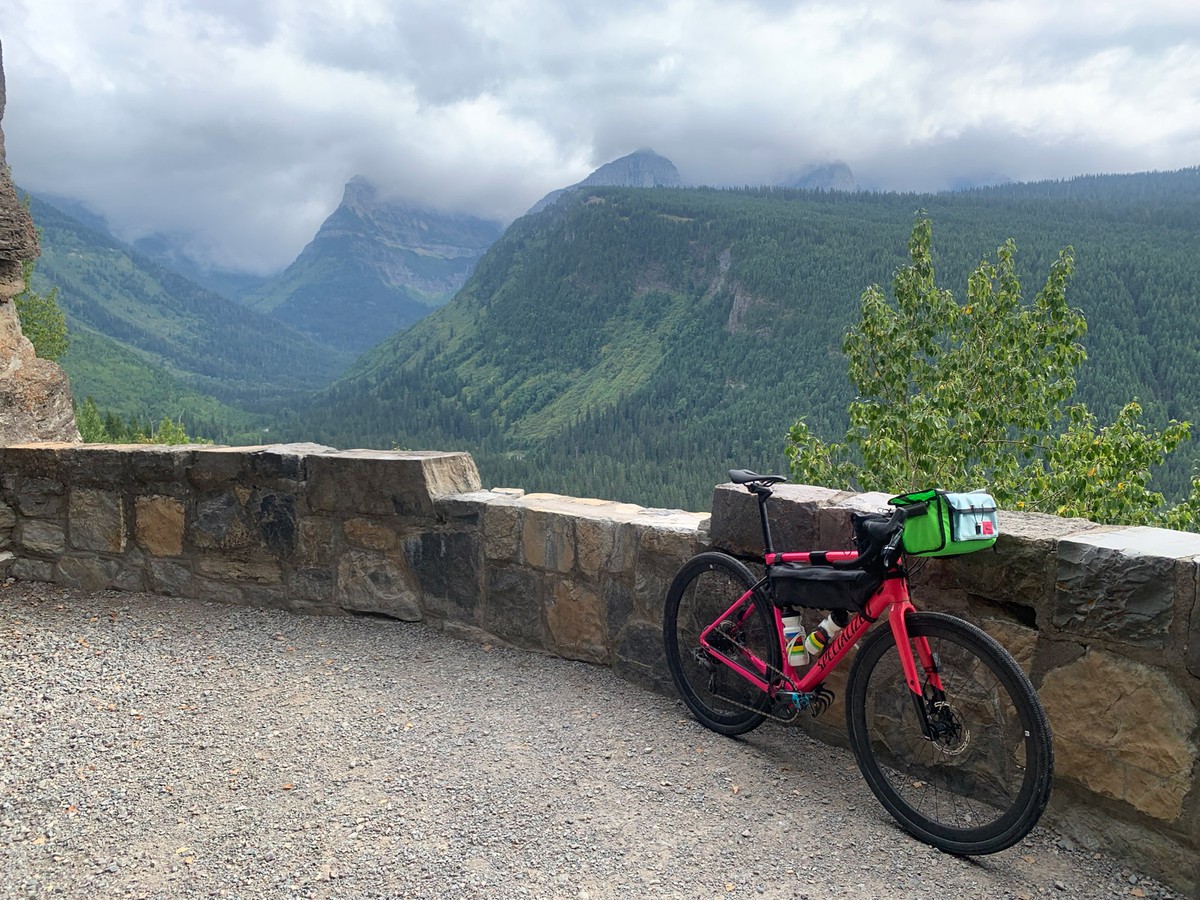 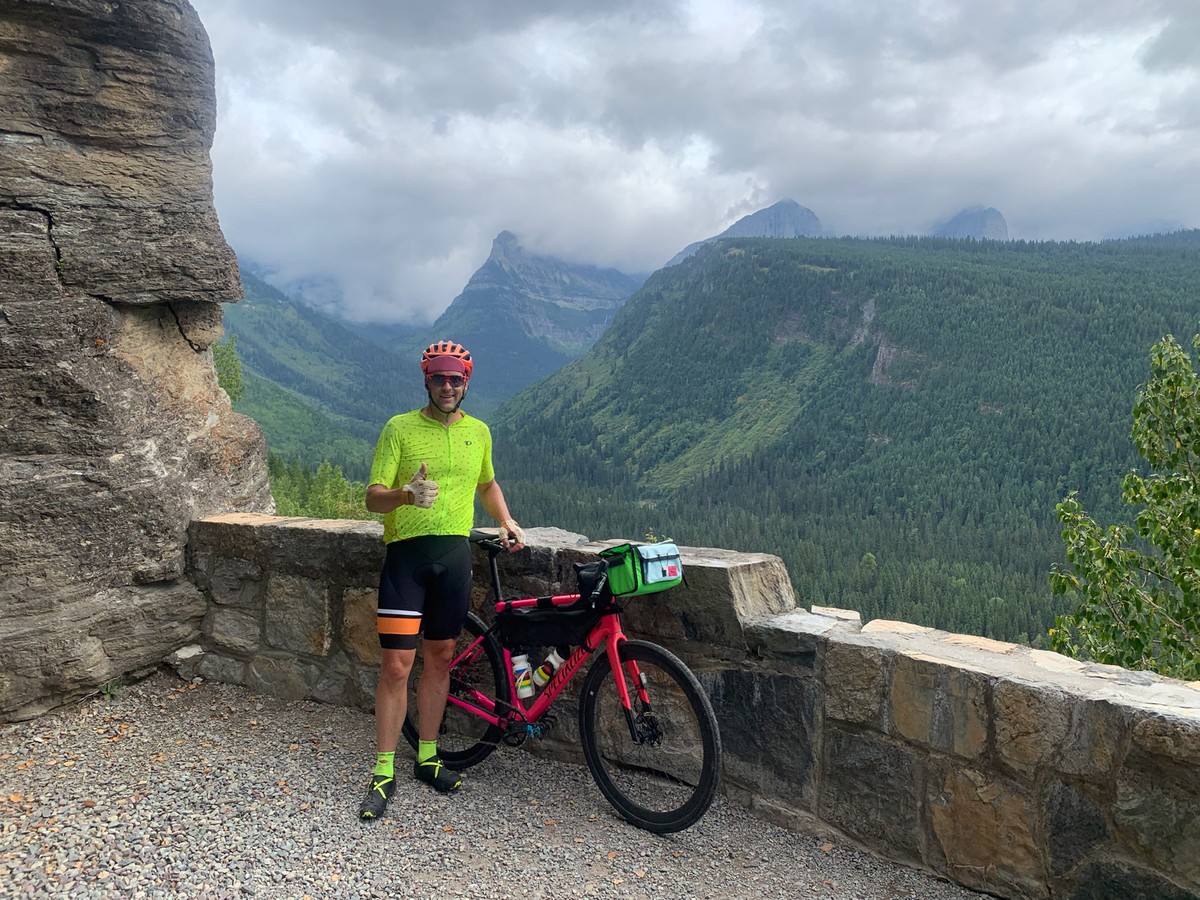 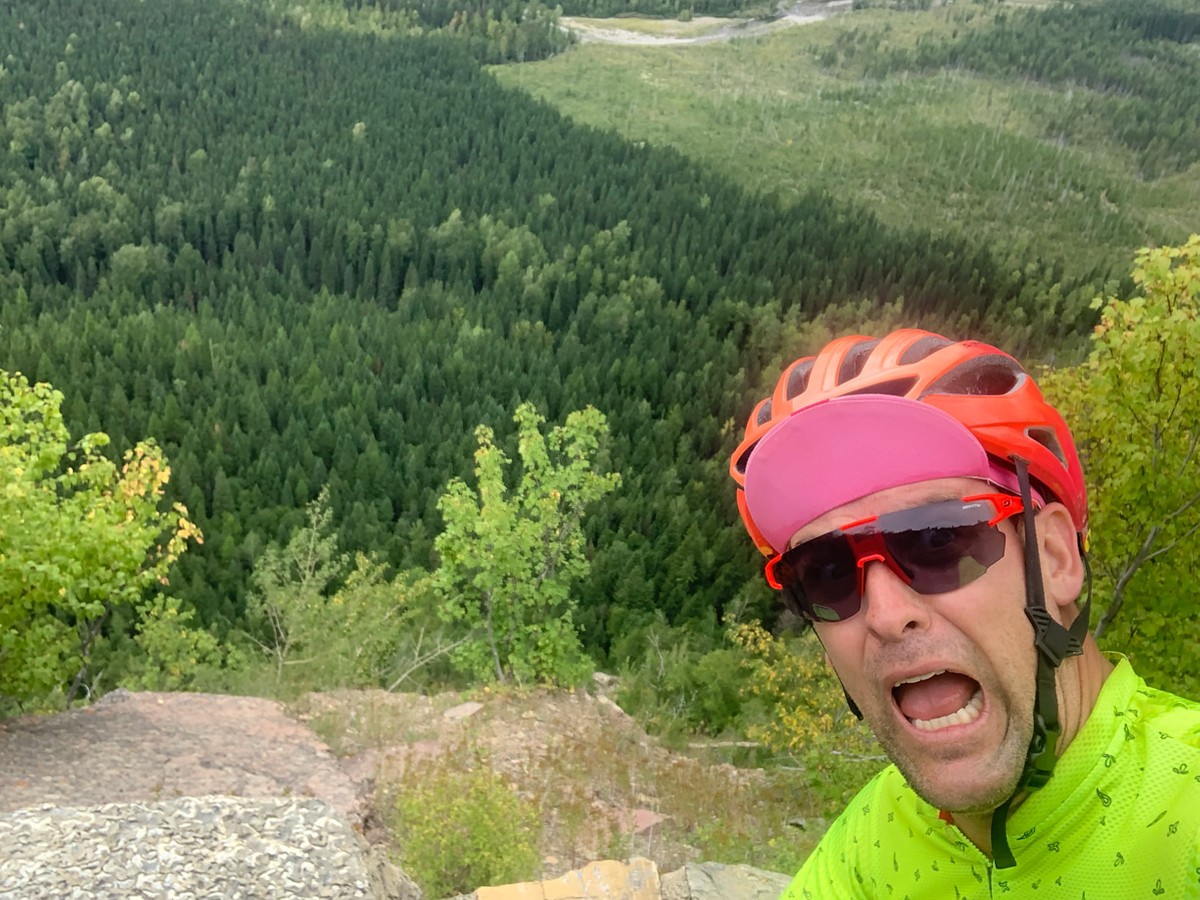 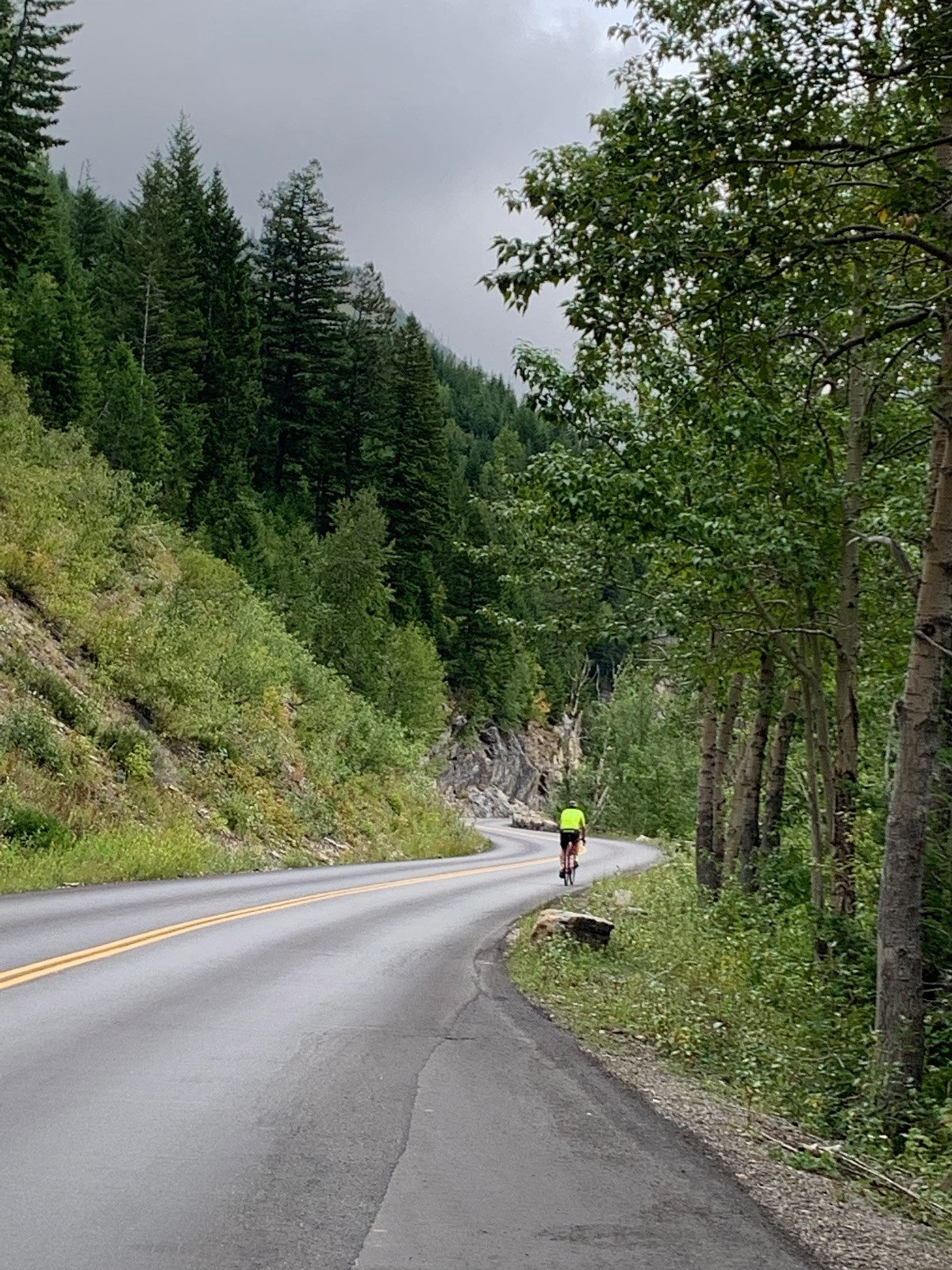 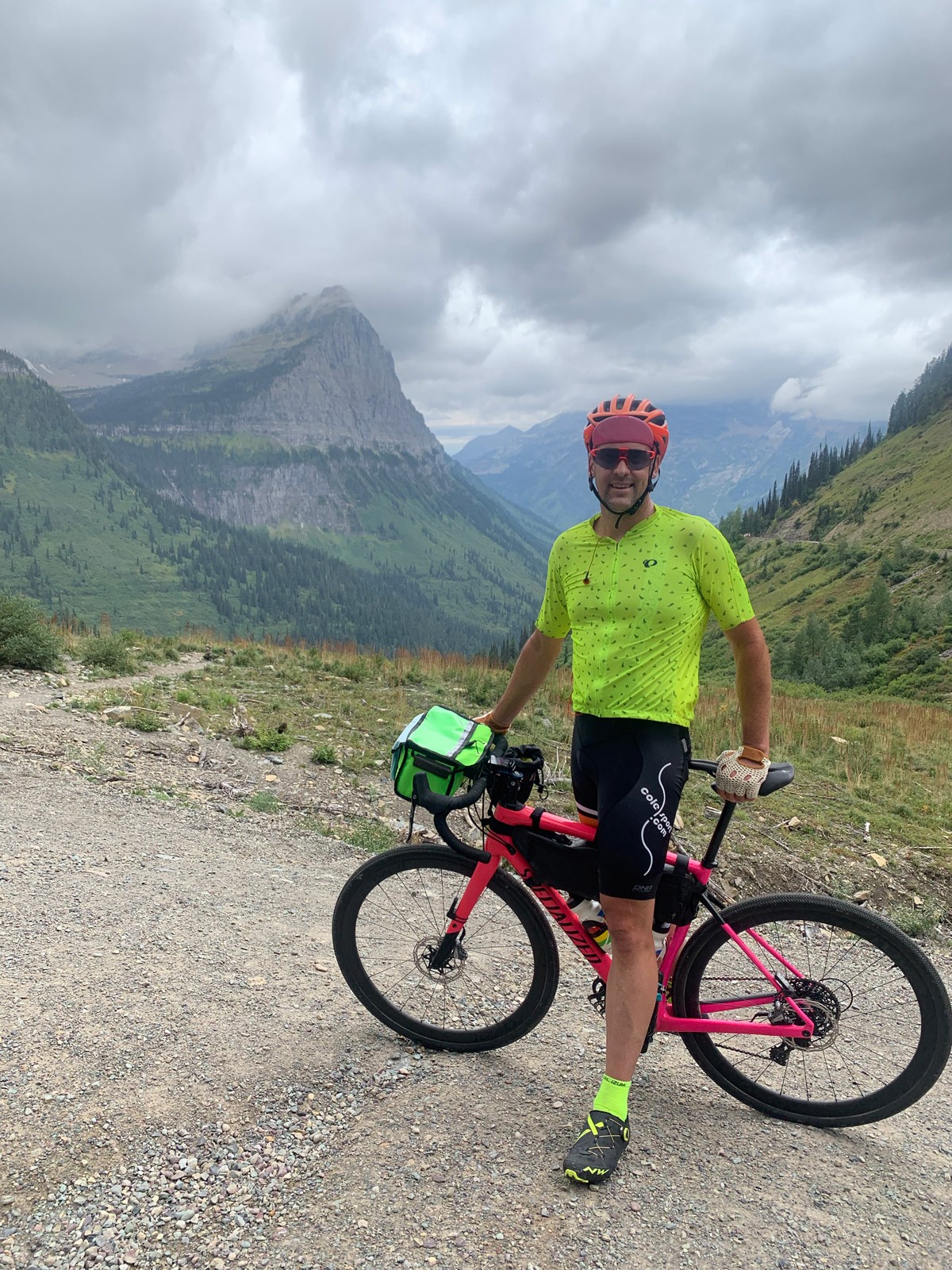 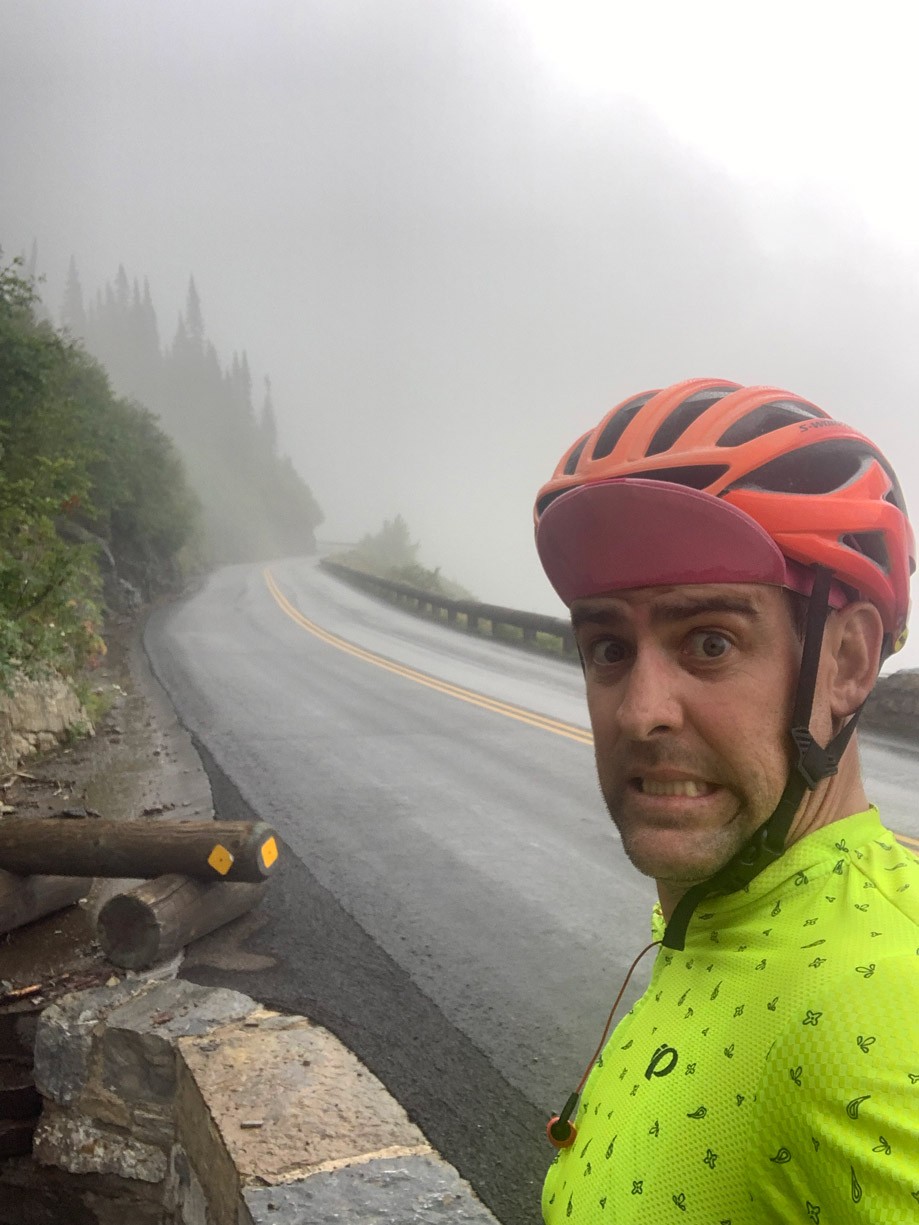 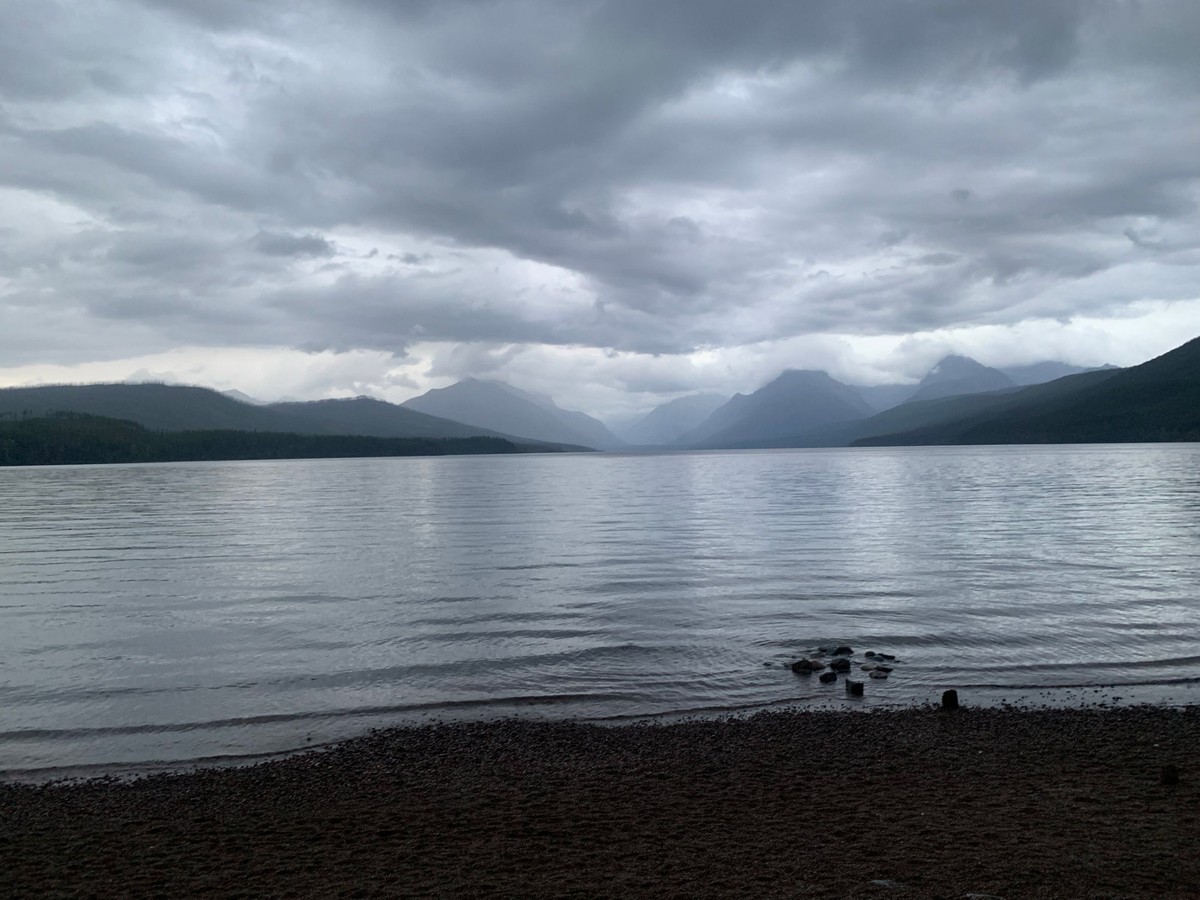