Today I woke up to a very rainy and cold day in Glacier National Park. We started with breakfast at Lake McDonald Lodge.

A shuttle back up to Logan Pass got me started on the road at about 10 AM. There wasn’t much visibility and it was raining hard. The temperature said 41°, but it was obviously much cooler with the rain. I tried to enjoy the ride down and initially did until the inevitable happened… I got cold.

After the initial descent, there was some rolling hills to get to St. Mary. From St. Mary I had to climb back up through the foothills, but eventually it started going back down.

It must be a rule that if it rains I’m going to go through a construction zone. So I got to ride through about 5 miles of mud which made the middle section of today’s ride a little adventurous.

Once I made it to Browning, it felt like the plains started and it was generally flat but slightly downhill to my finishing point in Cut Bank. Most of the ridding today felt pretty good although I was ready to get off my bike after the 83 miles I rode.

Hopefully I will have some bigger days in me, but 83 in the rain sounds like a good days work. 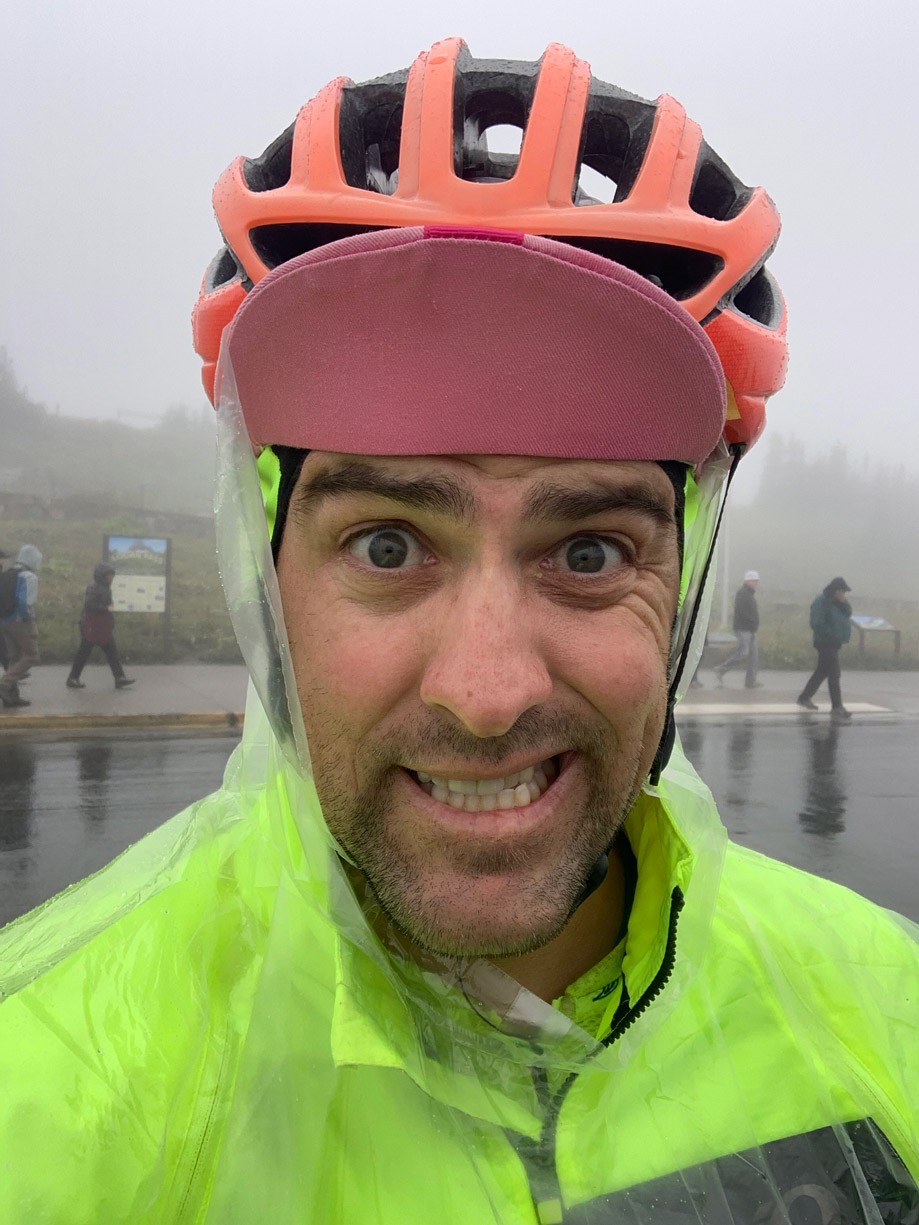 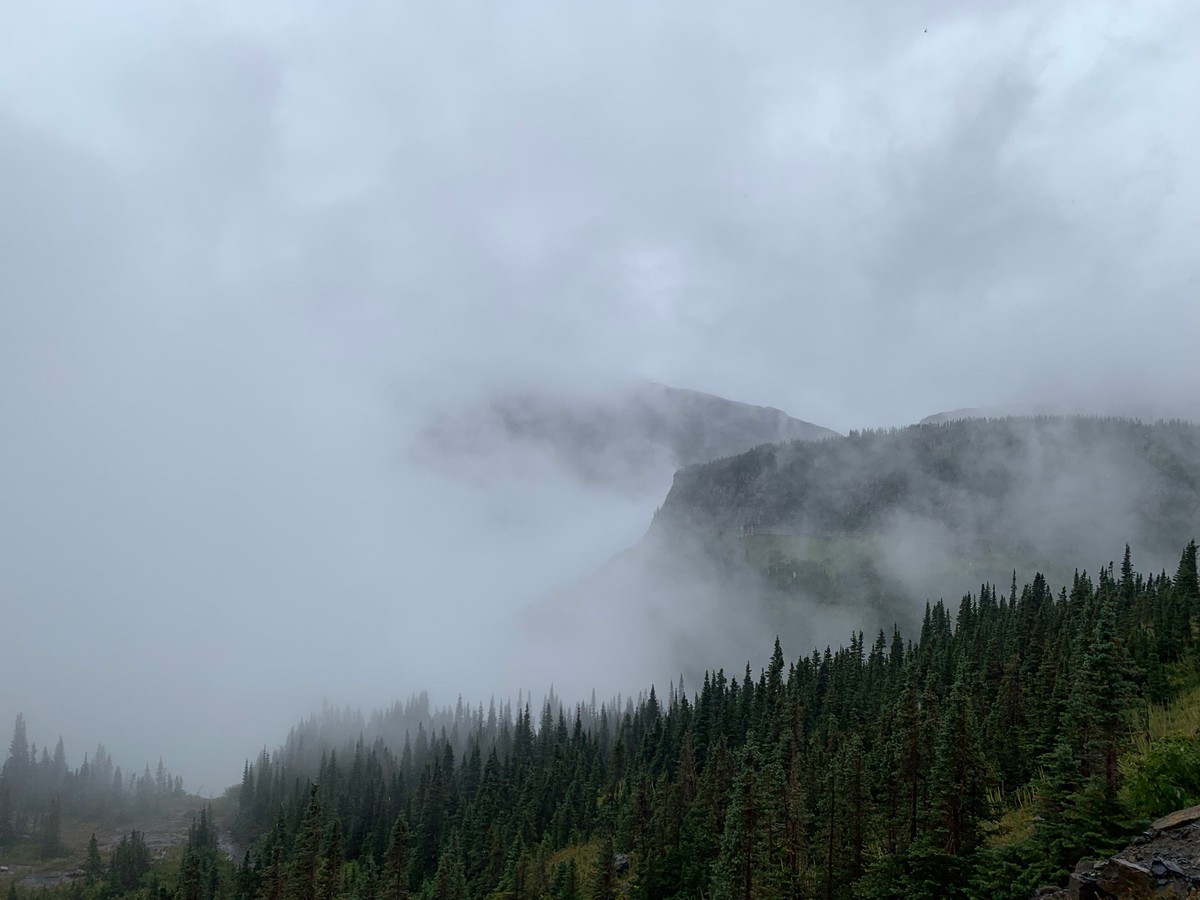 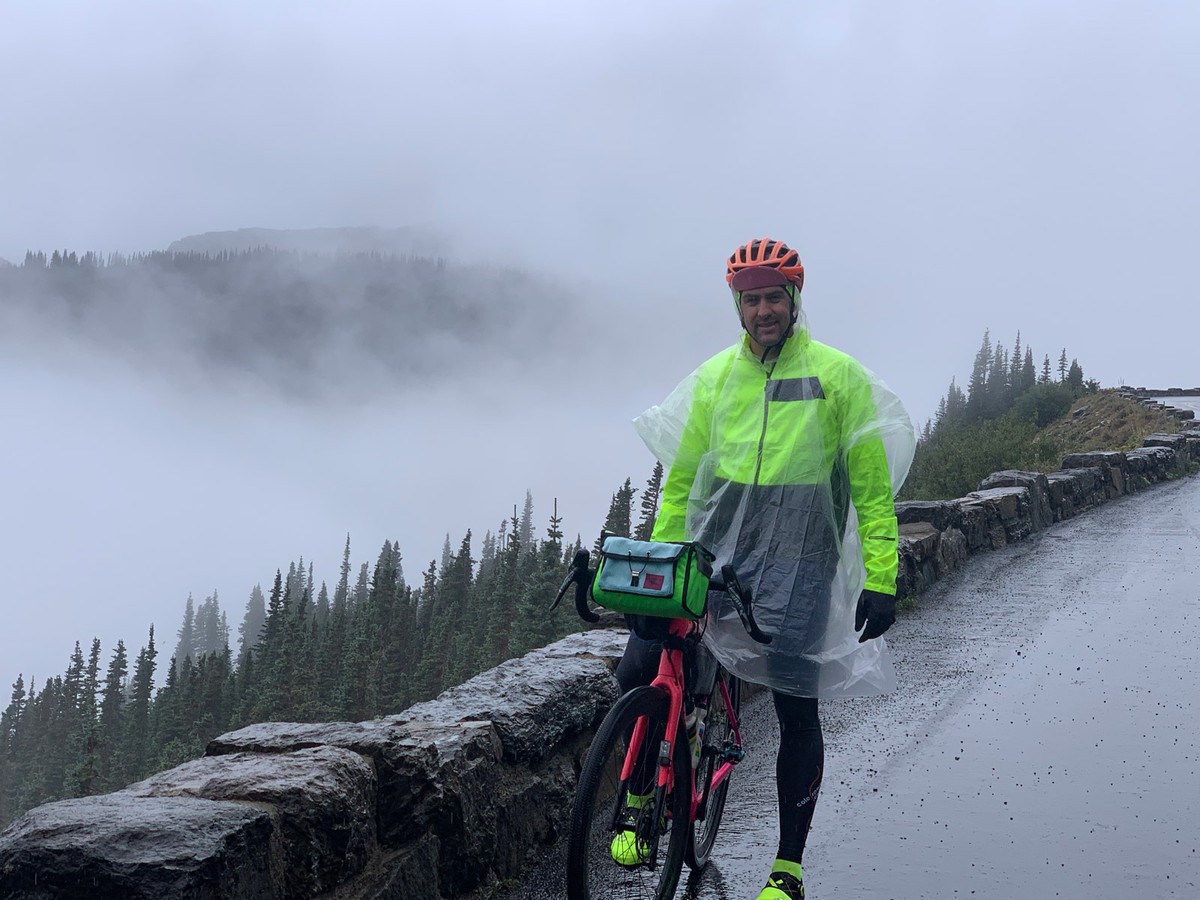 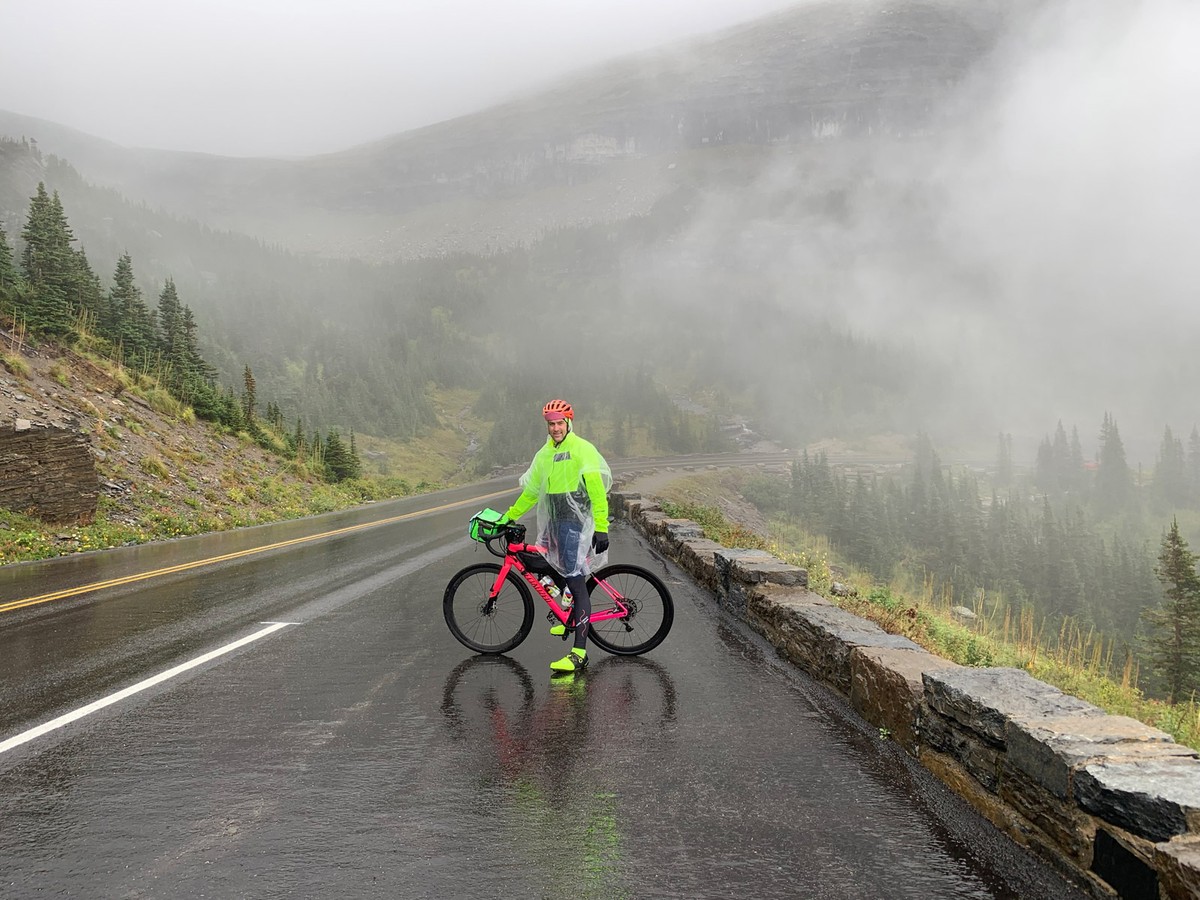 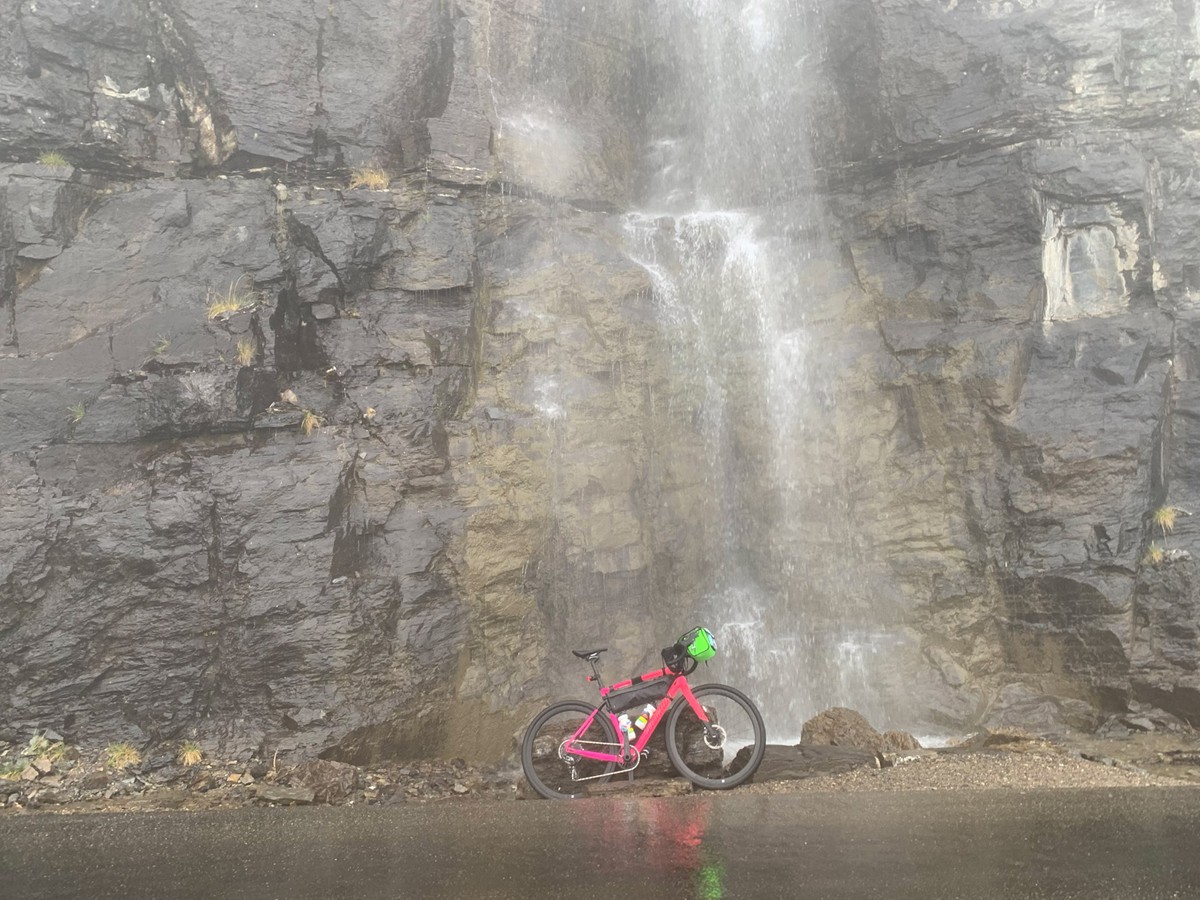 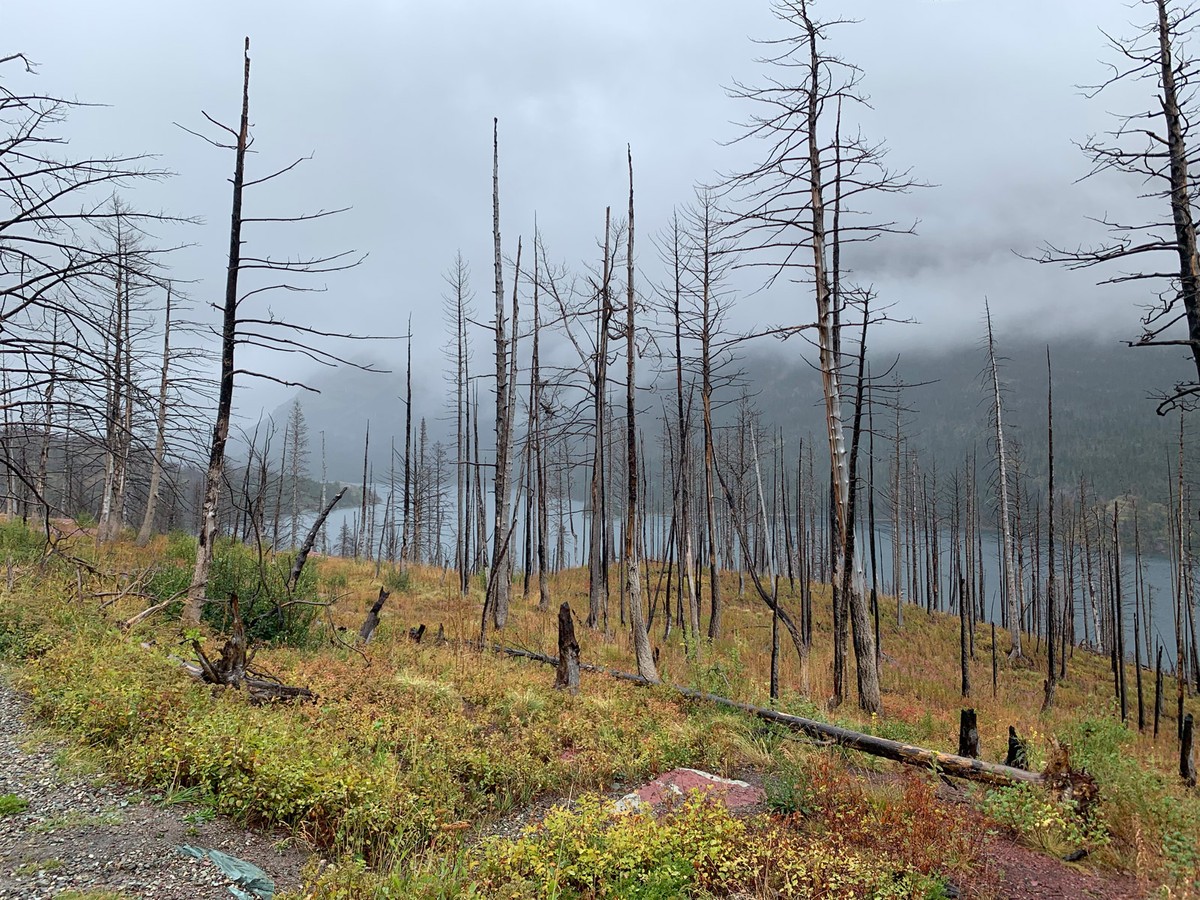 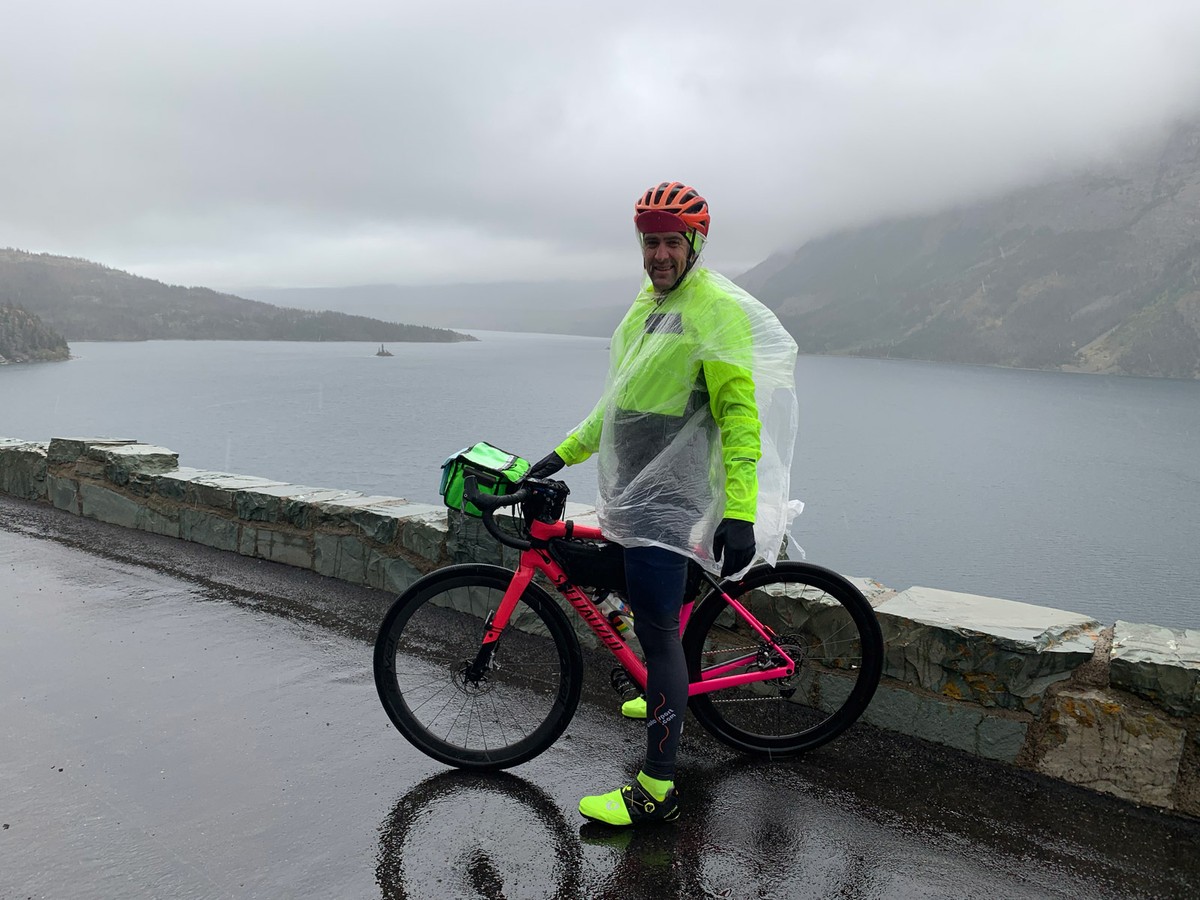 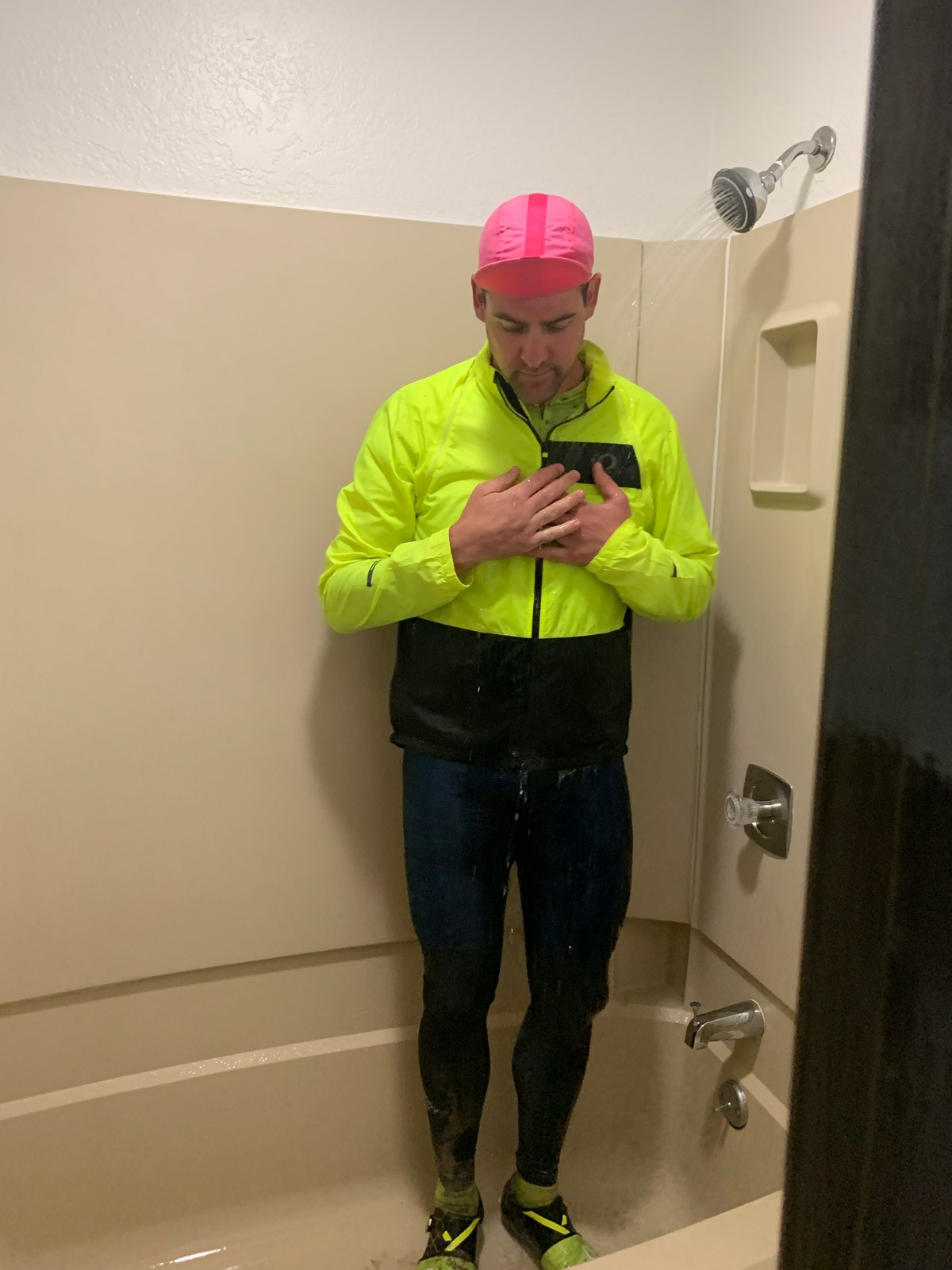