I’d like to cut right to the chase… I made it to North Dakota! It felt really good to cross into another state. Montana is massive and I’m glad to be moving on. When I think of Montana, I generally picture the mountains and places like Glacier National Park. But that is a very small flank on the western part of the state. There are a lot of rolling hills and plains.

OK, back to the start of the day. Mornings are the worst! I’ve spoken about this a little bit, but it is really hard for me to wake up, get motivated and get going. I am super tired and my legs are very stiff when I wake up. But after a little coaxing and some breakfast I started to wake up.

Next, I got to meet Jay Kolsch and Christine Walsh. They are working with Caroline on a project and to my surprise they were interested in photographing some of the bike portion of my Ultimate World Triathlon. They drove all the way out here from New York! I feel very humbled. I’m also excited to see some great photos. We exchanged a few pleasantries and talked about the route and the plan for today. They knew that I needed to be pretty focused on getting through each day’s ride and I appreciated that. They were also both wearing Patagonia and driving a Subaru, so I knew I was in good company :-).

Today’s ride consisted of a moderate amount of climbing through some rolling hills but generally a downward trend. It surprised me and what helped immensely was the tail wind I got today. The winds picked up and it made everything easier. I felt like I was flying down the downhills and getting pushed up the uphills.

The first 35 miles or so to the North Dakota border went by pretty quickly. I spent a little time on Interstate 94, but generally I was on Old Highway 10. I was very excited to get to the border, but still had plenty of riding to do.

I stopped in Beach, ND for a snack and to refill the water bottles. Then, I continued on for about 25 miles until I got to the south entrance of Theodore Roosevelt National Park. The landscape changed in this area and there are some beautiful bluffs and interesting soil colors.

After the park, I got back on Interstate 94 for a little bit and had some climbing to do. After that, I was able to get on Old Highway 10 again and it was a straight shot to Dickinson, North Dakota. This whole time I was moving pretty quickly generally averaging 20 or even 25 mph. During the whßole day, Jay and Christine would jump ahead, set up a shot, and I would ride through.

I got to Dickinson, North Dakota at a pretty reasonable hour… Maybe 3:30 PM? Our hotel room this evening is a little larger and it has a little kitchen, so we are going to cook in. It’s nice to get out and experience the local food, but I definitely get sick of eating out. Onto the capital of the state, Bismarck tomorrow! 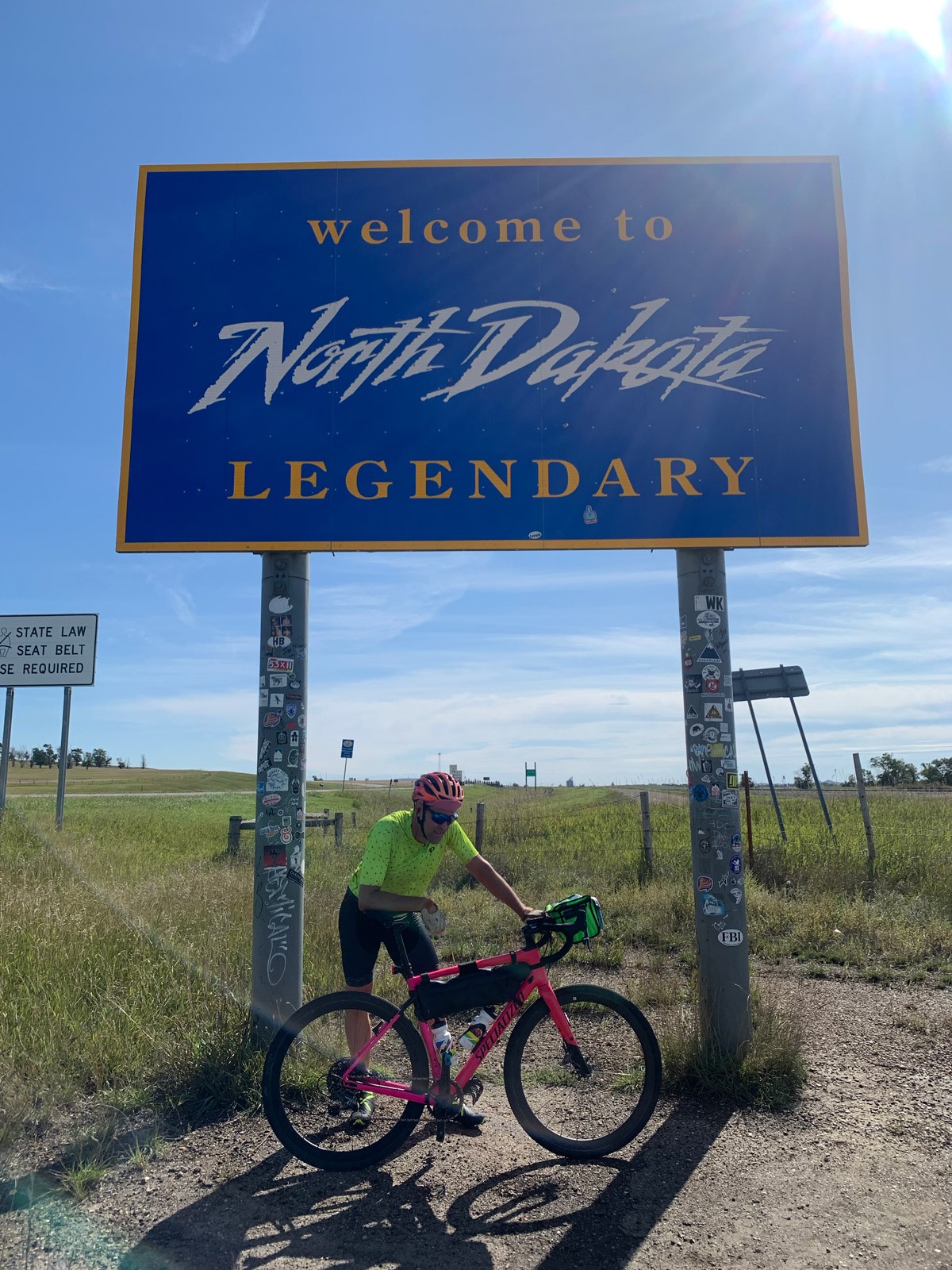 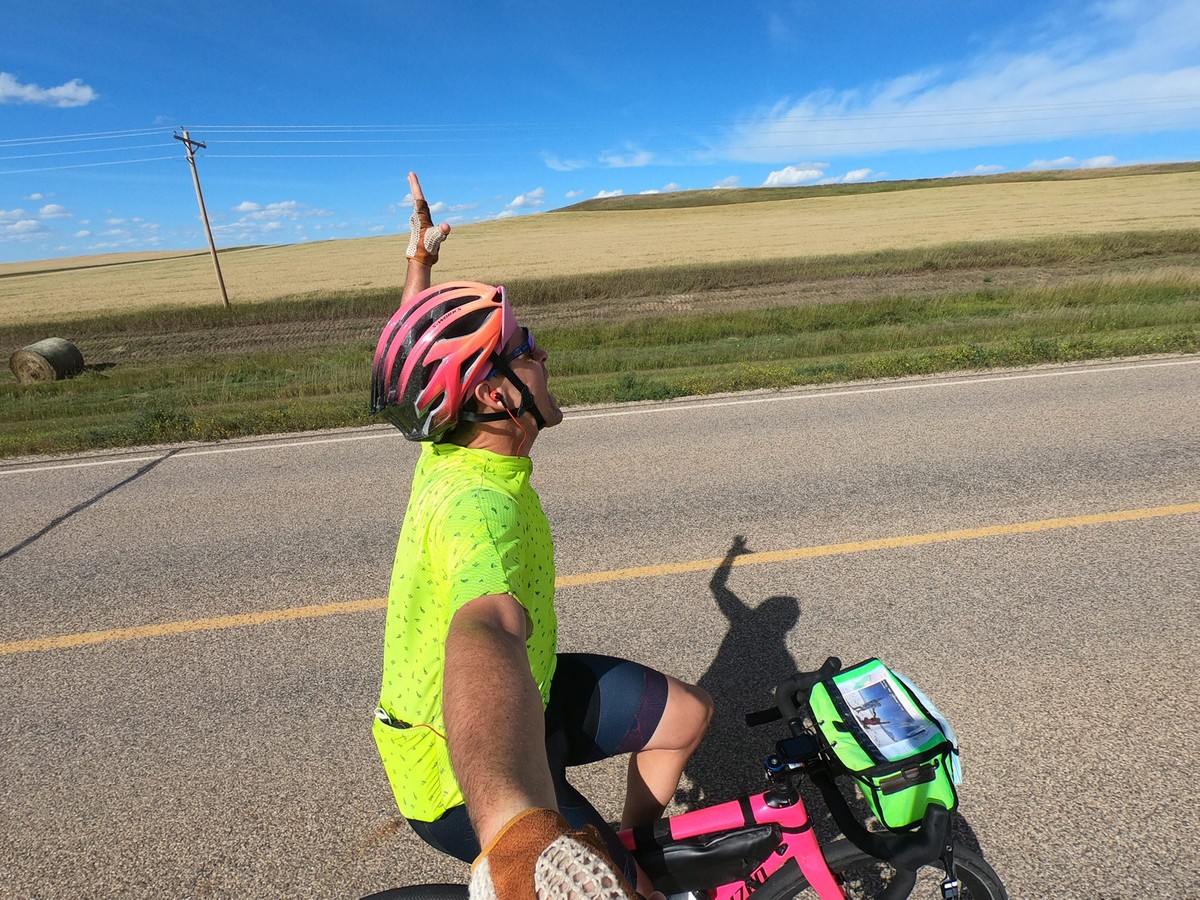 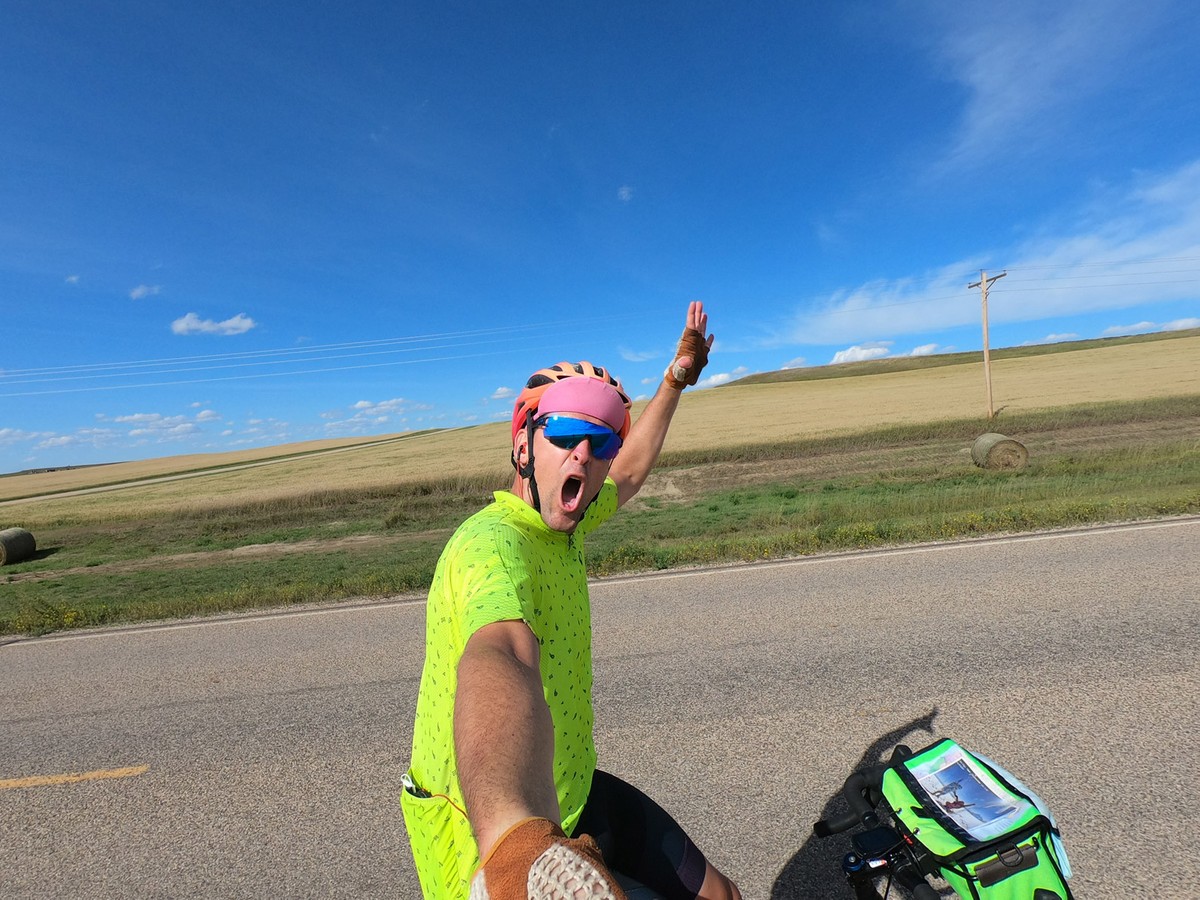 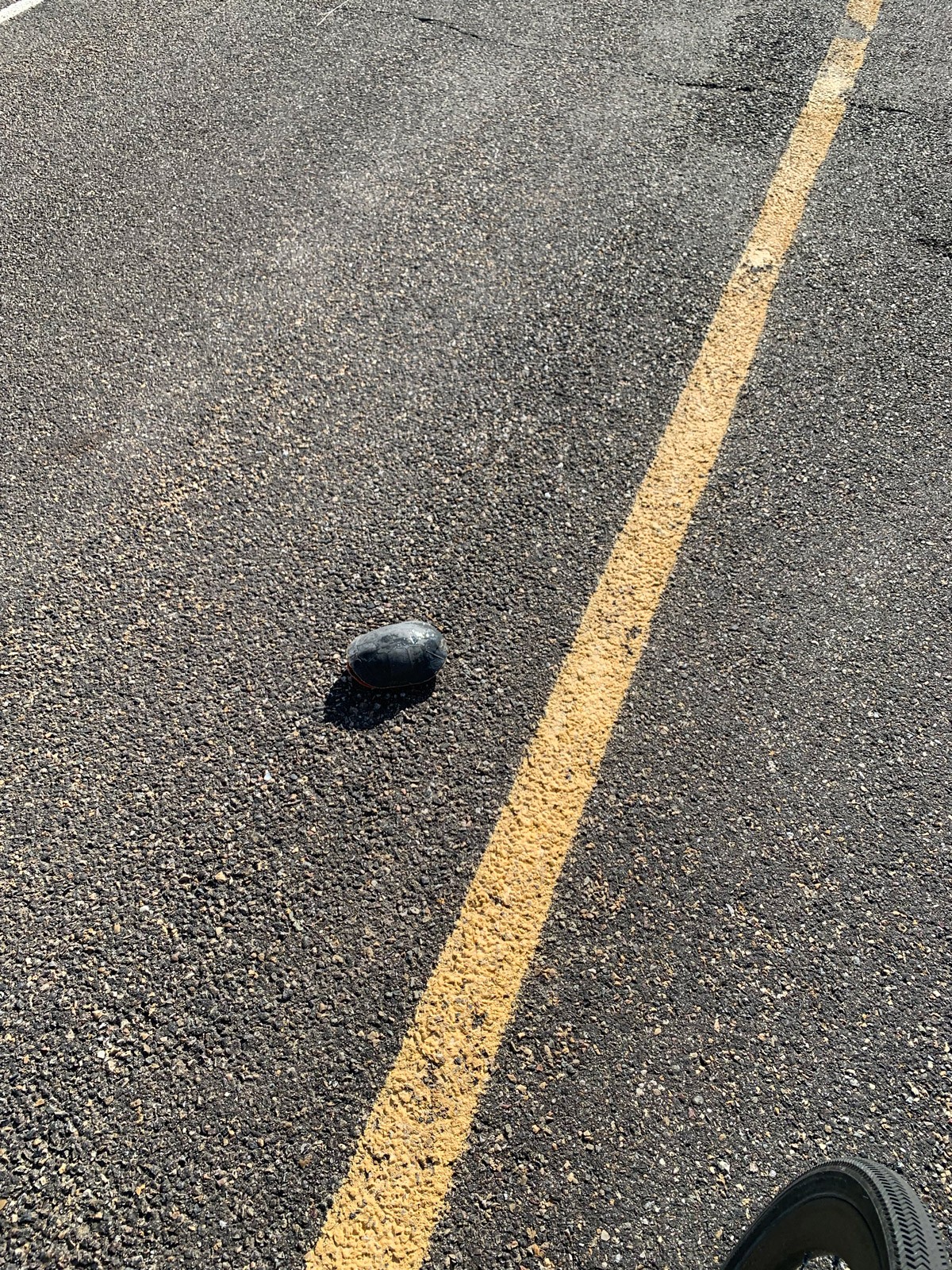 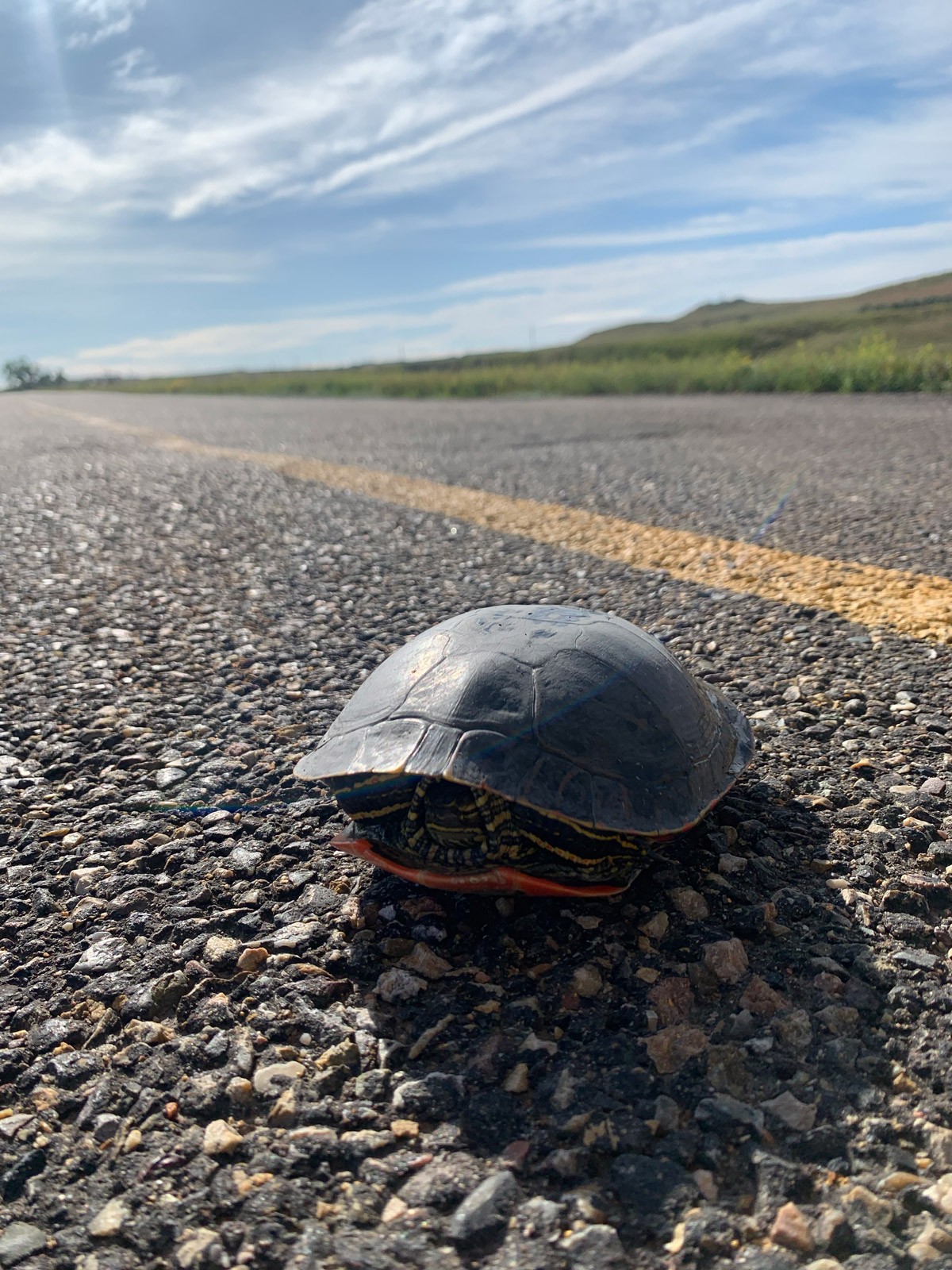 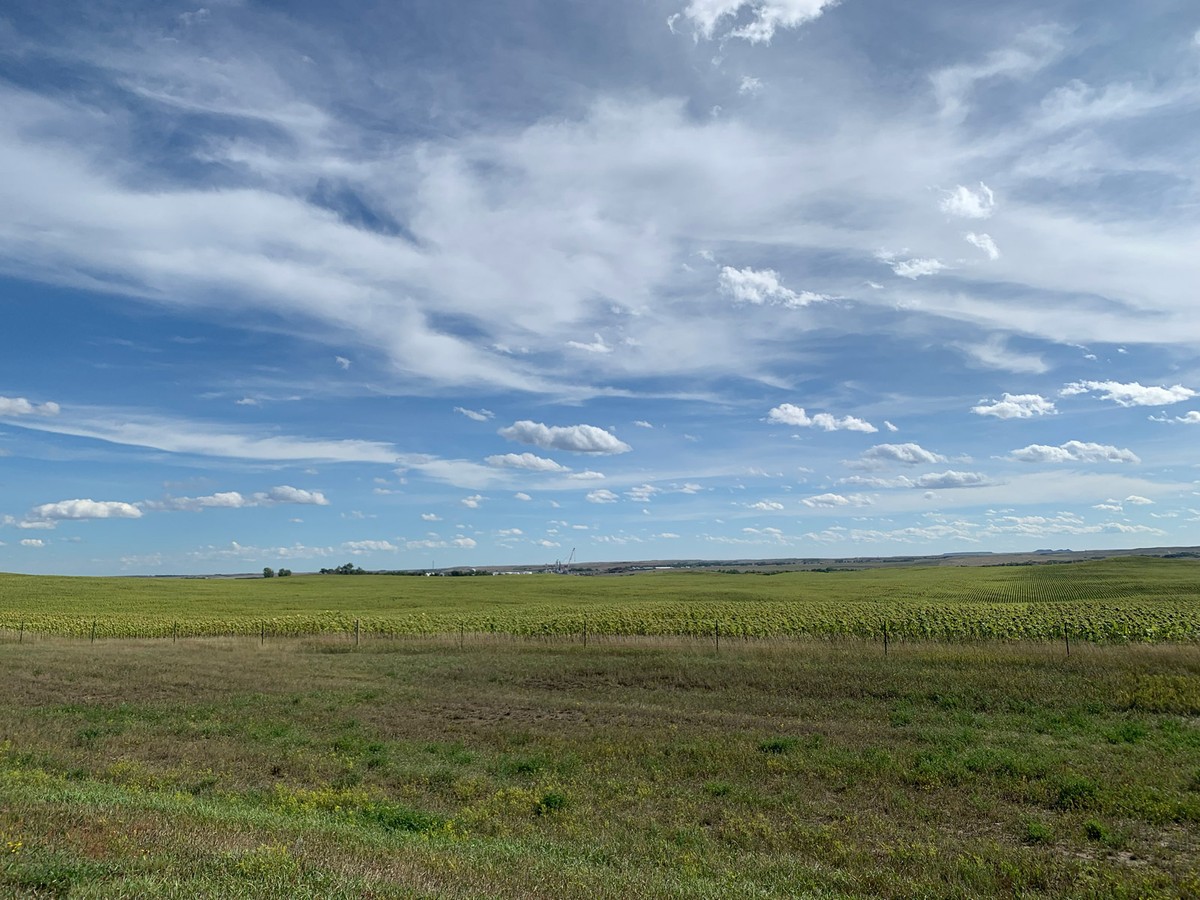