The goal from the getgo today – after yesterday’s really tough day – was to try to beat the heat and the wind. Watching the news, they were expecting a near-record high… 93° in Bismarck. The all-time record for today in Bismarck was 95°. I got going at about 7:35 AM… about 10 minutes after the sunrise. It was a beautiful sunrise, and fog filled all the valleys and farms that I initially rode through. After about 15 minutes of riding some pretty hectic streets to get out of town, I found myself on a gravel road going through farms for another half an hour. After that I had a frontage road/old highway next to Interstate 94 that worked really well. It was a beautiful morning, but I was also drenched from the humidity even though it was not that hot. Who knew North Dakota was so humid?

The first 44 miles went by pretty quickly and I reached Steele, North Dakota. At this point, I would have to ride long distances on dirt roads and/or detour quite a bit unless I got on Interstate 94. I went ahead and got on I-94 until Tappen, North Dakota about 15 miles down the road.

We had lunch at City Park in Tappen but I also decided to stay on the interstate there rather than adding significant mileage to the ride. A lot of people ask about riding on interstates and although I definitely try to avoid them, sometimes they are the best way to get from point A to point B. There is definitely more traffic, but there is also a very large shoulder on interstates that keeps you further away from the traffic then even most highways. So, aside from a small detour to get off of the interstate and ride some dirt roads, I stayed on the interstate all the way to Jamestown, North Dakota.

As expected, the winds today were from the southeast… It’s sort of a cross/headwind. As the day went on it gradually switch to more of the crosswind. Although I was getting a little battered by the wind, at least I wasn’t riding directly into it. By the time I finished it was quite warm and the winds were picking up significantly so I was glad to be done.

Jay and Christine took some great photos today on the route and we even did a little mini photo session in the hotel parking lot here.

Another a hundred miles tomorrow to Fargo, which is on the border of Minnesota. Today was my seventh consecutive day of riding at least 100 miles. Tomorrow looks to be the same. I am definitely tired and my legs hurt, but I’m glad to me making significant progress across the country. It looks to be a pretty similar day so I’m going to try to get an early start to beat the heat and wind again. 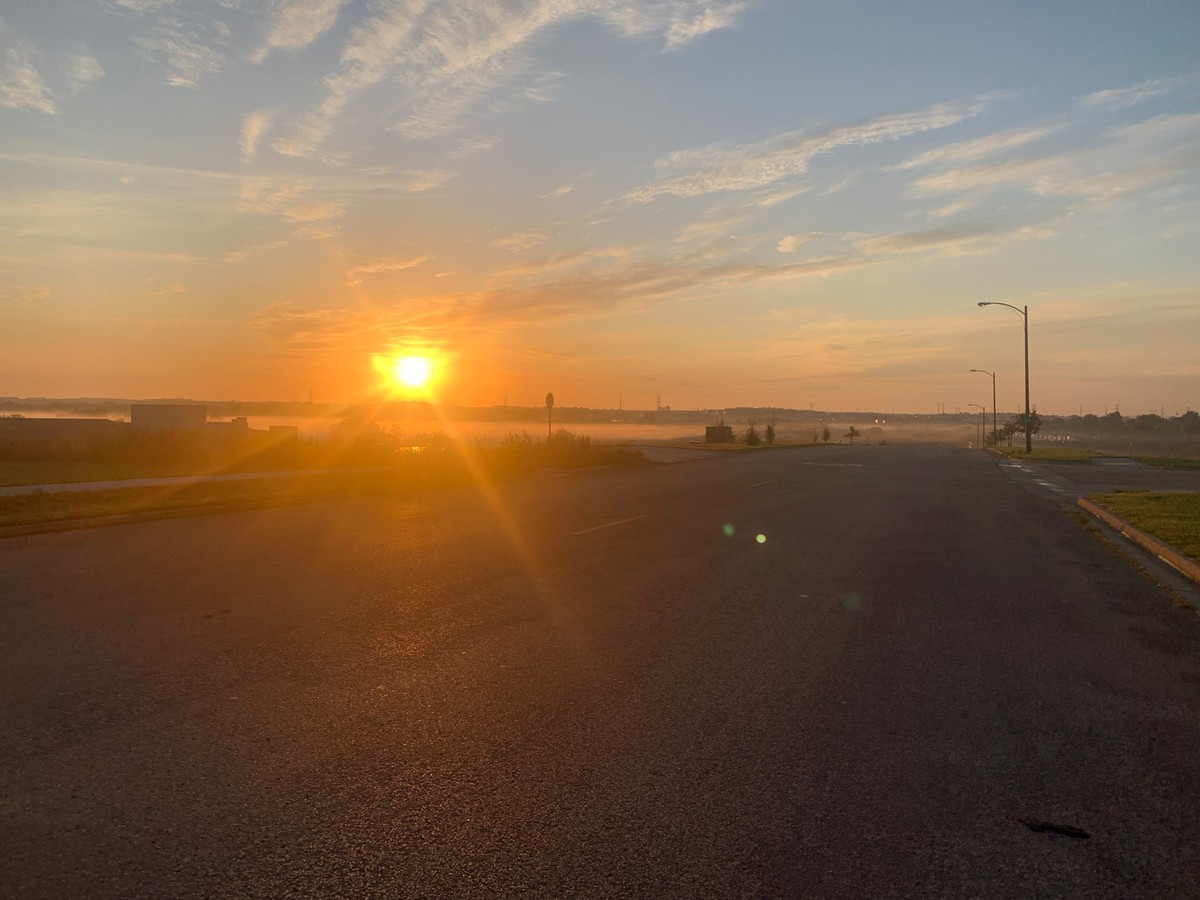 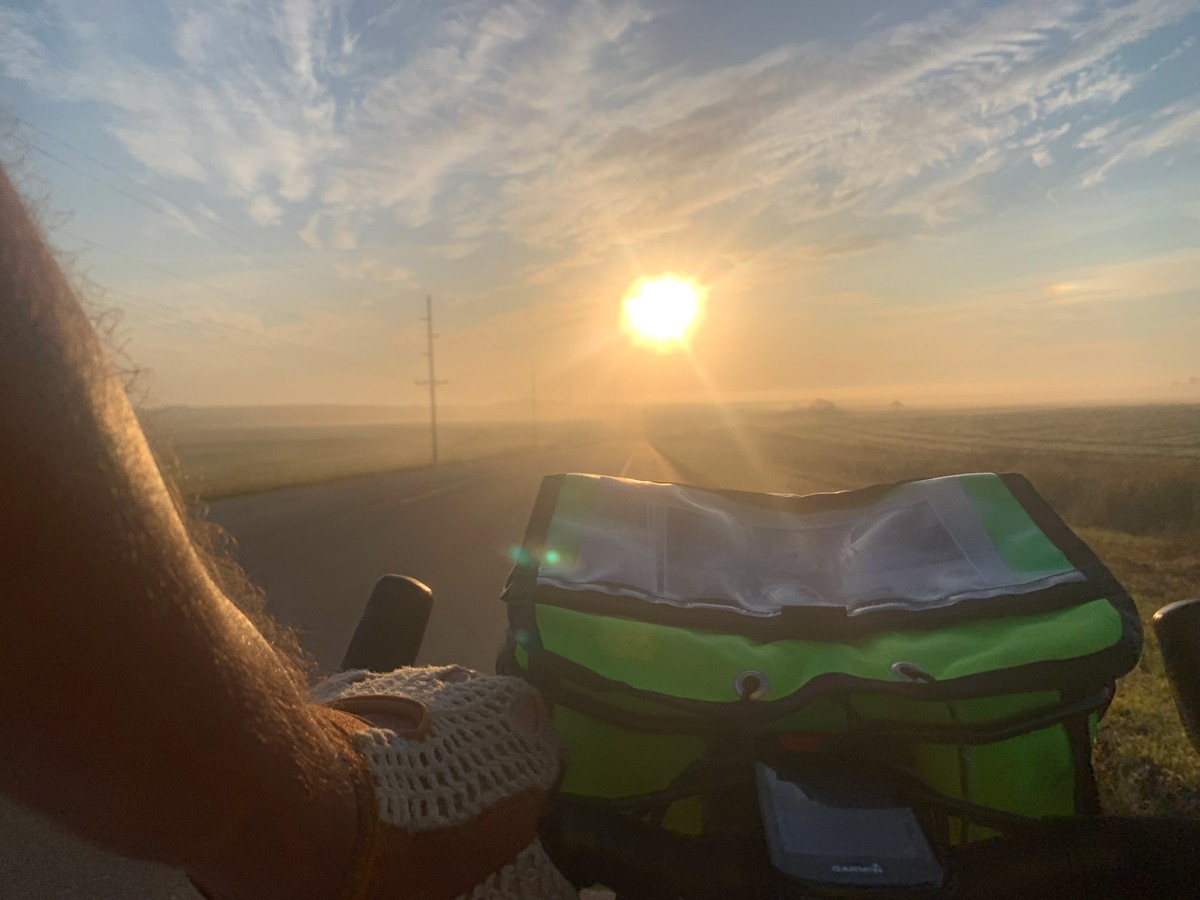 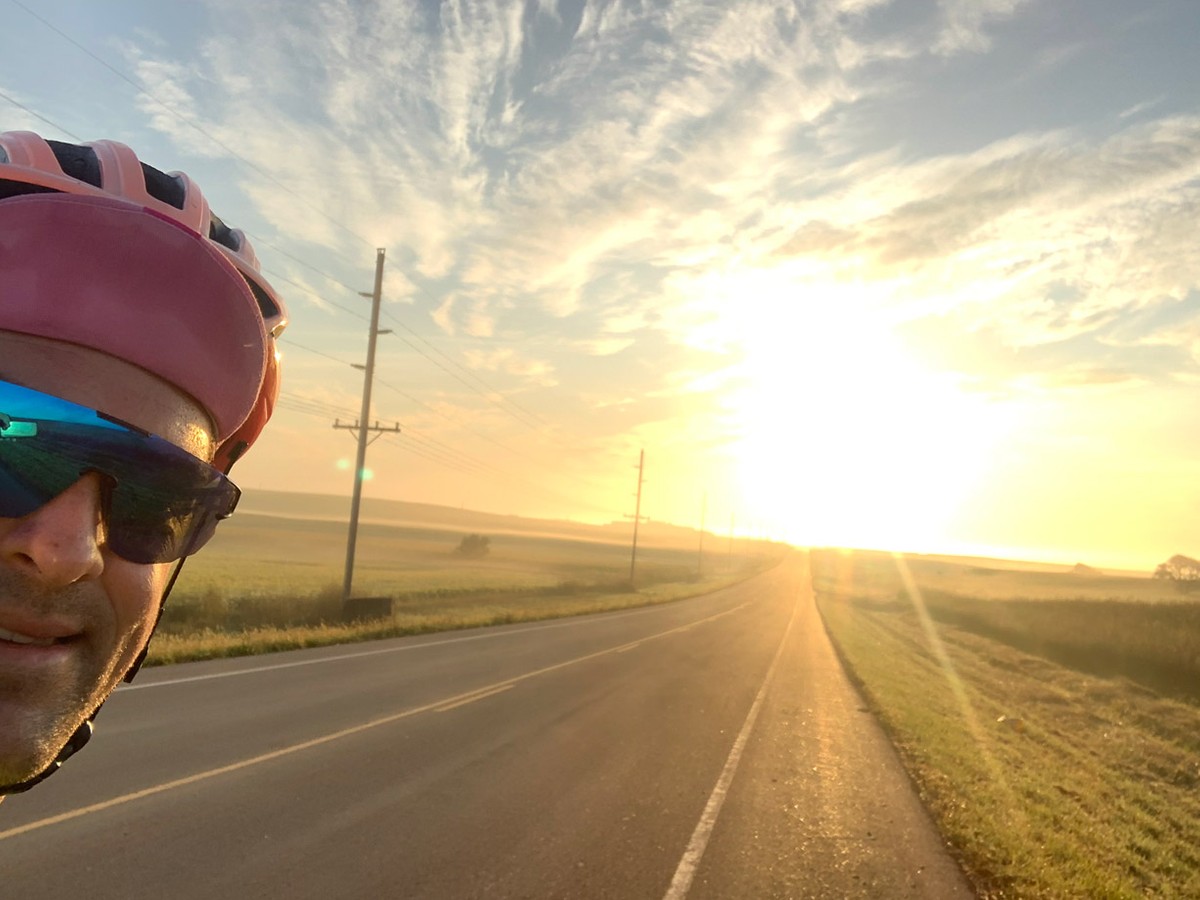 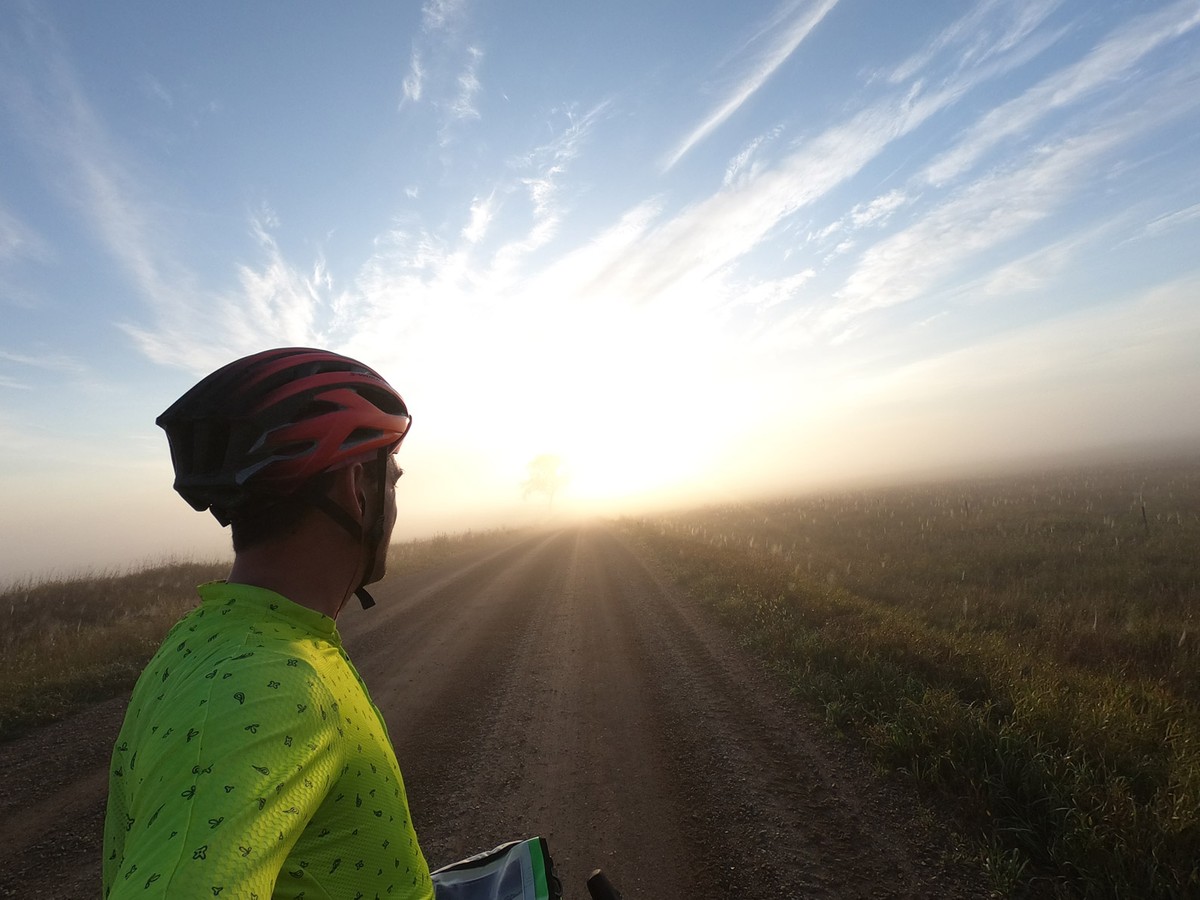 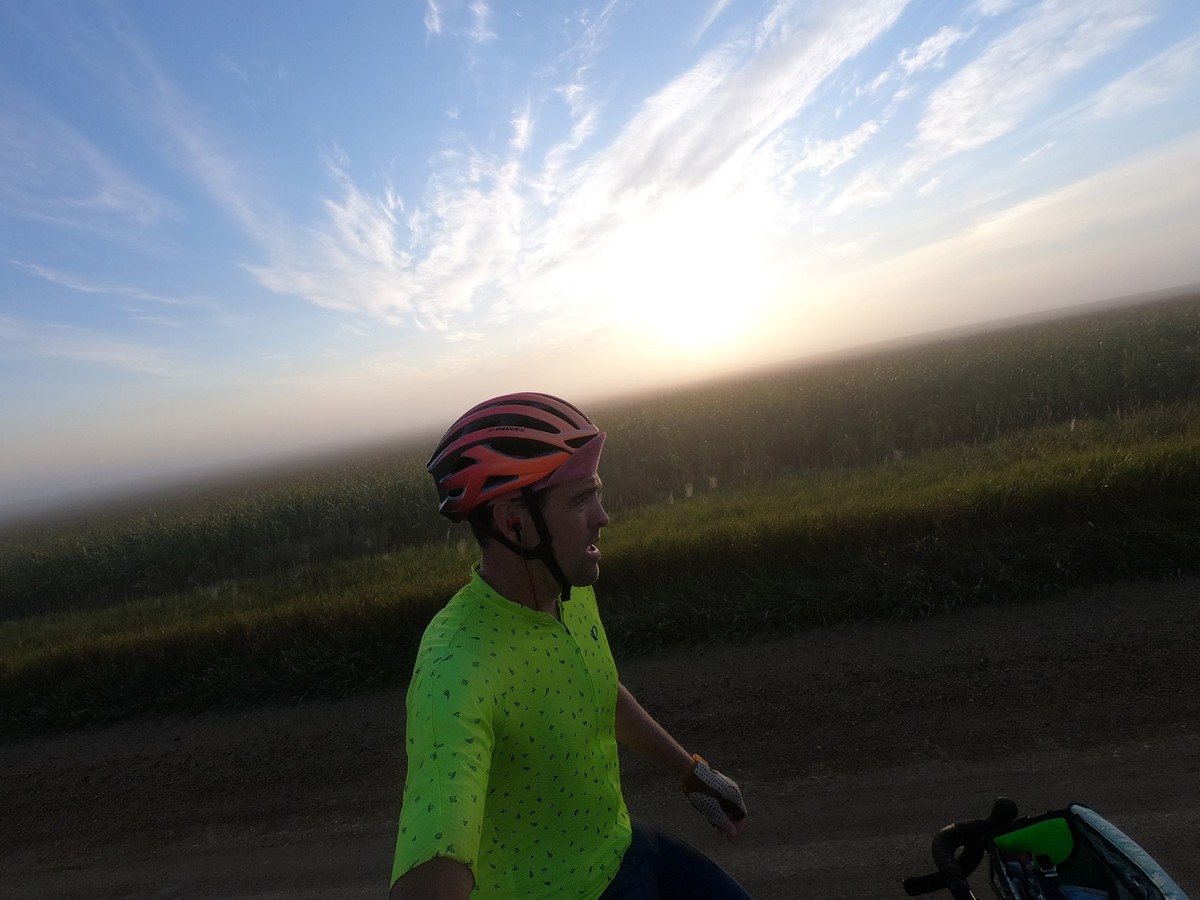 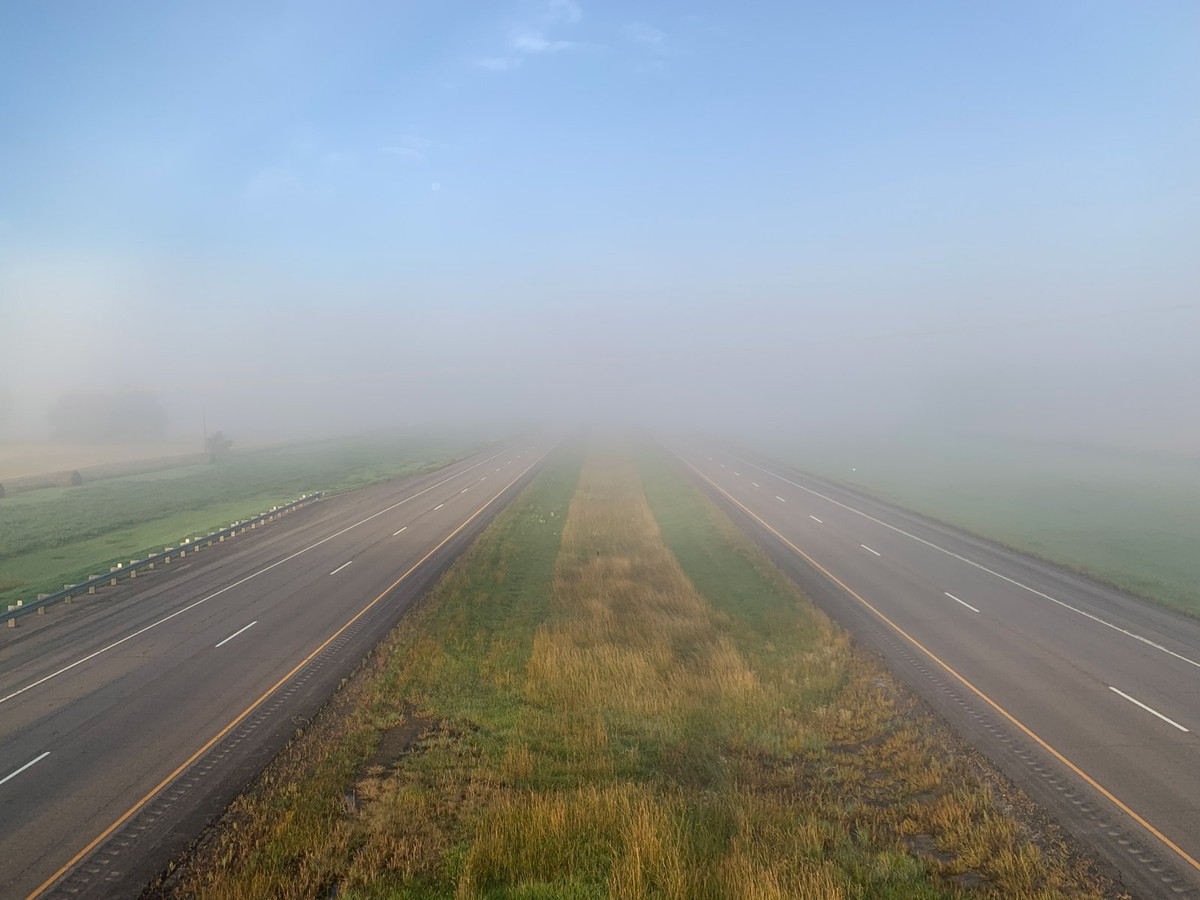 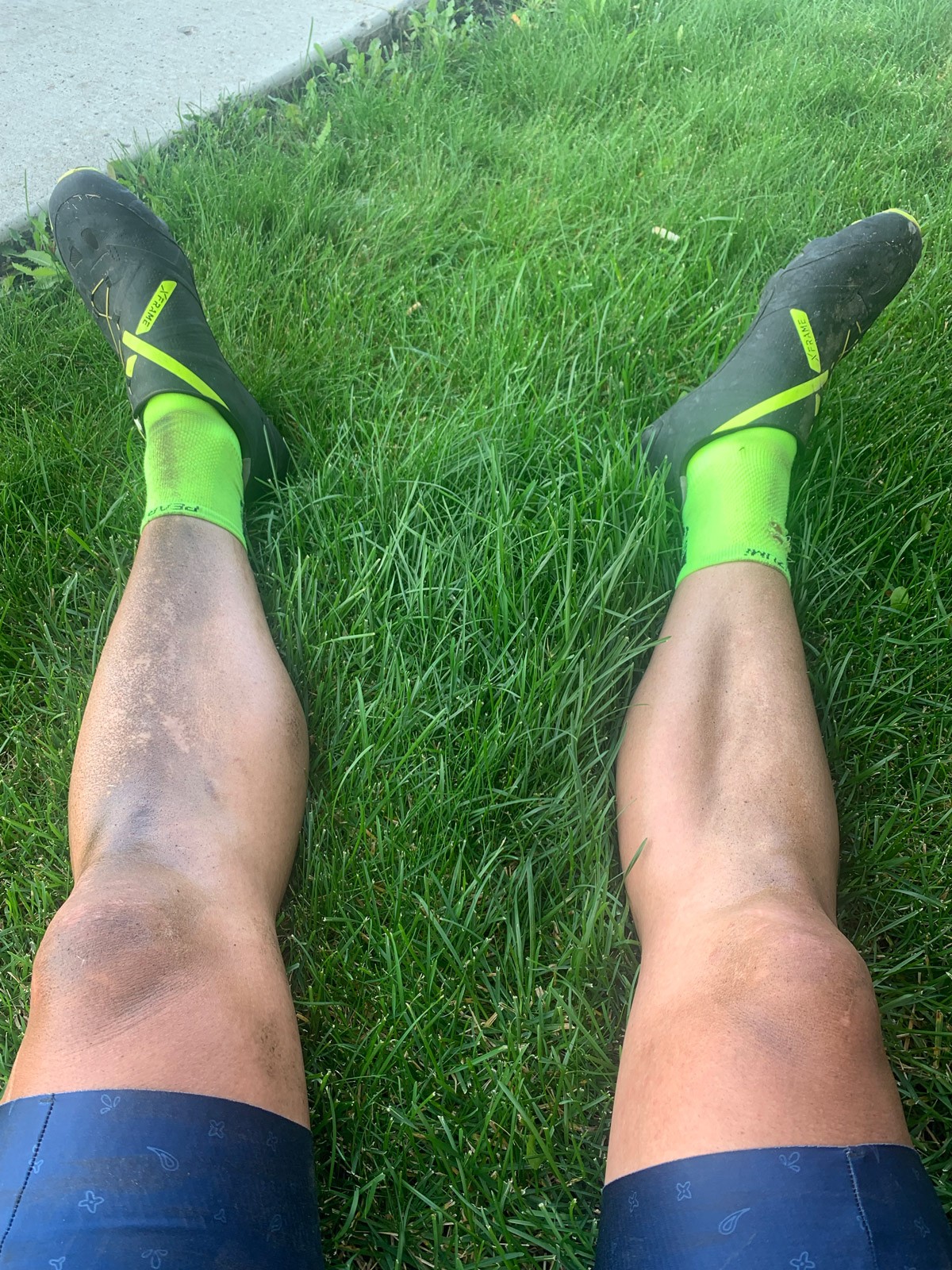 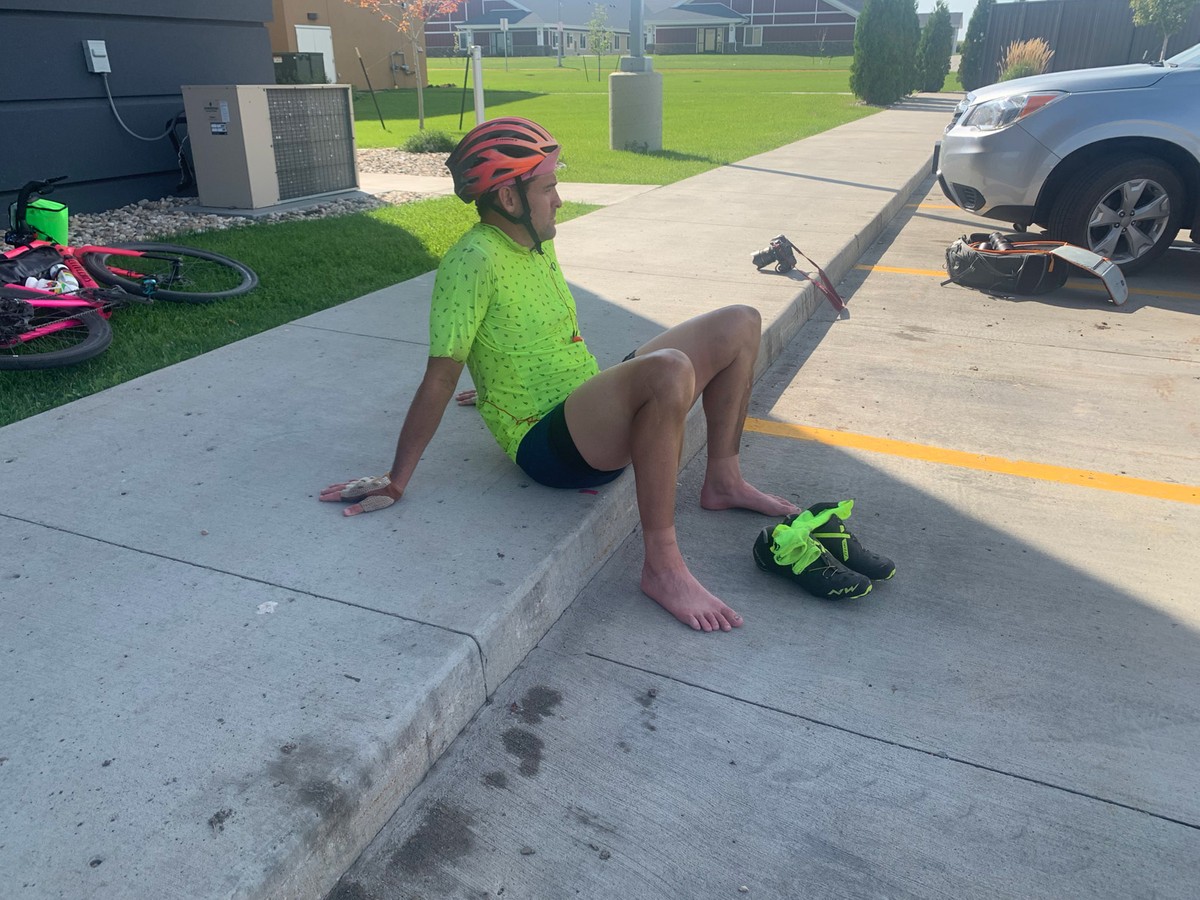 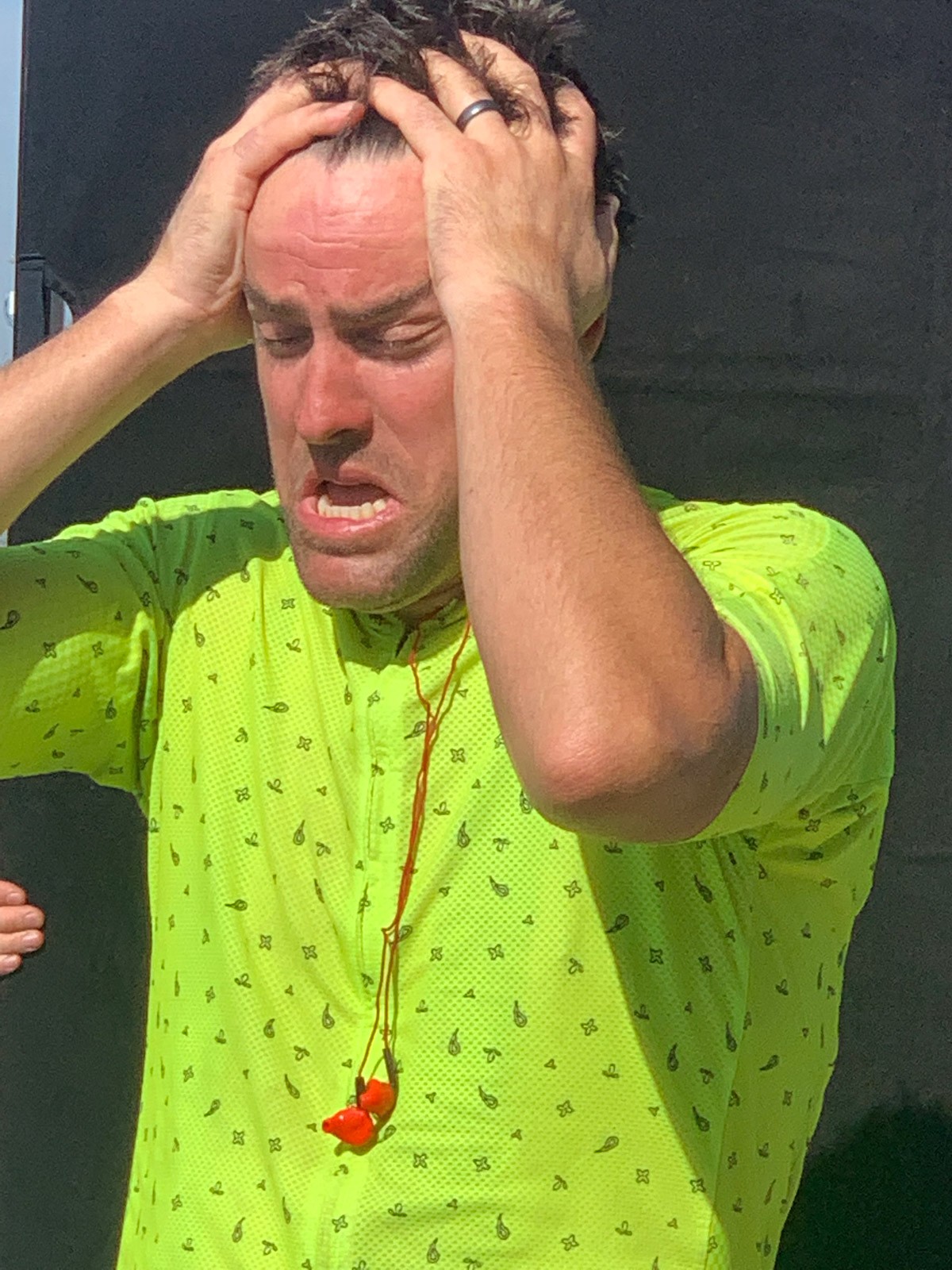 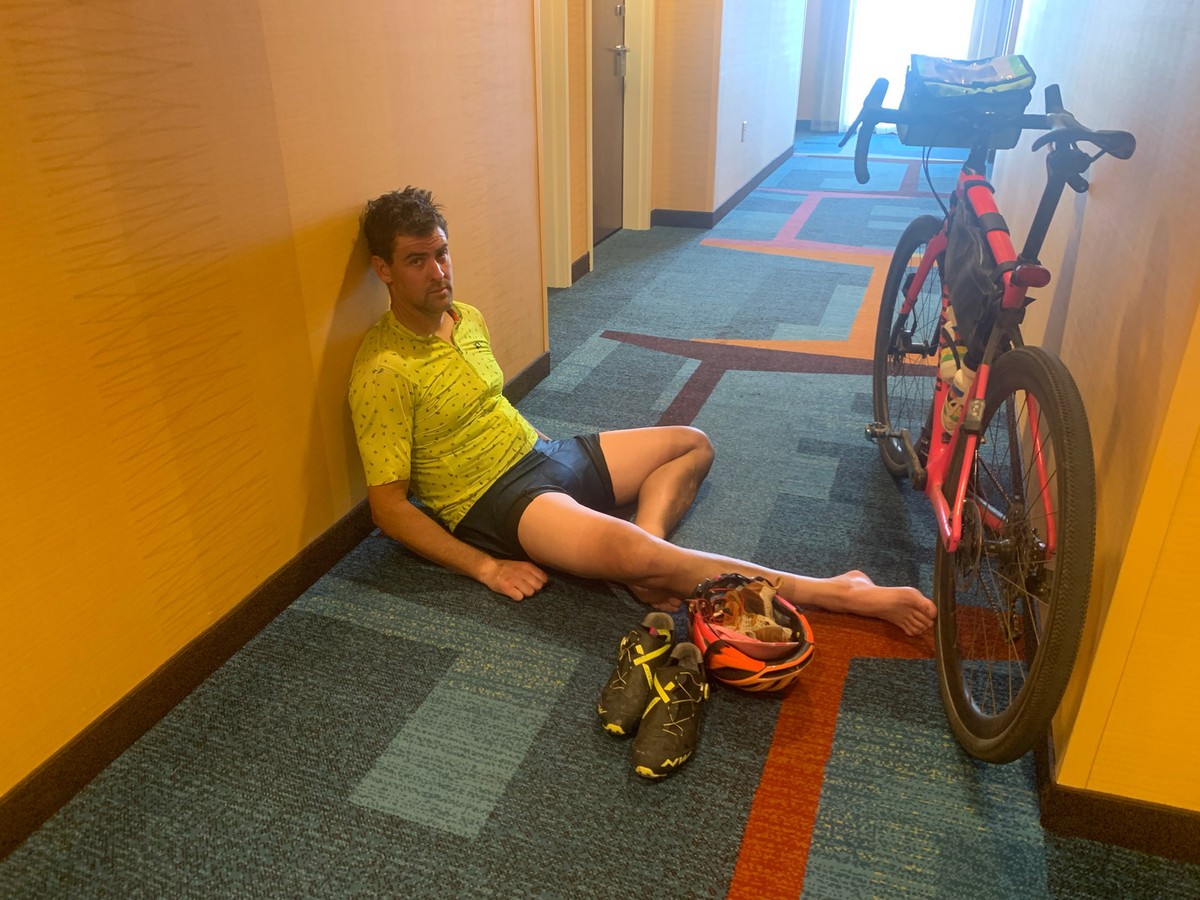 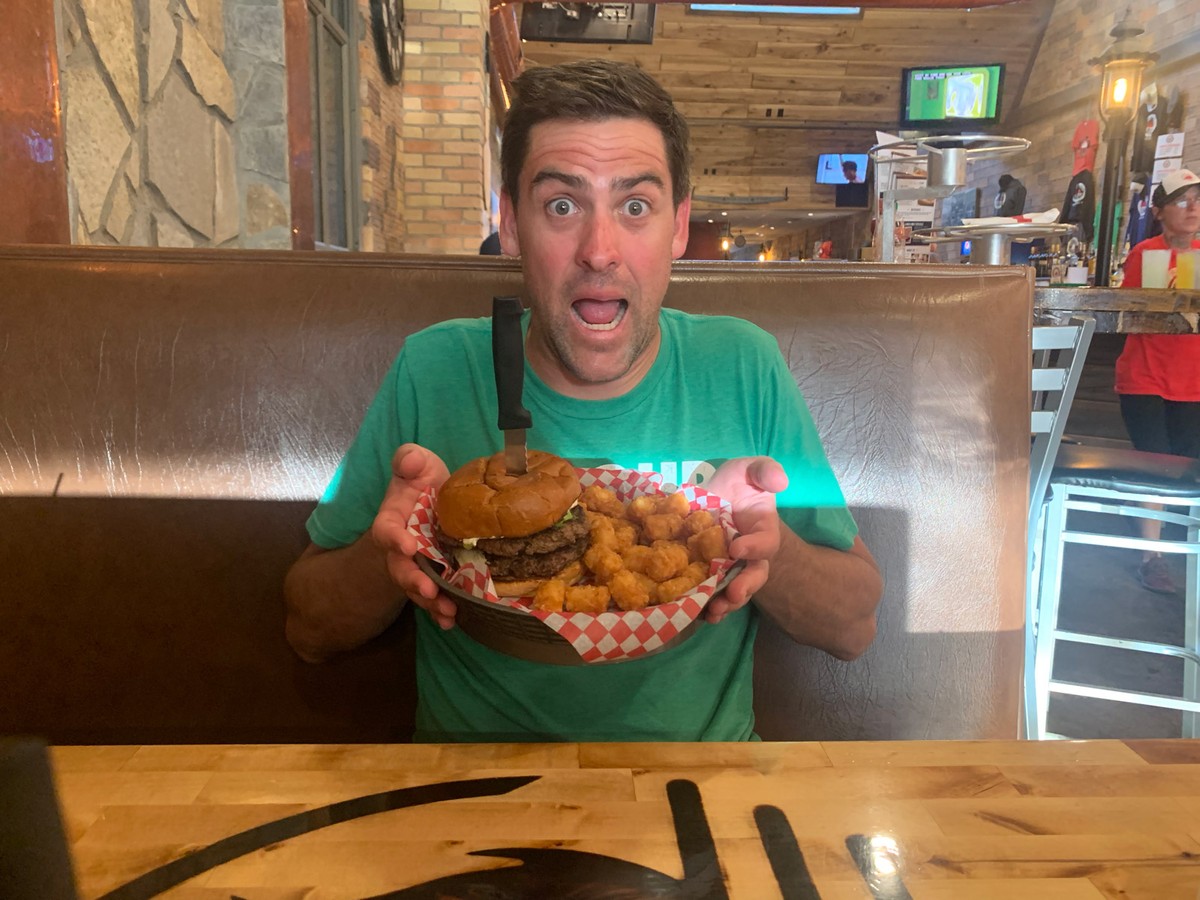