I woke up to another sunrise in Fargo to try to beat the heat and the wind. After riding through Fargo for about 5 miles, I crossed the Red River and into Minnesota! Another state down!

I do want to mention that Fargo had some really nice bike paths pretty much everywhere I went around the city and I certainly appreciated that.

Once I crossed into Minnesota, I had some long and straight roads for a good 30 miles and then the terrain started changing. I started to see a lot more trees and bodies of water… ponds, lakes and streams.

By the time I got to Ferguson Falls which was about 60 miles into the ride, there seemed to be water everywhere. We had a nice lunch at Café 116 in Ferguson Falls.

After a few miles I got on the Central Lakes Trail… a rail trail. If I’m honest, I am often skeptical about bike paths because you don’t know how well they have been maintained. Sometimes they can be erratic and just not very time efficient. But this trail was quite nice. There were sections that could use a little bit of maintenance but in general it was no worse than being on the road. Plus, it was really nice to be off the roads!!

I got to ride the rail trail all the way to Alexandria, Minnesota where I am now (about 35 miles). The ride ended up being about 107 miles (Strava said 105 miles, but it froze for a few miles in the middle). We are staying at a little resort off of Darling Lake called Arrowhead.

But first, I stopped at Jake’s Bikes. I thought it was about time to get a once over on the bike. I wanted someone to look at and tune-up my Specialized Diverge bike. Also, the rear tire in particular was looking pretty worn after all the miles I put on since leaving Anacortes, Washington. If you remember, I got a flat on the first day and that has held beautifully, but it was bulging just a little bit and I did not want it to become a bigger problem. Terry did a great job on my bike and all the folks at Jake’s Bikes were great!

Today was a little cooler and although there was some wind, it was mostly a crosswind and I was more sheltered because there are certainly more trees now that I am in Minnesota. There’s also some protection when I’m on the rail trail compared with being out on the open road.

Today was my 9th straight day of doing over 100 miles, and although today felt pretty good, I’m really excited about tomorrow. I only have about 70 or 75 miles to do and that will certainly feel like a little bit of recovery for me! 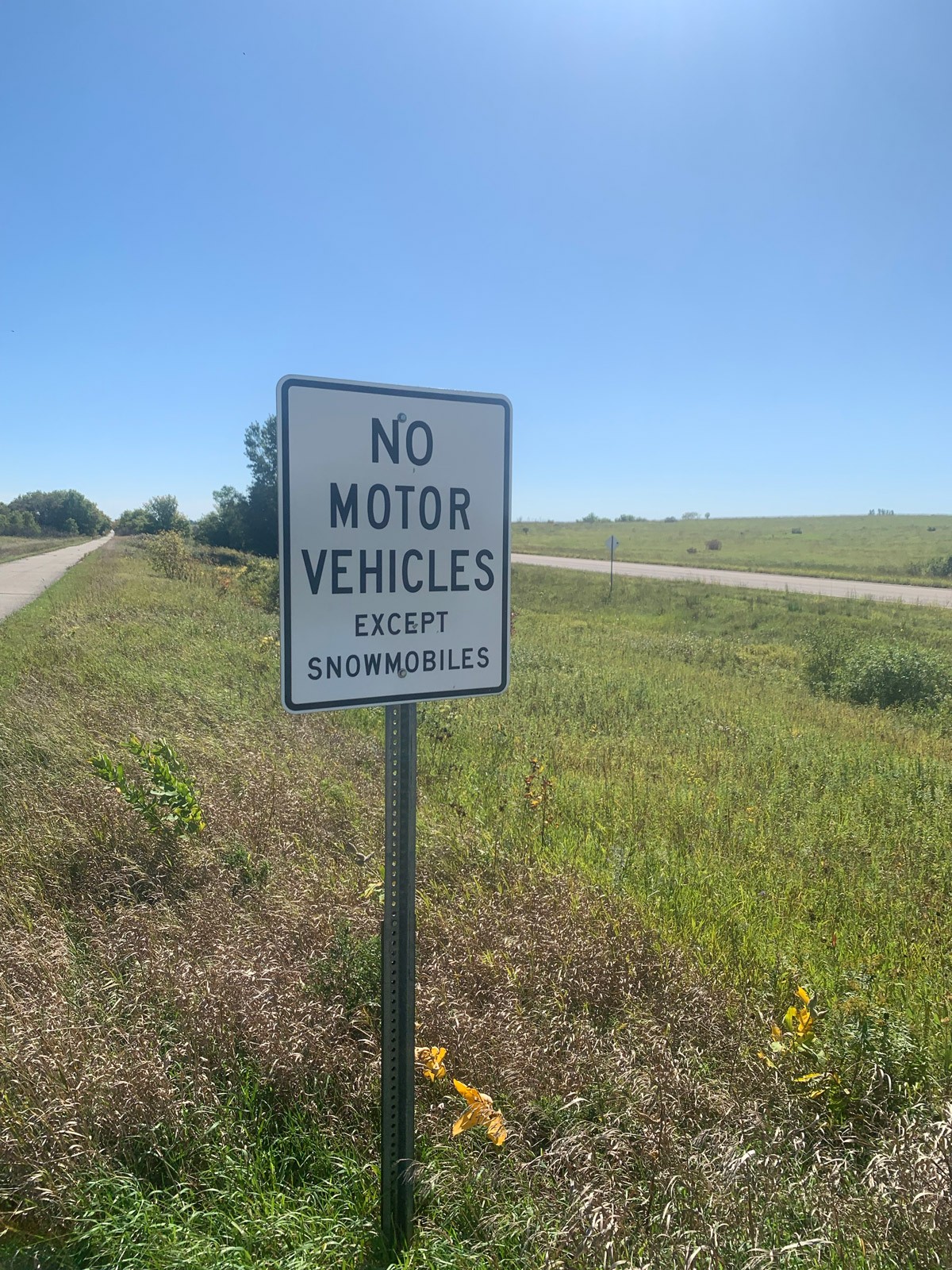 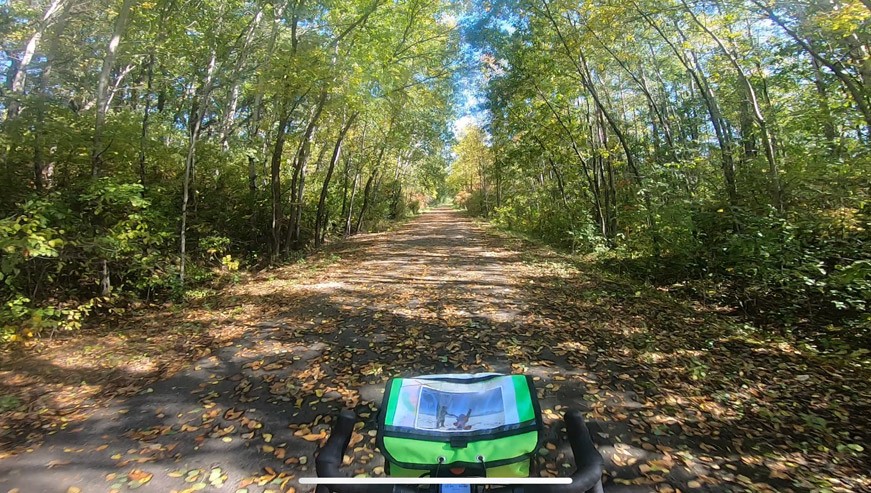 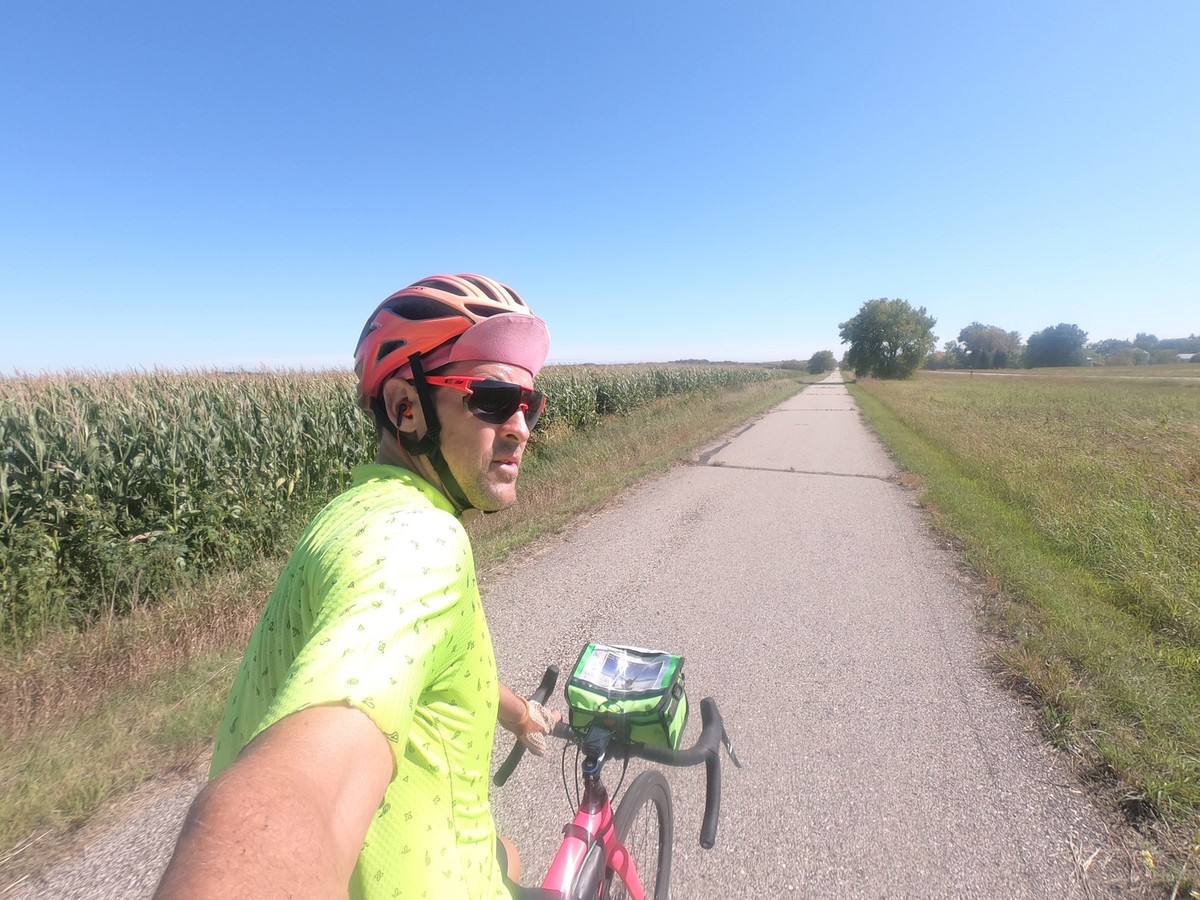 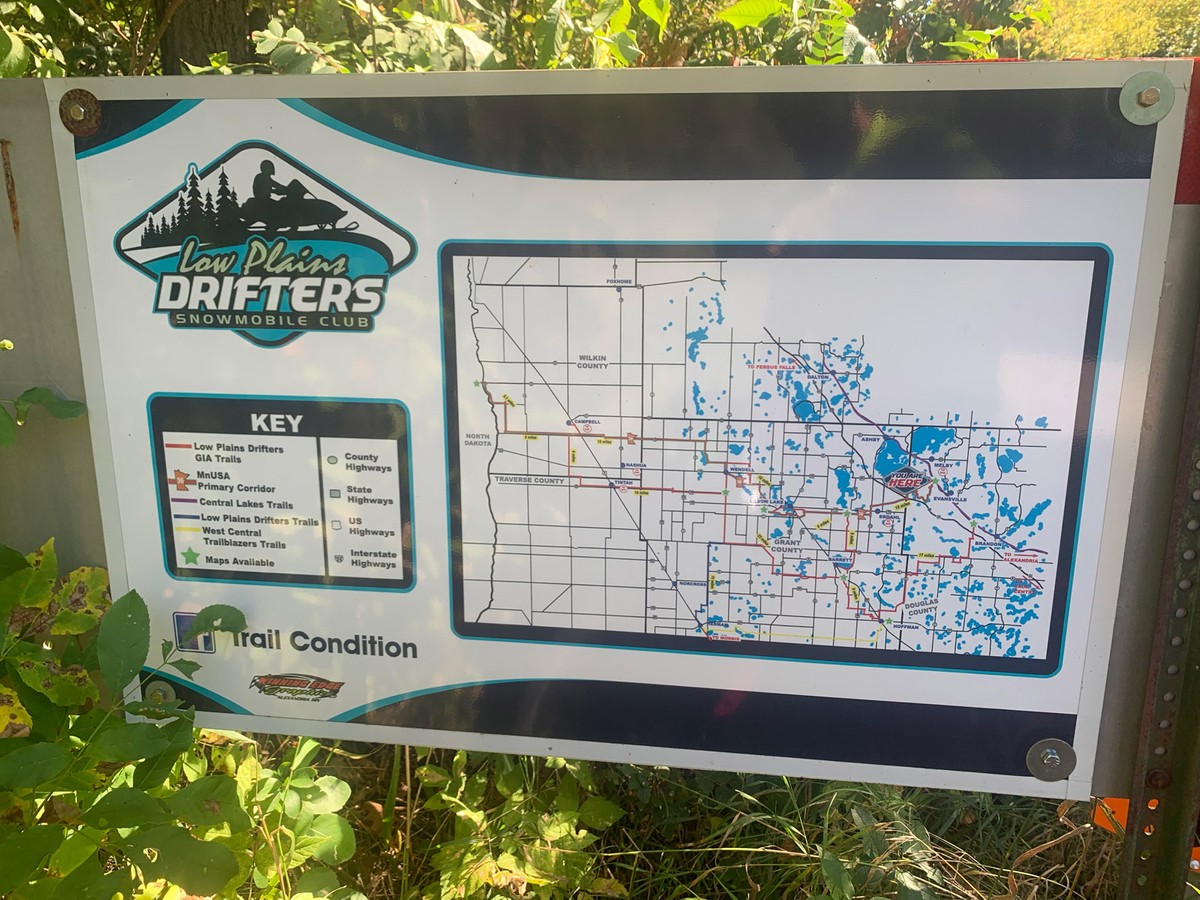 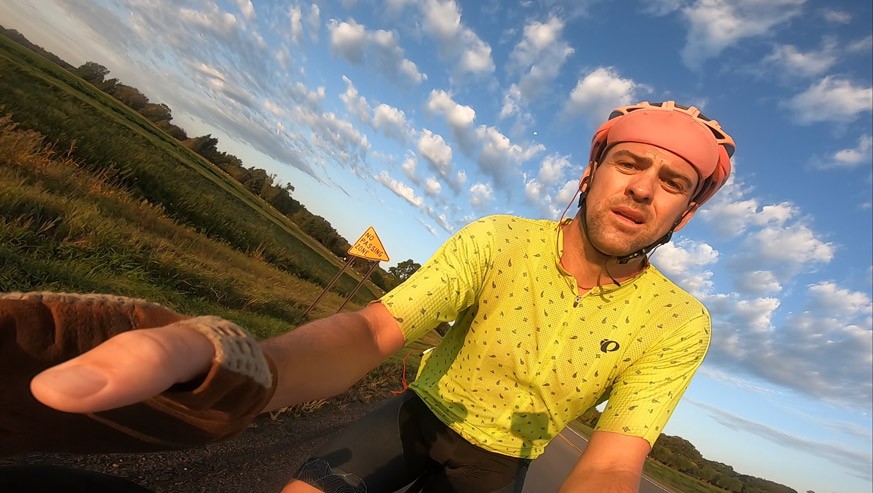 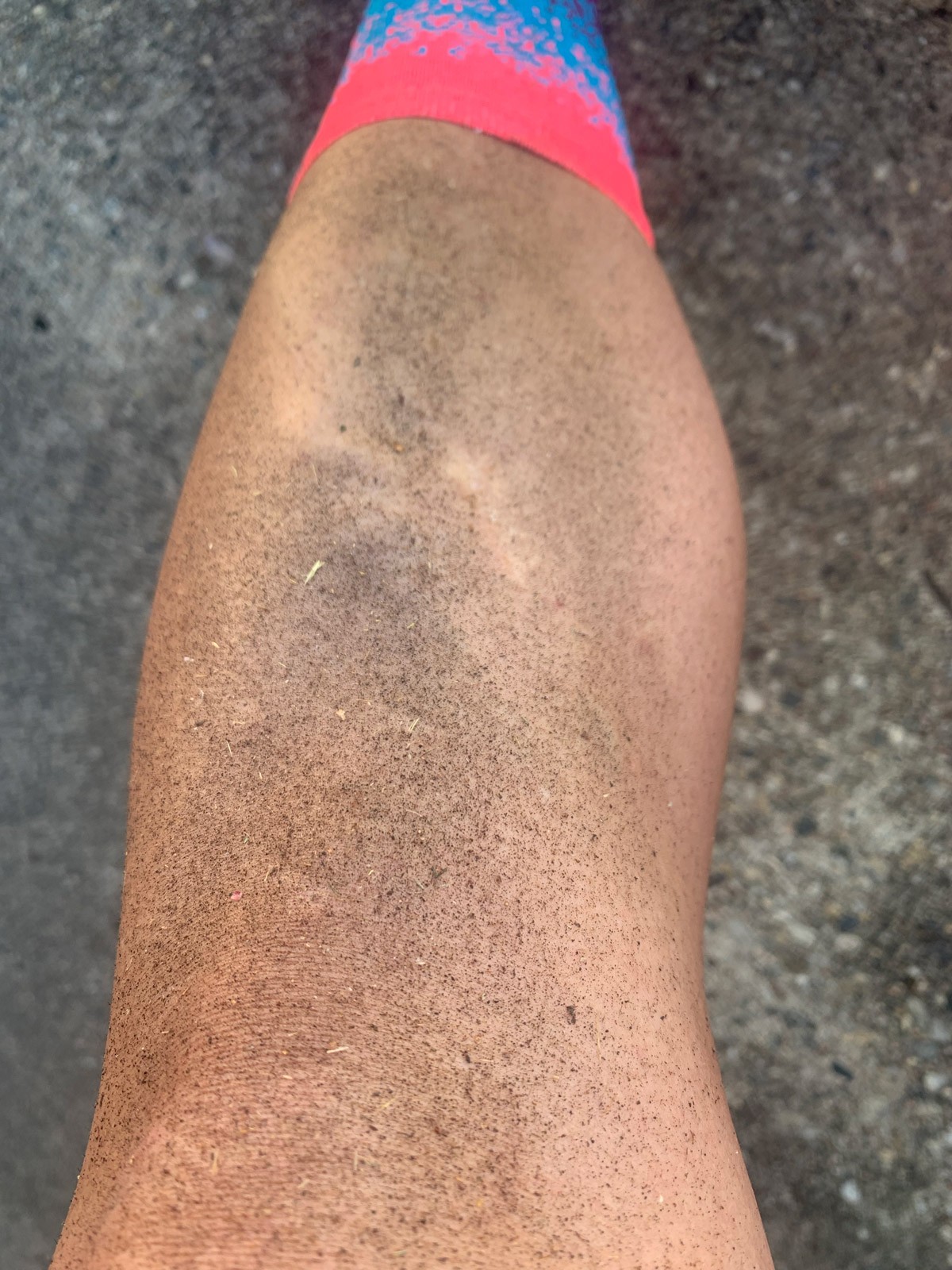 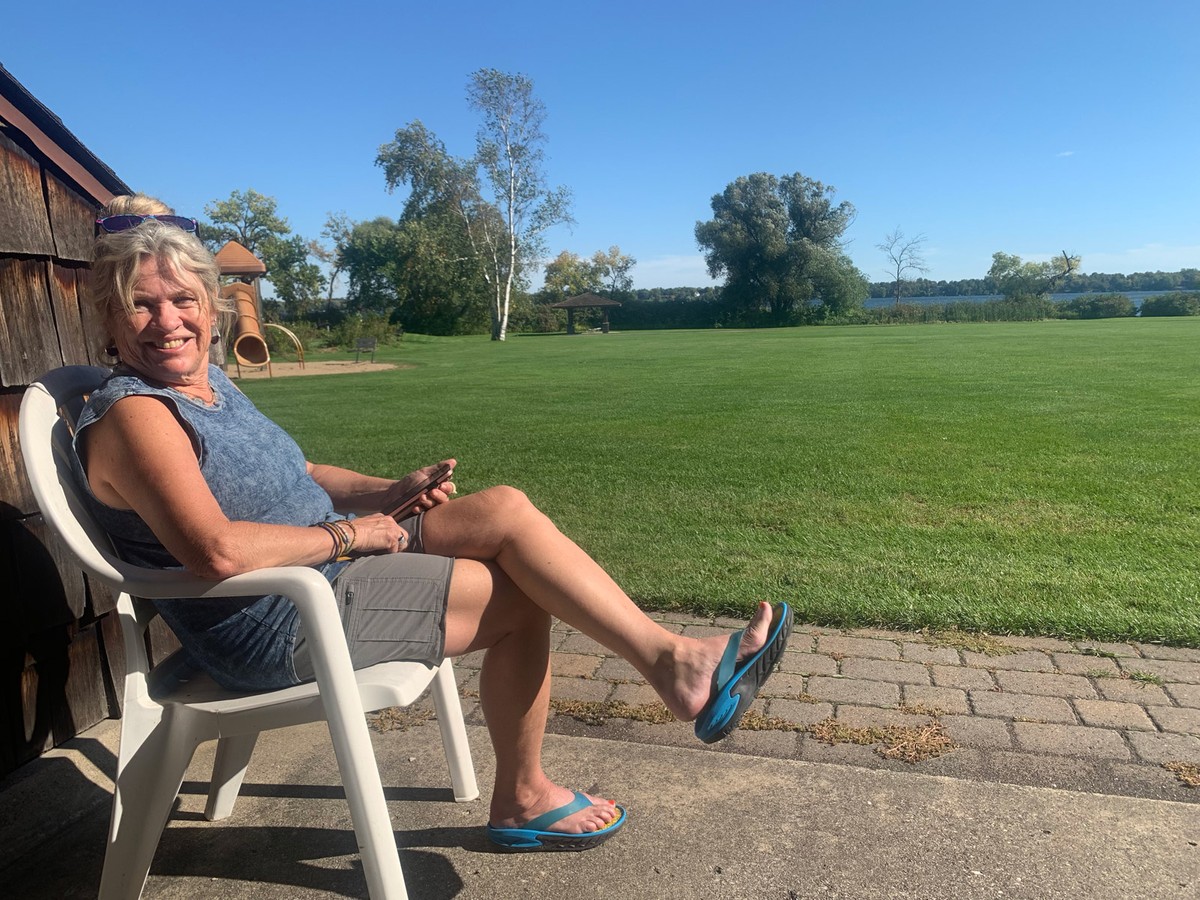 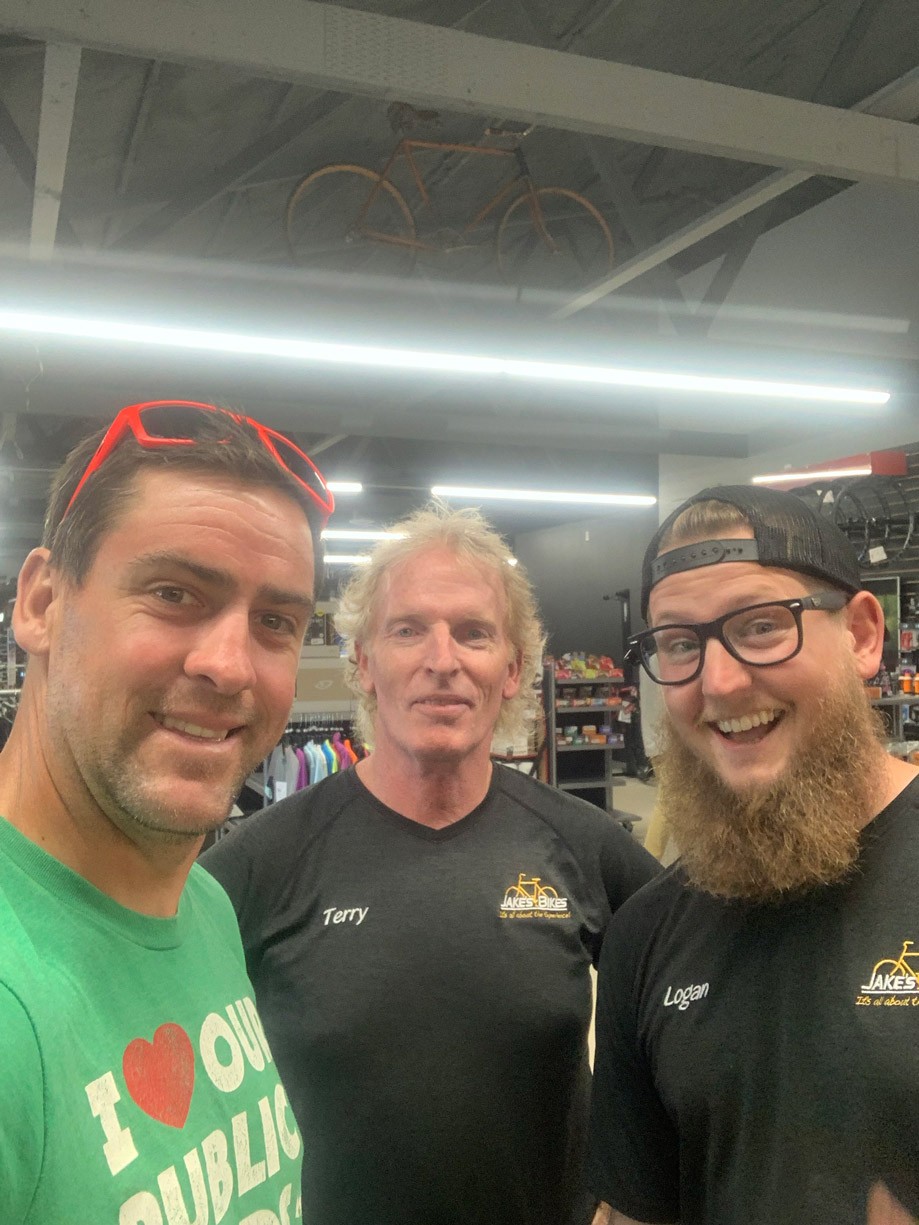