Last night, we had a great time staying with our friend and climbing partner from Everest, Kara Stinson. We woke up on the shore of Lake Erie this morning. Kara was nice enough to bump the car 25 miles east so Caroline could ride there rather than have to do an out and back.

It was a little cooler today and there was a slight headwind. The plan was to go a little shorter today… 88 miles just across the border into Pennsylvania. We got a little bit later start and rode the lakefront road into Cleveland. We were able to find a number of bike paths that took us right through parts of downtown Cleveland, which was fun.

Just to the east of Cleveland, the terrain started changing and rolling a little bit more. There were also more trees and large homes that lined the streets we rode. After 25 miles I was on my own and that was just about the point that the terrain really started changing a lot from the flatlands of the western part of Ohio. The hills weren’t super long, but they were definitely steeper and there was a decent amount of climbing today.

A highlight came about 45 miles in near Burton, OH. A cousin of my moms that lives in Akron, Ohio drove up with her husband and met us for lunch! Thank you so much to Debbi and John Radish. We had a wonderful lunch with you and it was great meeting you for the first time!

I actually have old roots in Ohio and the Radish’s live in my great grandmother’s old house in Akron! Pretty cool stuff!

After lunch I continued on through some of the rolling hills. Not sure if it was the last couple of bigger days or staying up a little bit late last night, but I was pretty tired today. I was glad to have a shorter day and the cooler temps.

About 75 miles in I crossed into Pennsylvania! I think I will be in Pennsylvania for four or five days here as I work my way through the Appalachian Mountains. I expect some beautiful terrain to ride through, but now it is going to be a little bit tougher riding, especially on tired legs. But the coast is coming! 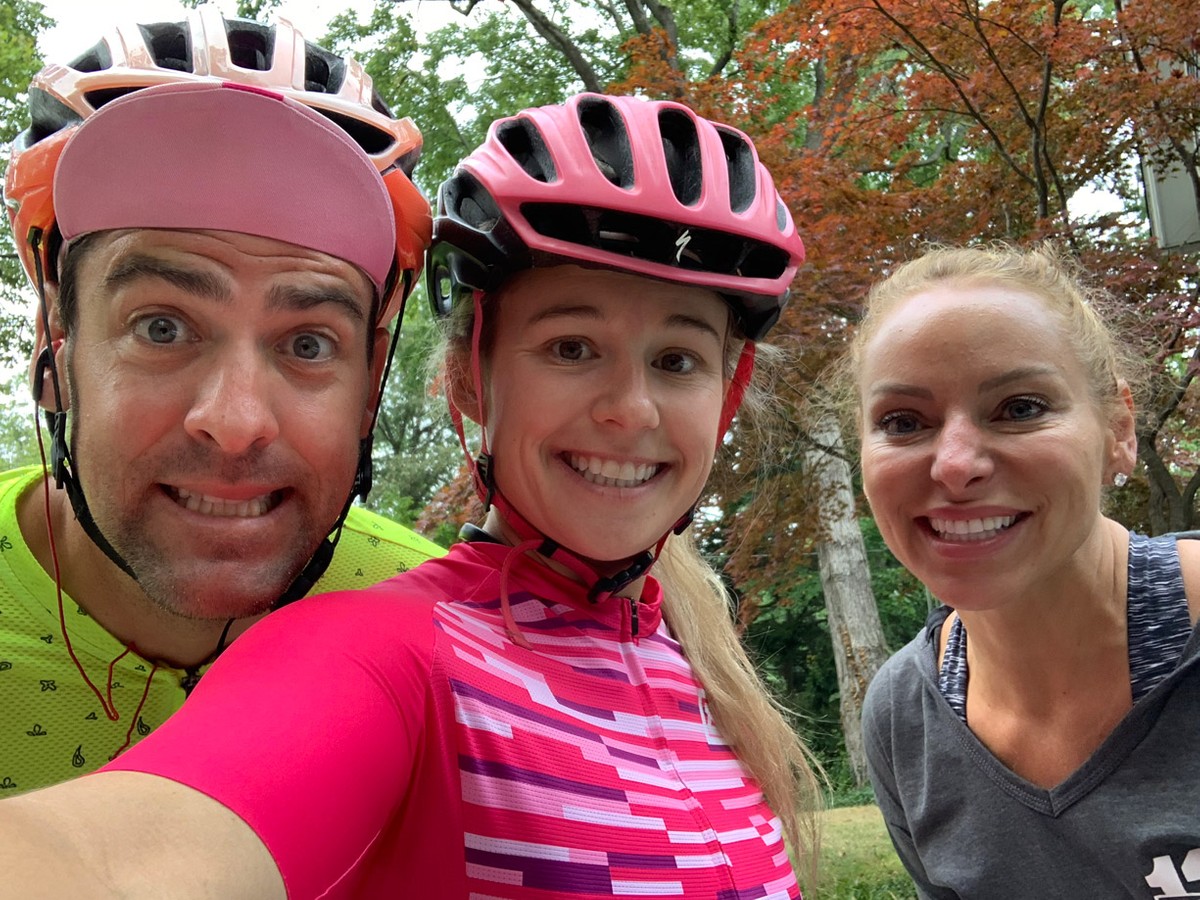 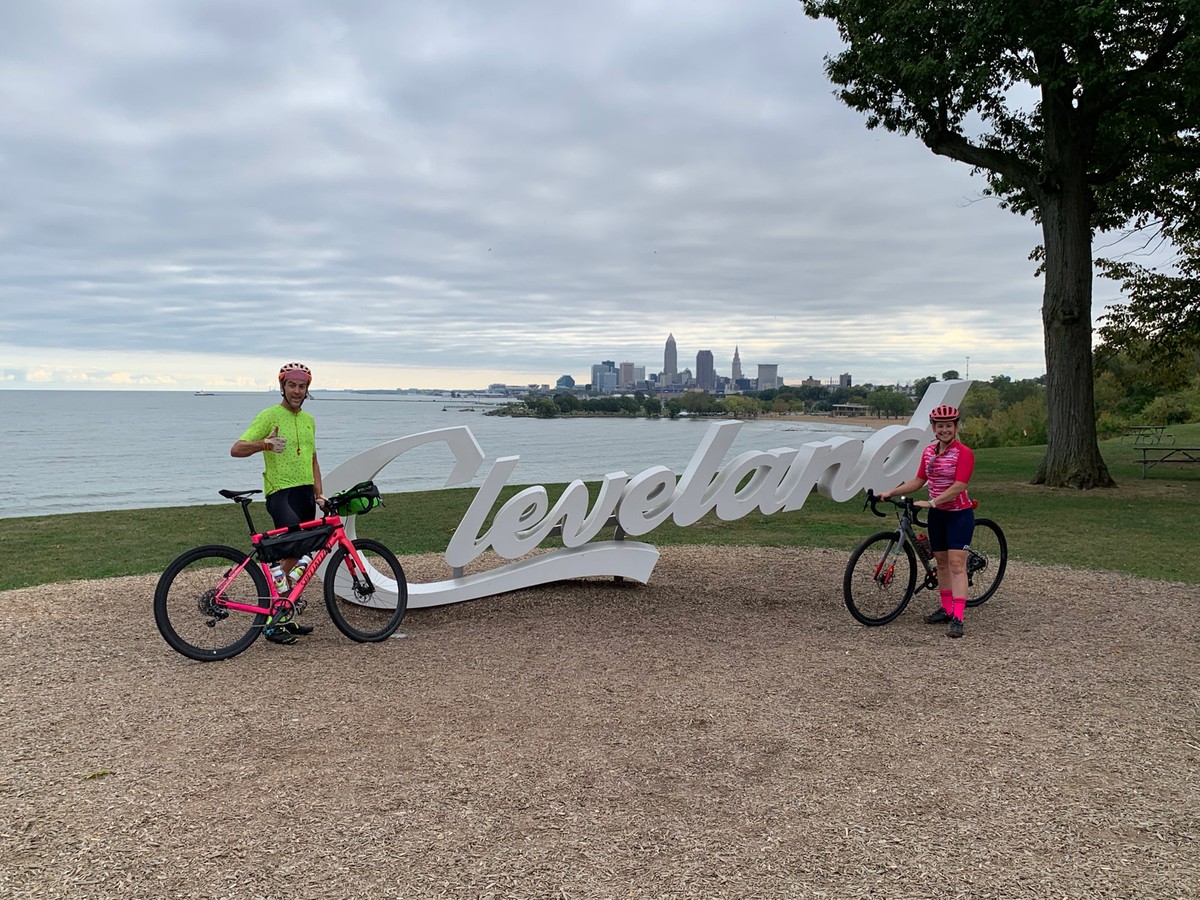 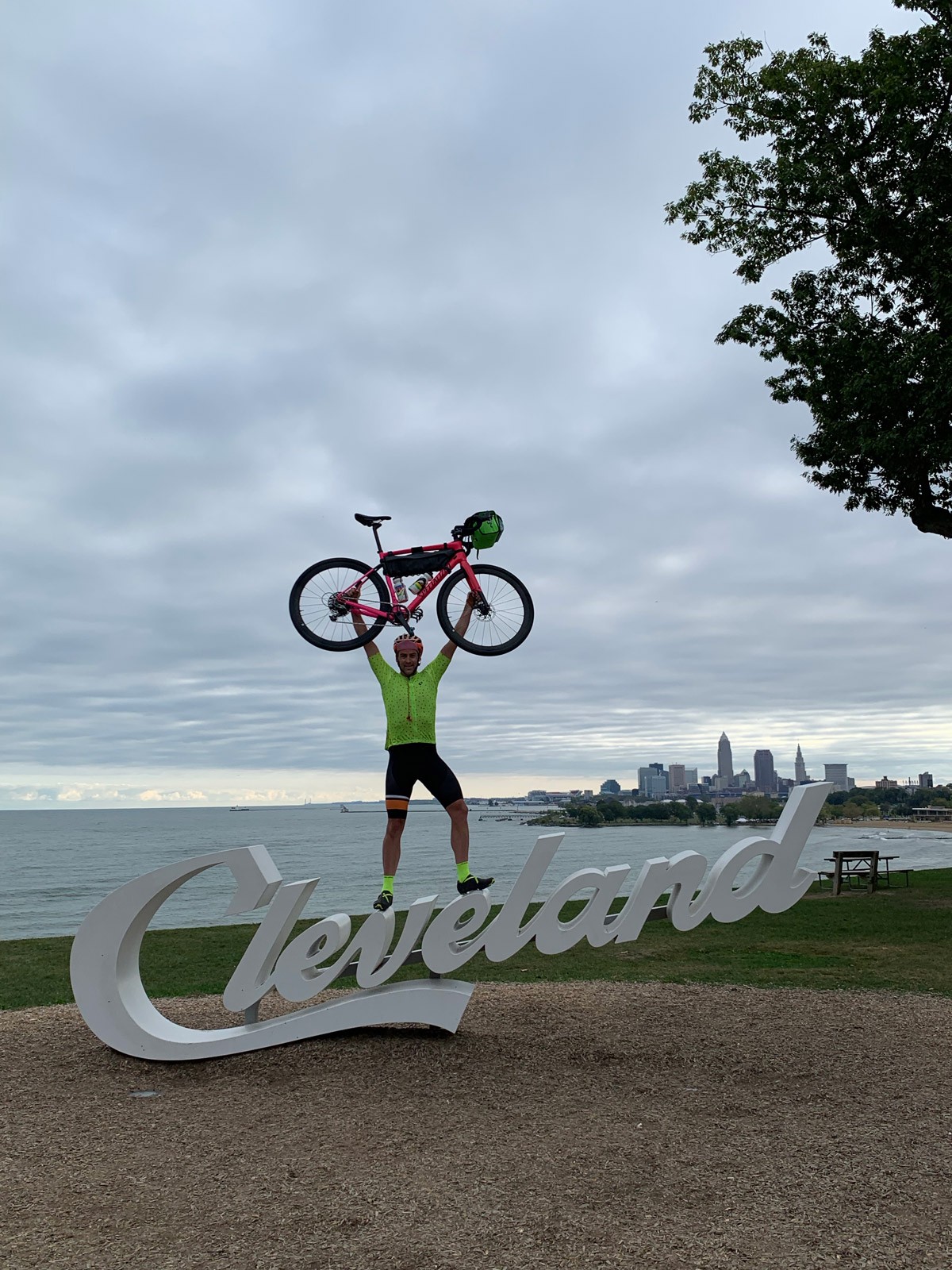 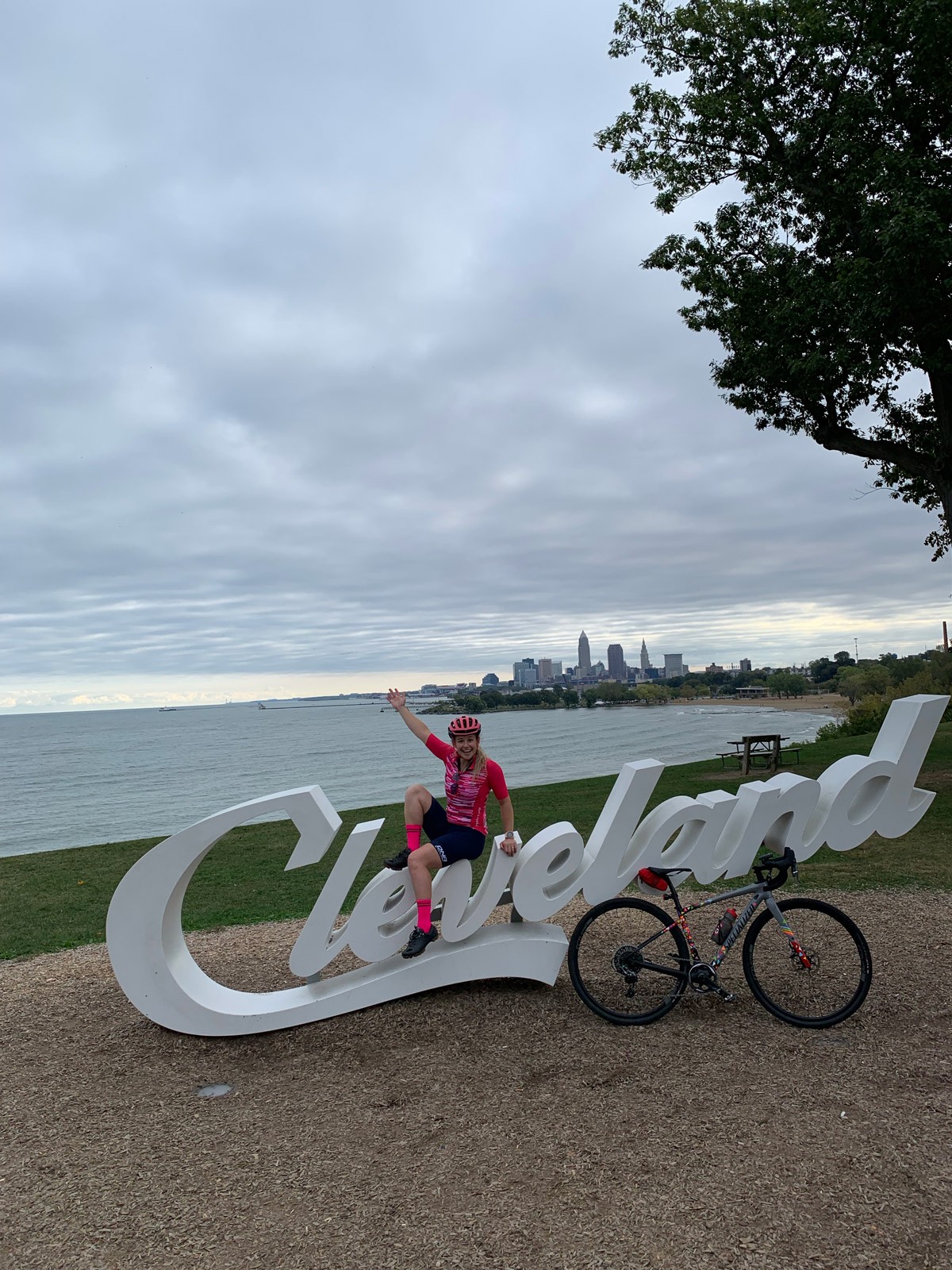 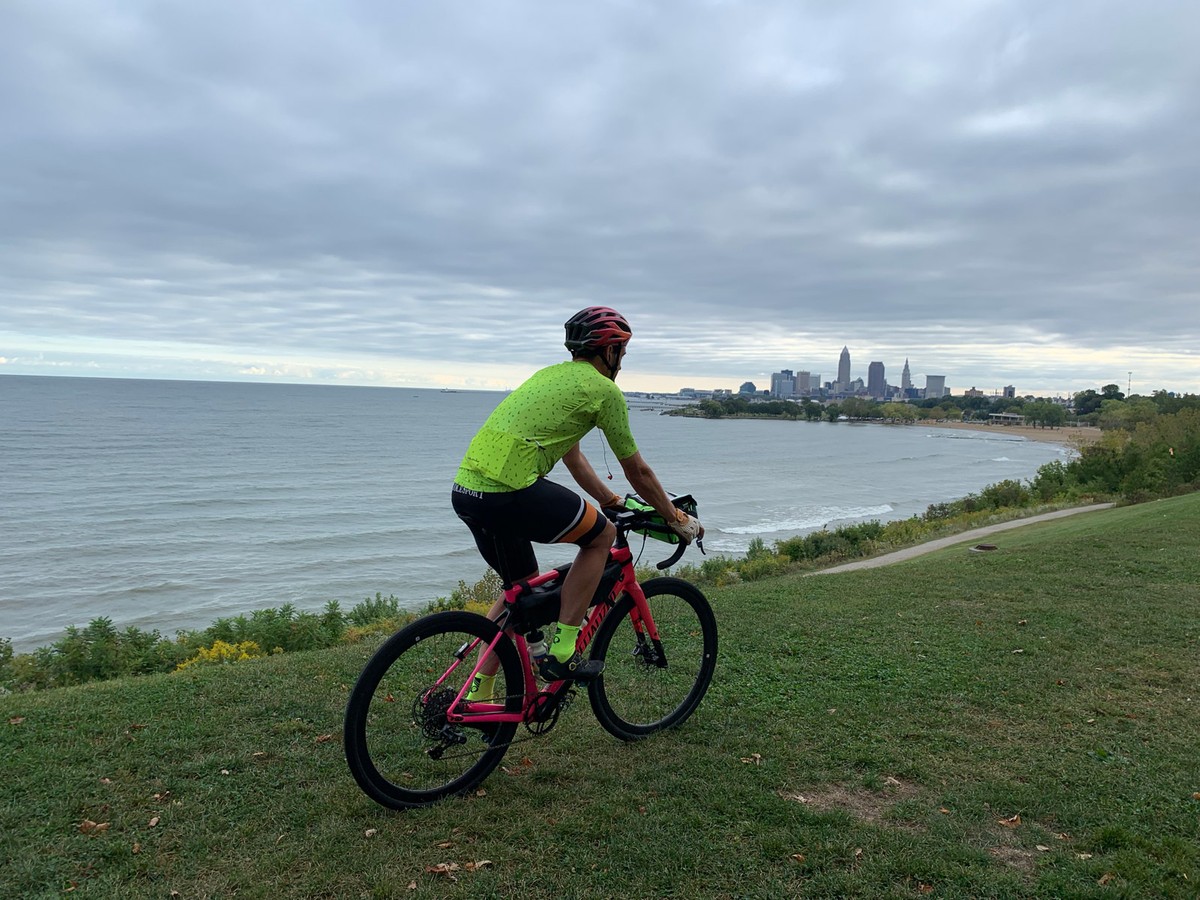 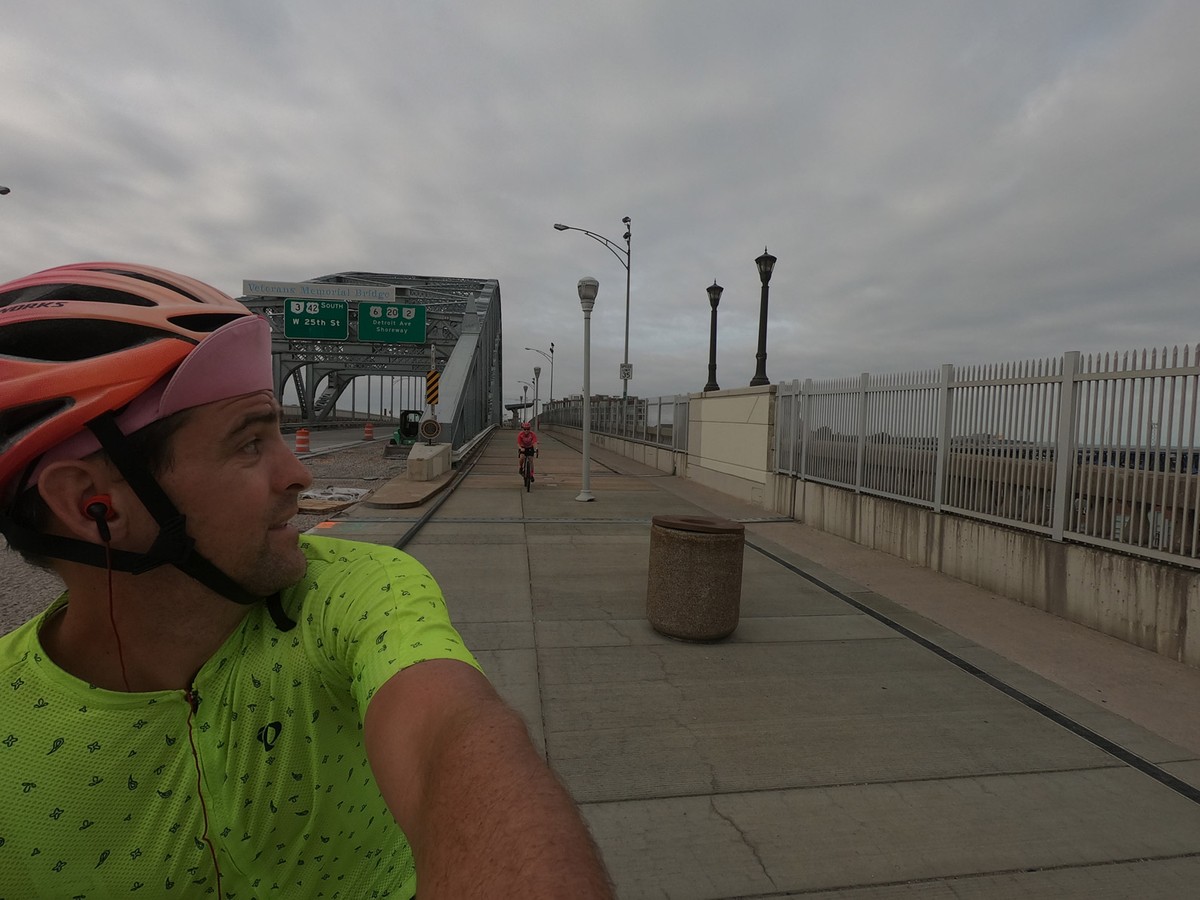 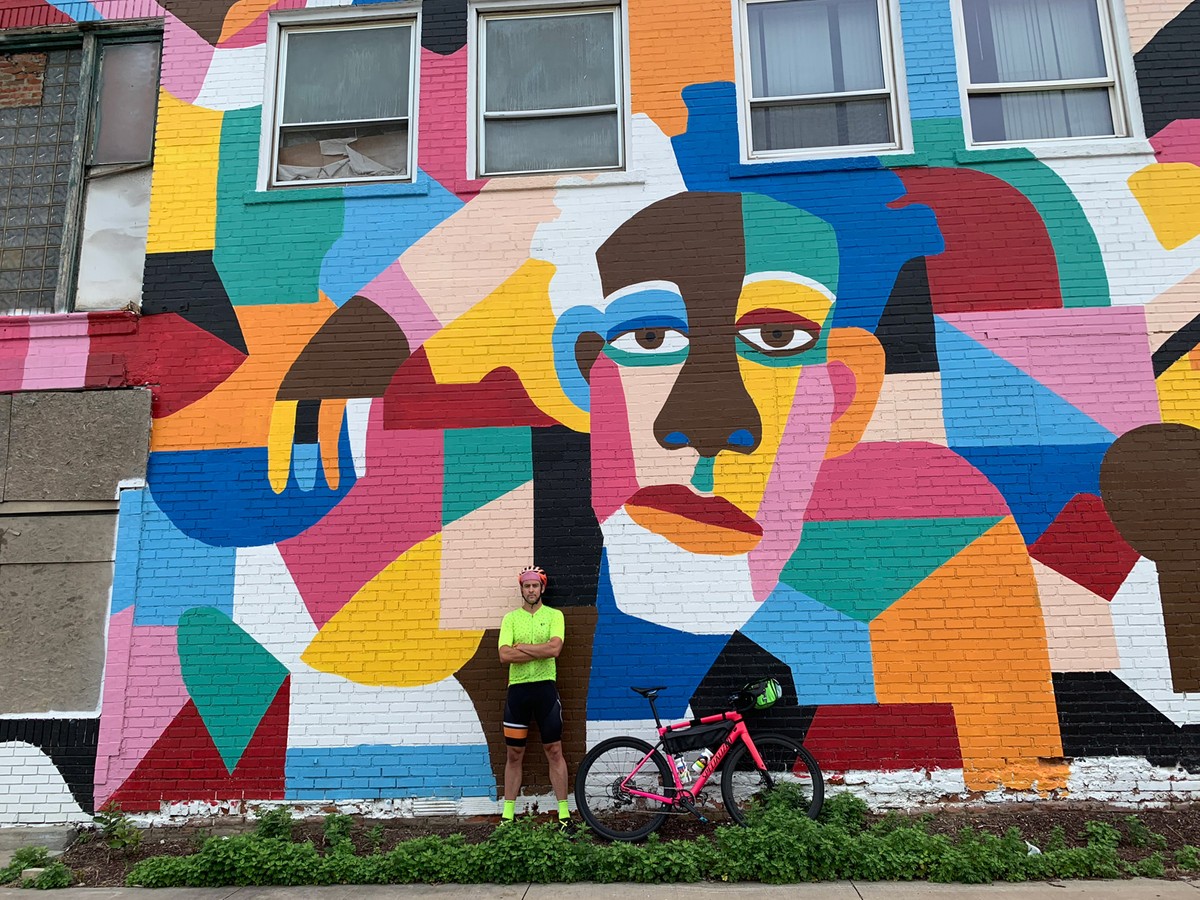 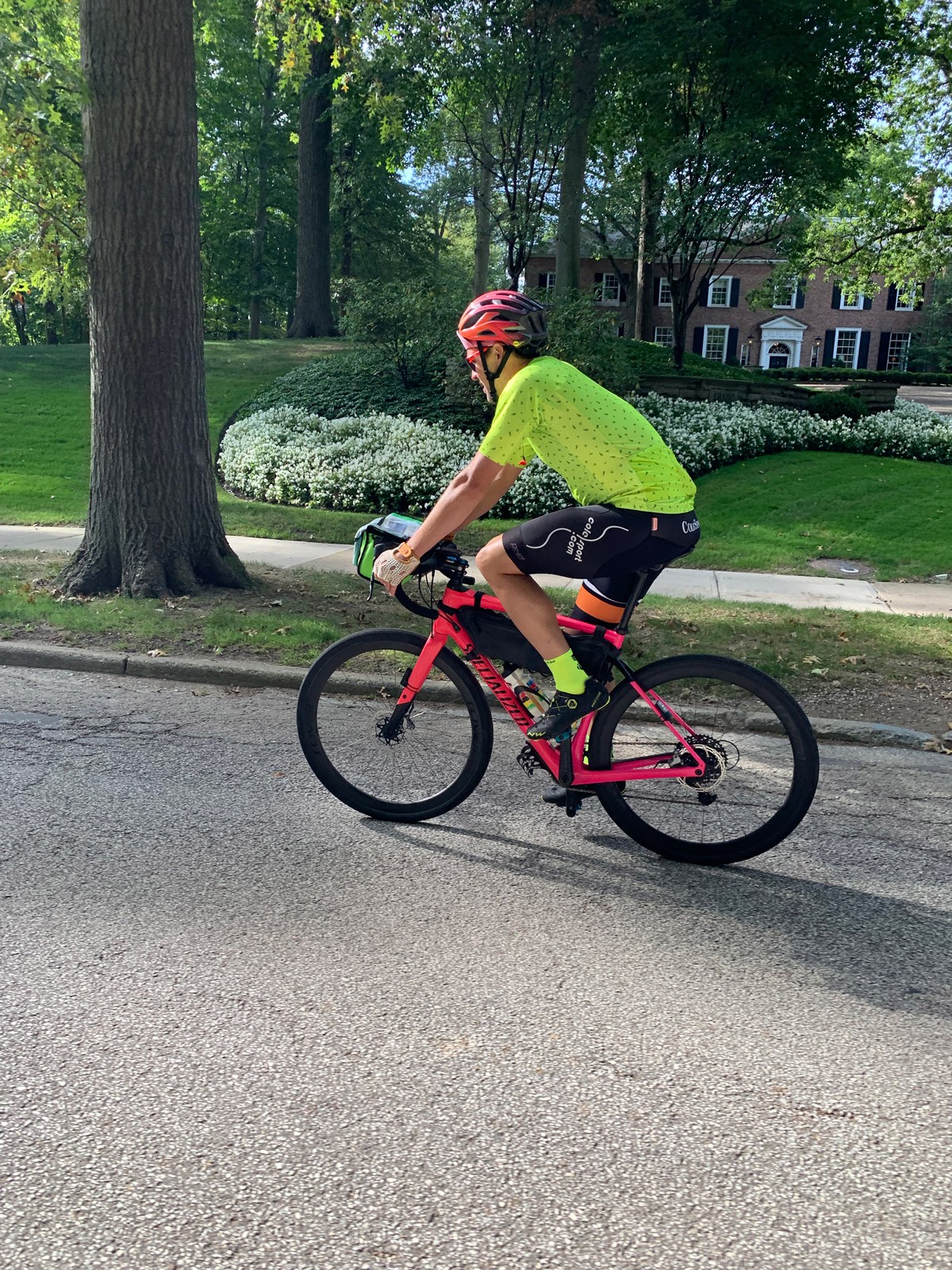 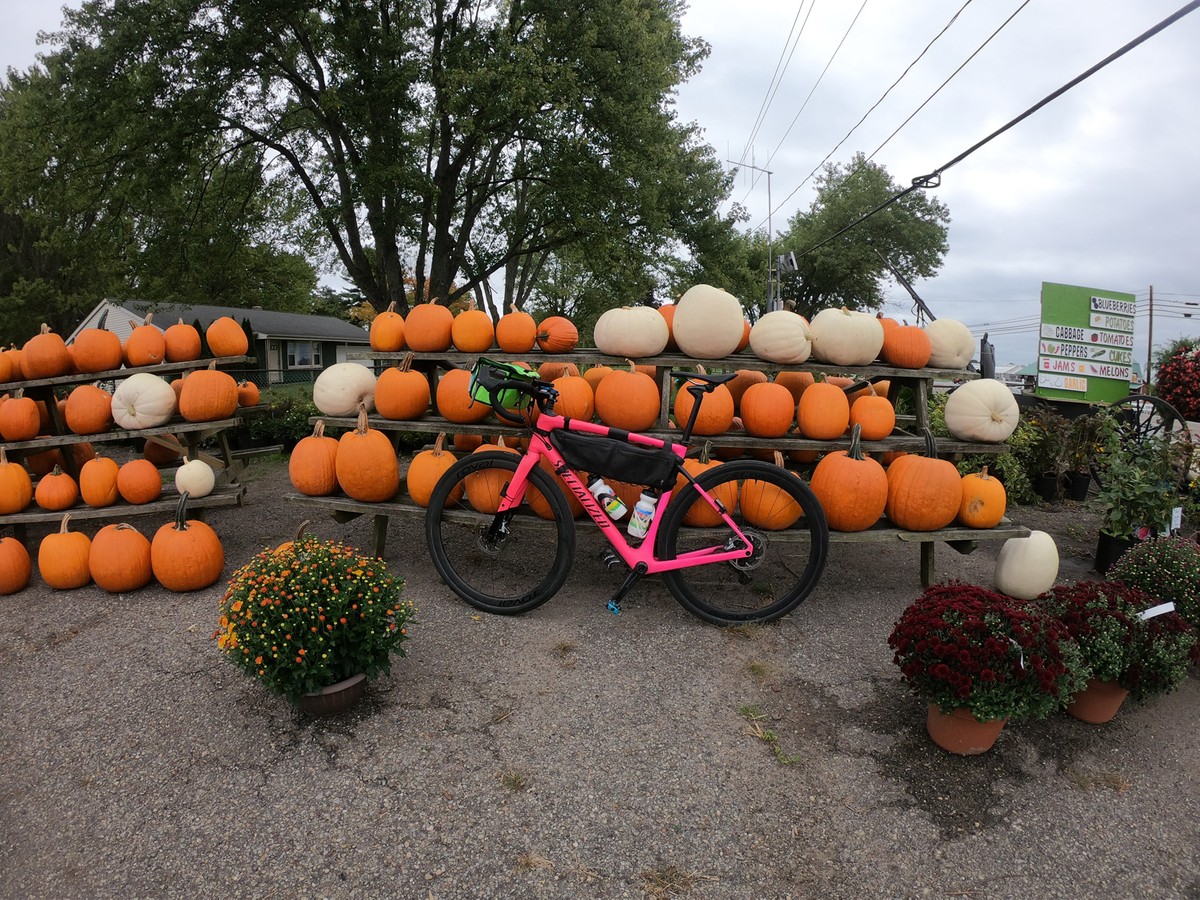 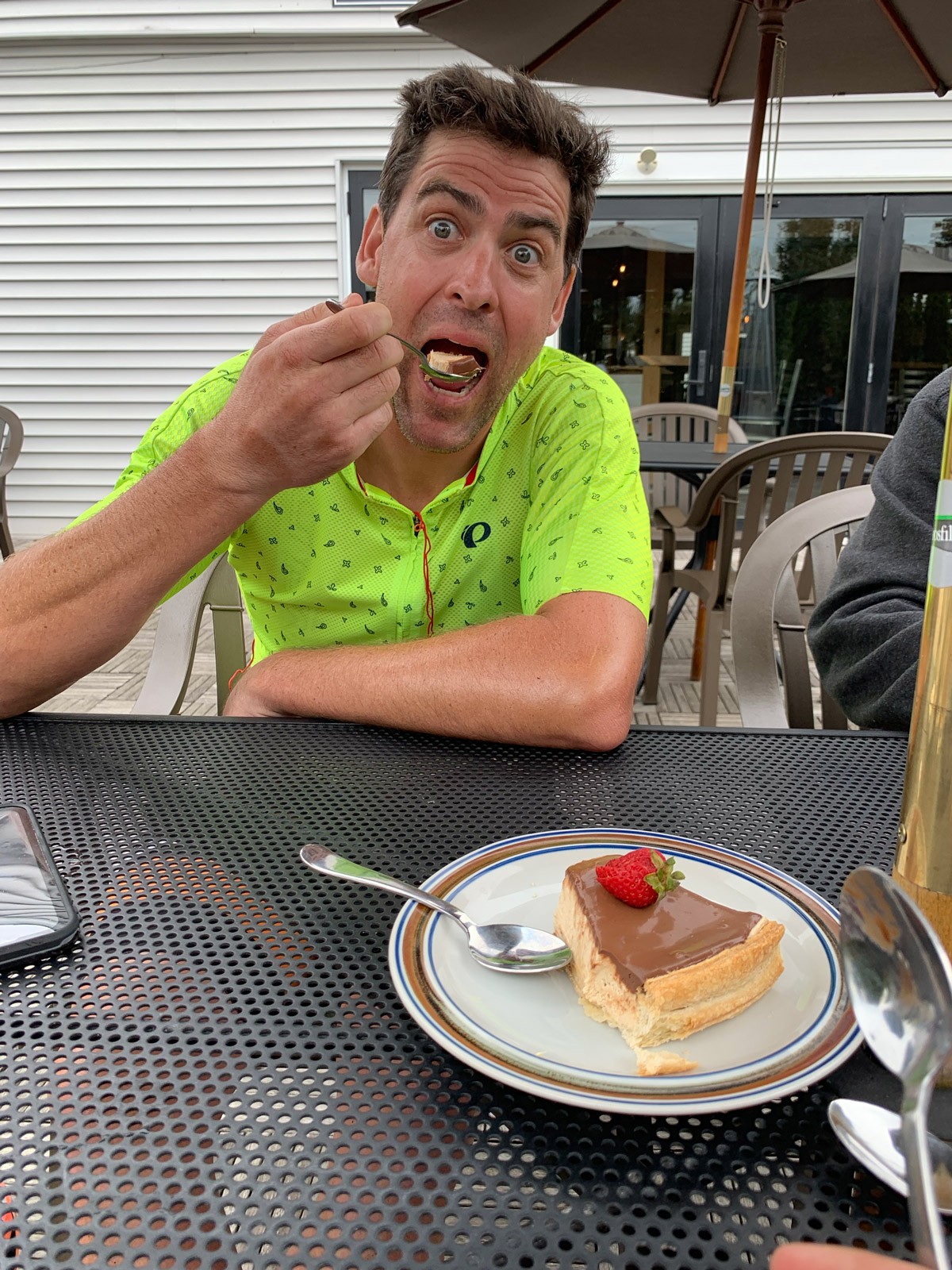 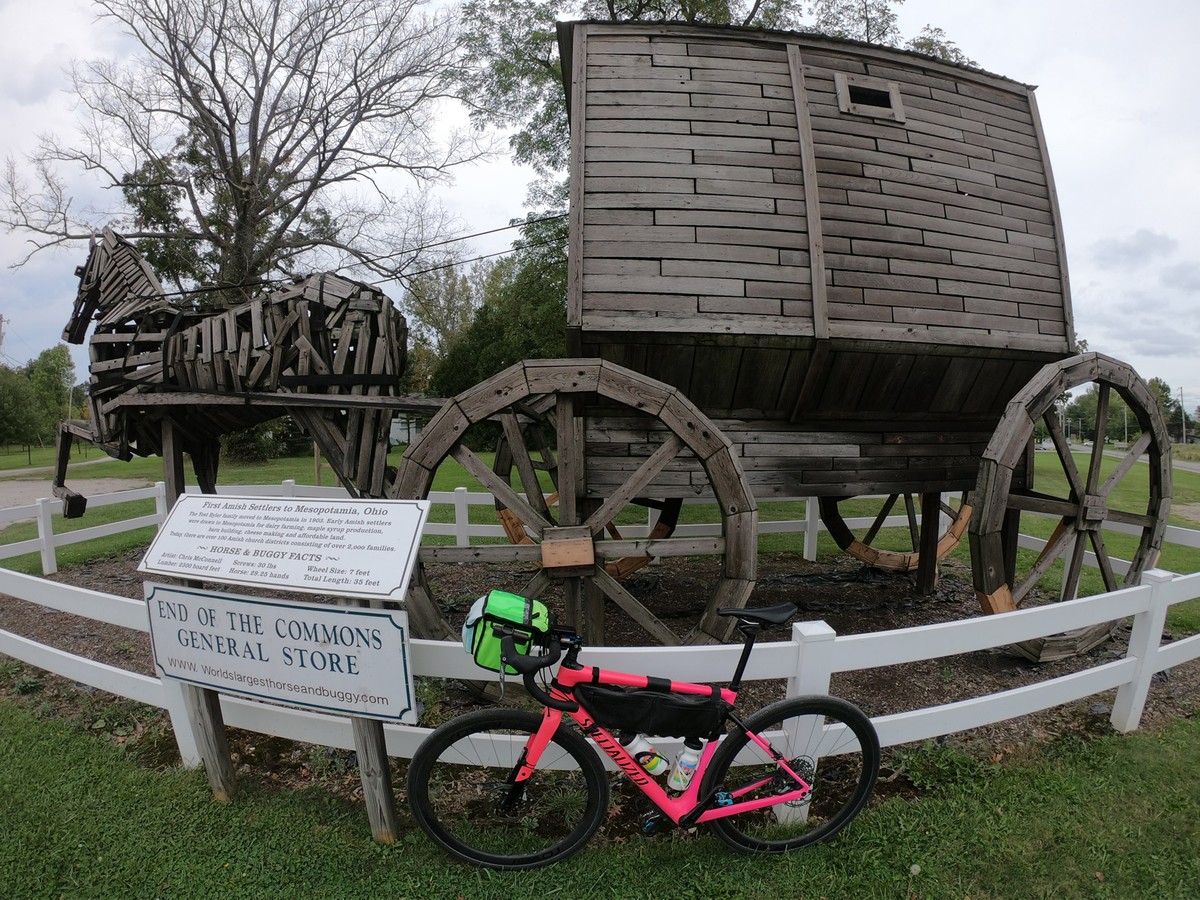