It was a soggy start to the morning, but it made for a really pretty… And slightly cooler start as well.

About 7 miles in, we ran into our first issue. A bridge out! A few minutes on Google maps roadside and we were able to find a detour they got us around without adding too much mileage.

Caroline stuck with me for the first 15 miles before turning around and the detour was actually a blessing in disguise. Very few cars on the road for that section!

Today, the goal was to get to Hazleton, about 55 miles in. At that point, I could see how my body was doing and what the weather was like. I was feeling decent today so I decided to go for the longer option which was to ride to Stroudsburg about 118 miles in as it turned out. The other option would have only been about 80 miles, so this was significantly longer in the saddle.

The majority of the day was really pleasant riding through the Appalachians. Lots of rolling hills and fall colors. But there were a handful of super steep climbs. I’m talking over 20% grade out of the saddle, just trying to keep the pedals moving steep. The majority of these were short, something like a half a mile, but they hurt. Each time I got to the top of the one, I was pretty thrilled that I didn’t have to get off my bike and walk it. I also wondered if I would get up the next one?

It ended up being a very hot day out there, almost if not 90°. But the real killer was the humidity. Super wet all day long! Another reason I went longer today was because tomorrow its going to be a pretty bad weather day. They are predicting about an inch of rain and some pretty good wind from the east in the next 24 hours here in Stroudsburg.

I also got my second puncture of the trip. Just when I thought I might make it to the end with just that first puncture on the first day, I got another. The good news is that it was easily fixable and not a big deal. I didn’t even realize I had it until I felt something wet my leg which was the Stans liquid inside the tire coming out. I pulled a little piece of glass out and jammed the little bacon strip repair kit into the hole. I actually lost so little air that I didn’t even bother using my hand pump to put any more air in at that time. I just topped off once I saw Caroline at lunch with the floor pump.

With about 2 miles to go, the rain started and I was pretty ready to be done. But there was another really steep hill to get me to the hotel before I could call it quits. I was able to finish it off and we celebrated with a nice Italian dinner.

Tomorrow should be a little bit shorter, which will be nice because it will be about 20° cooler, or even more. It will also likely be raining in the majority of the day. In two nights I should be in New York City! 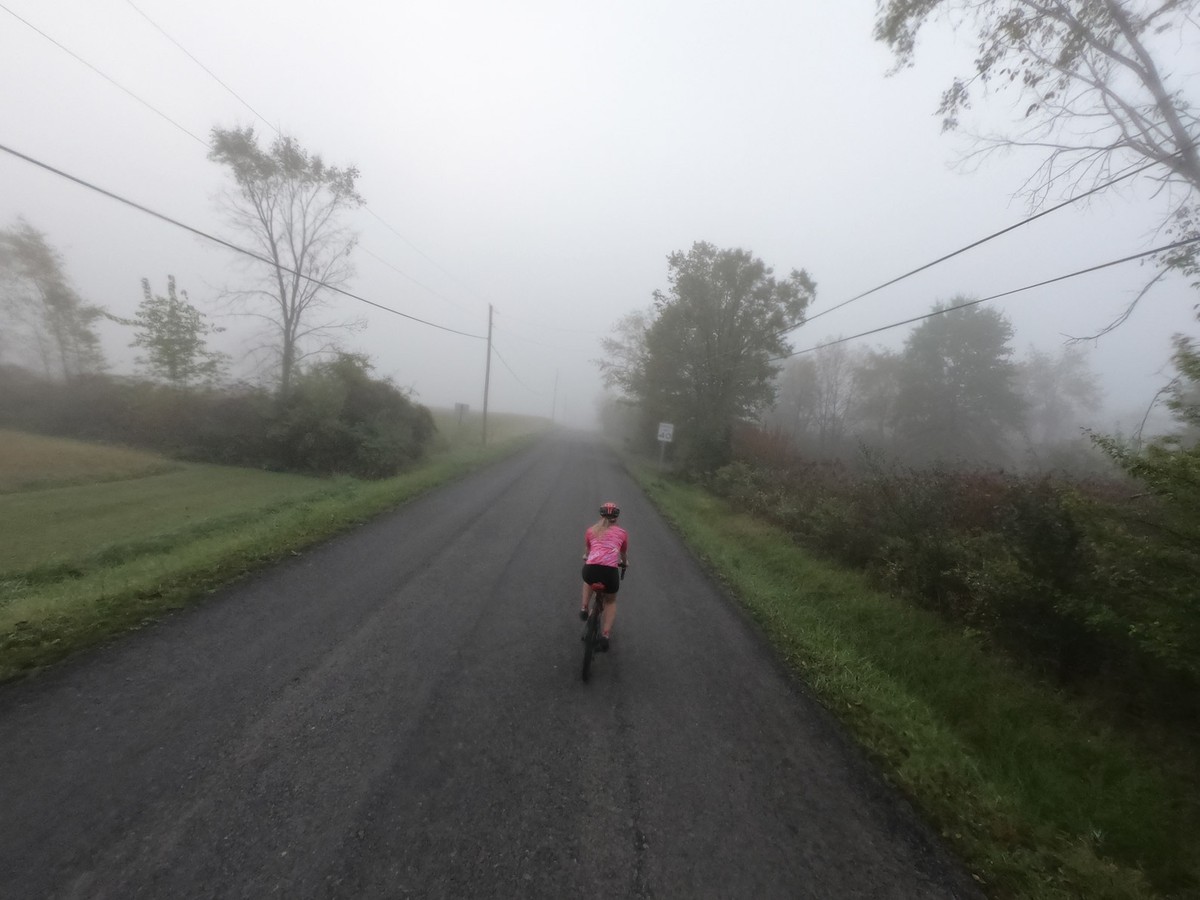 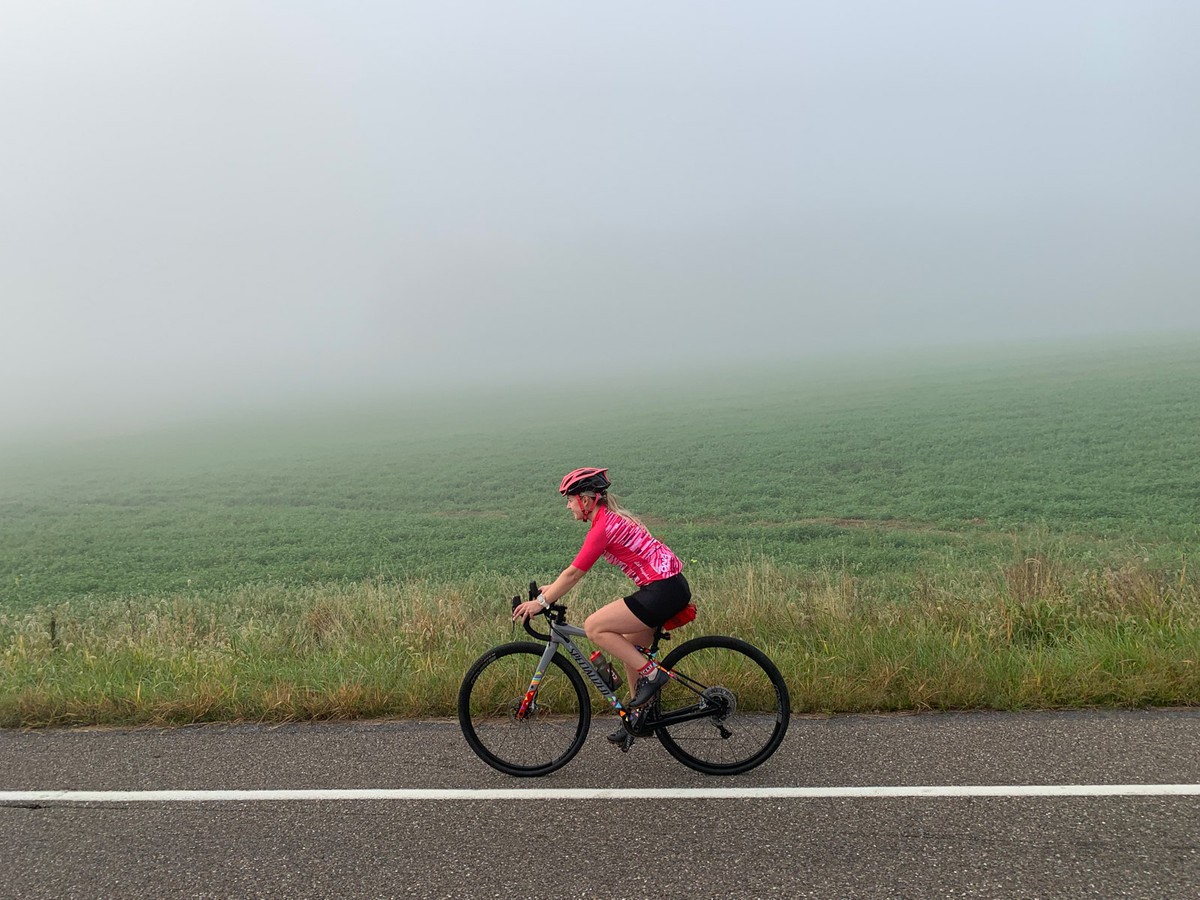 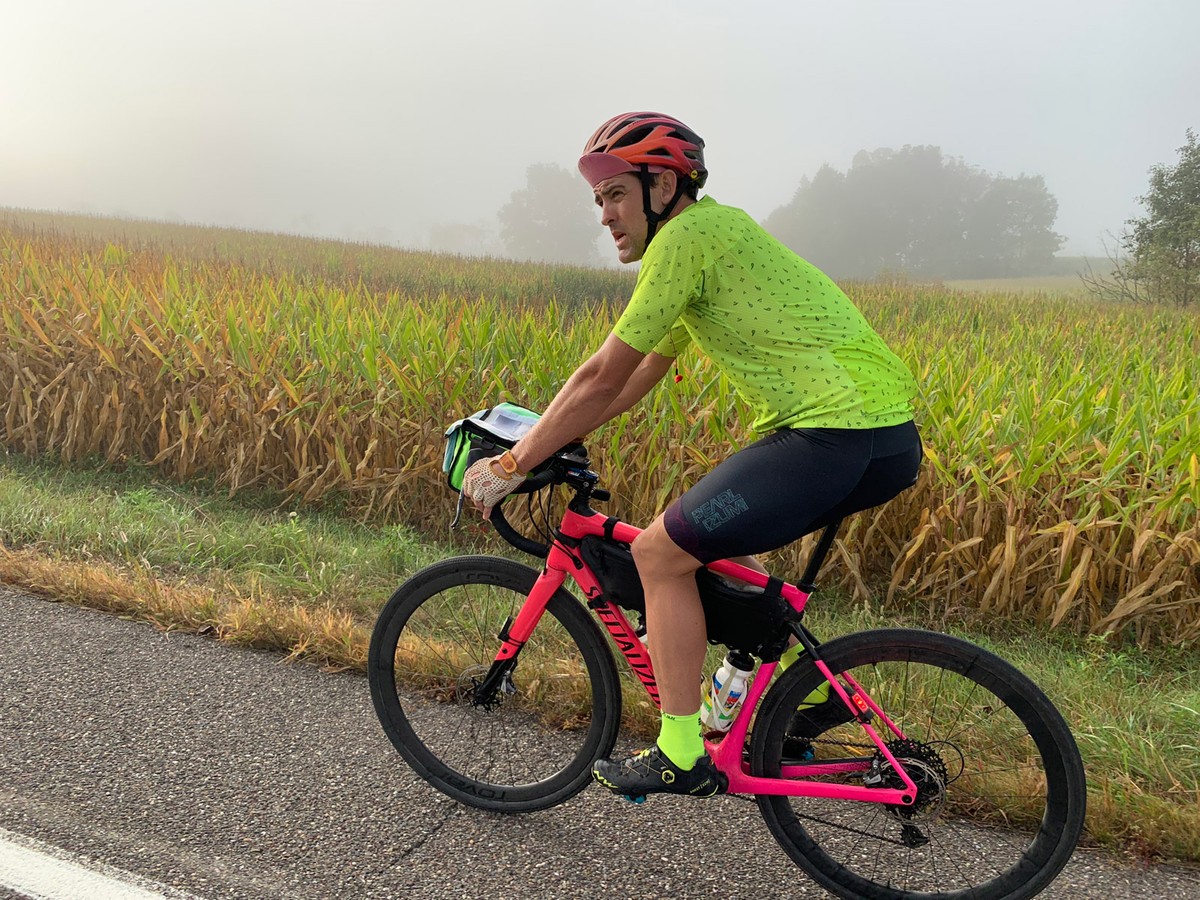 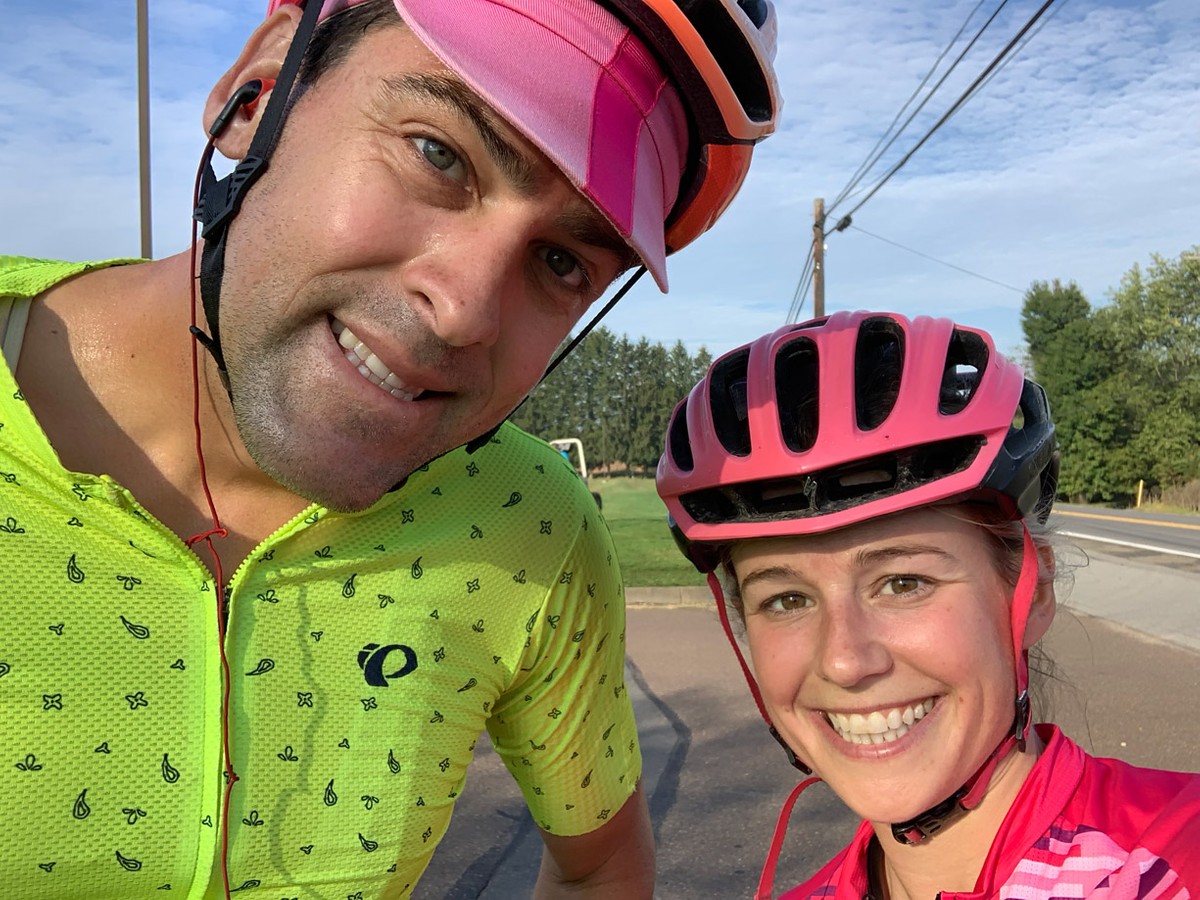 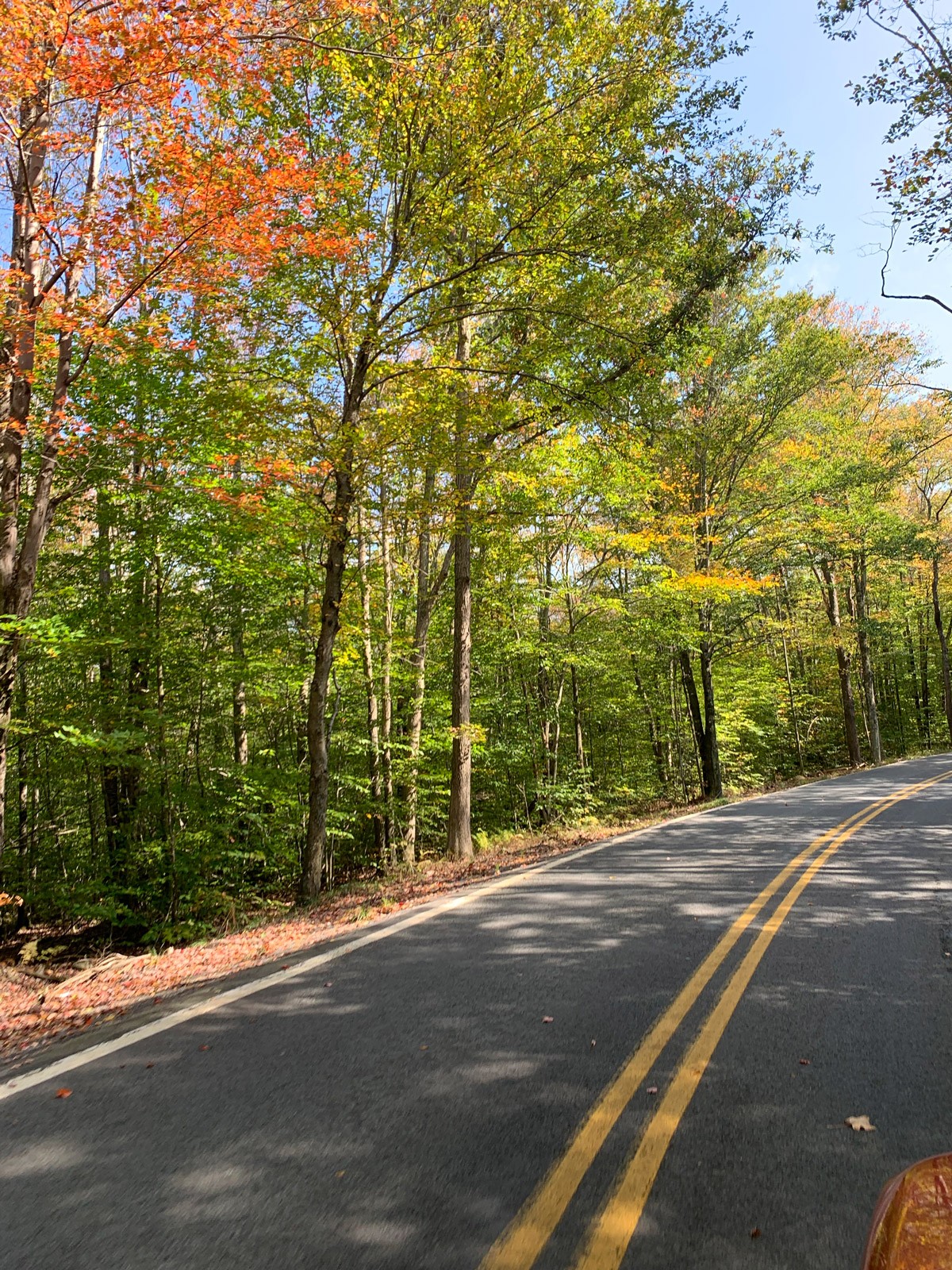 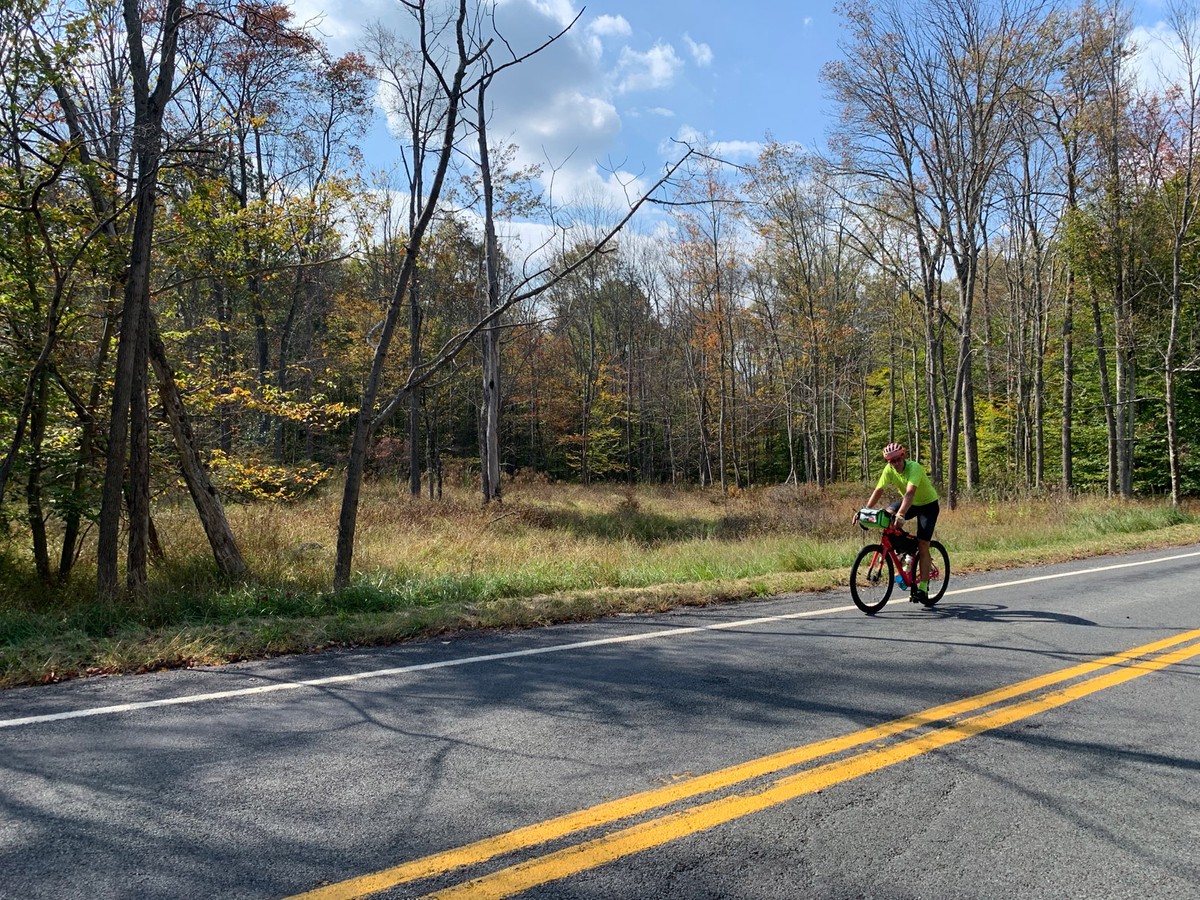 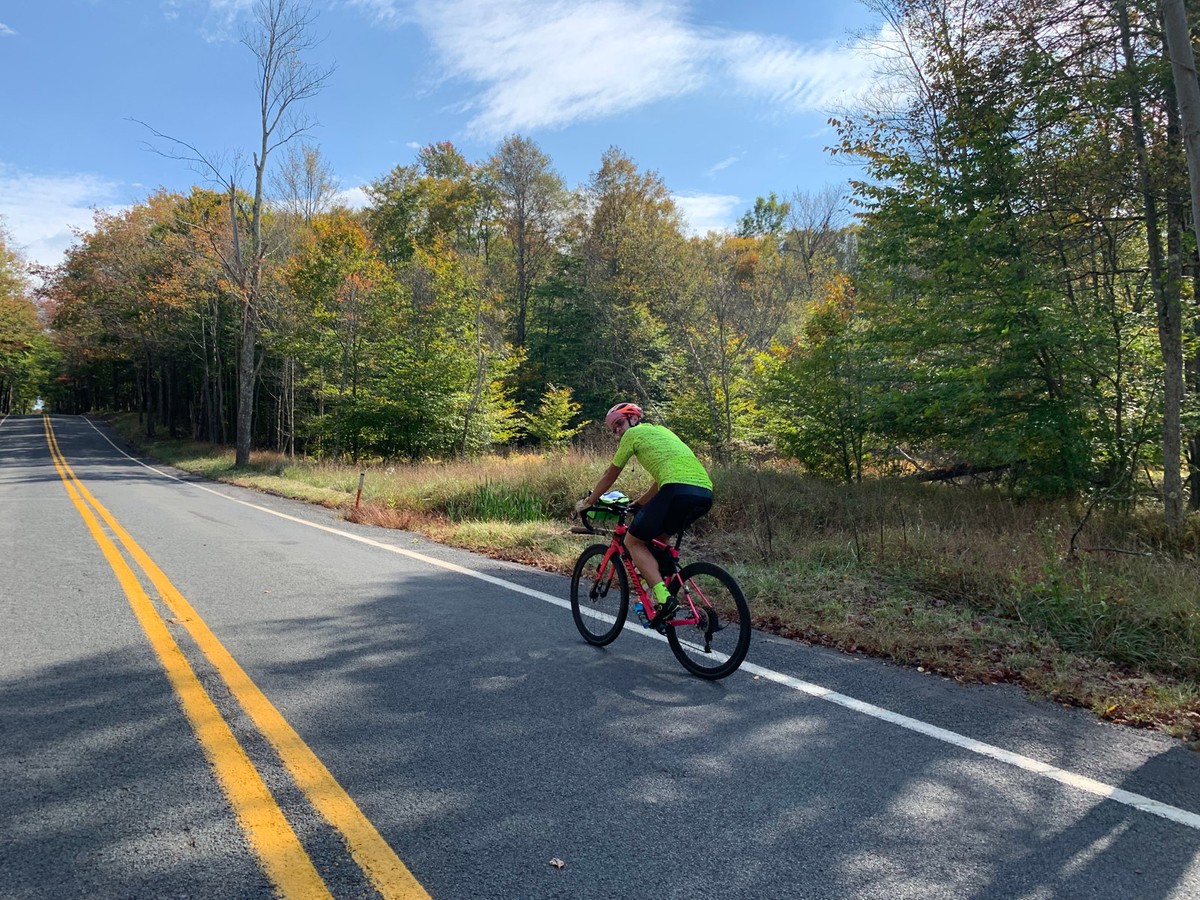 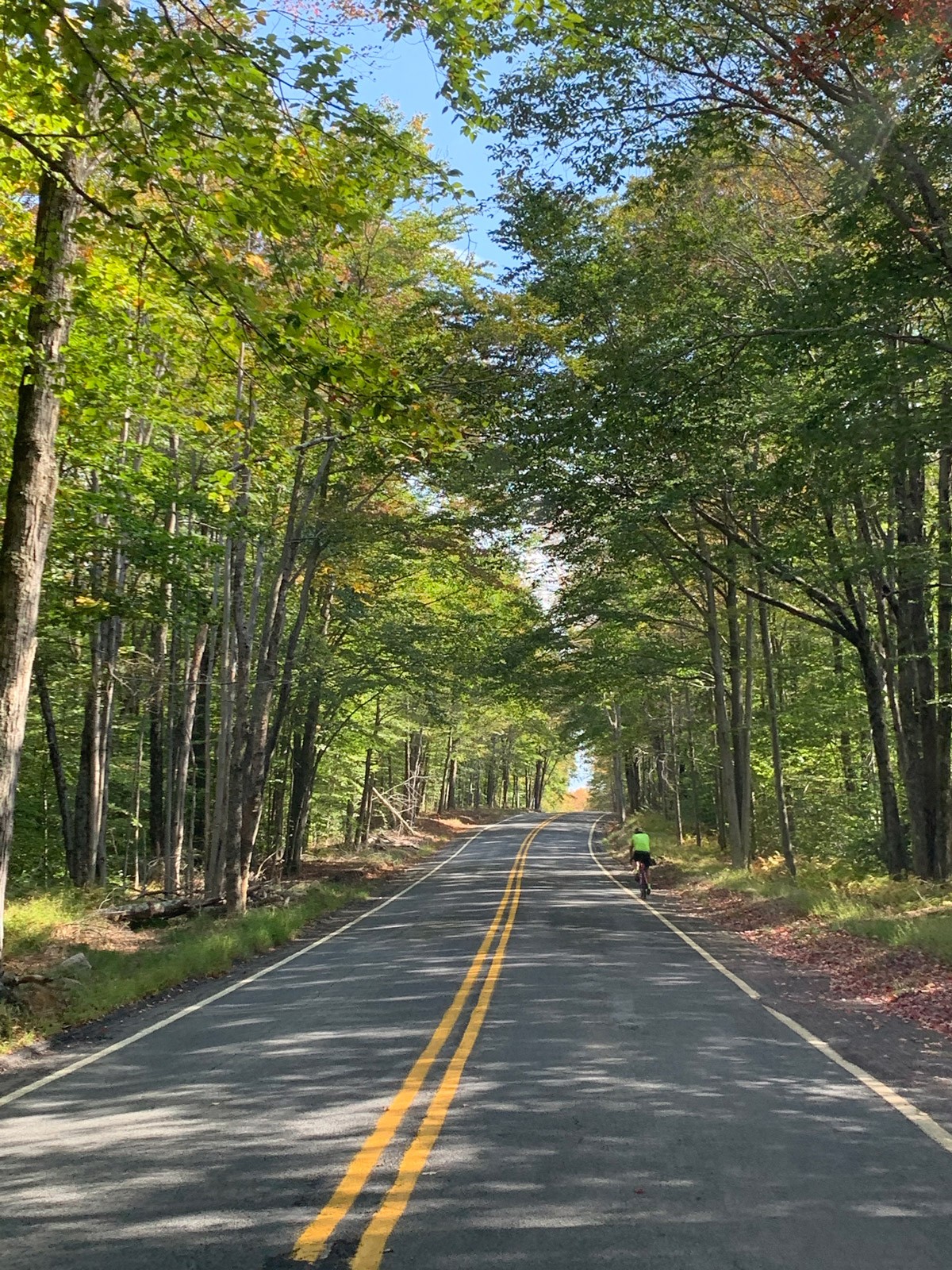 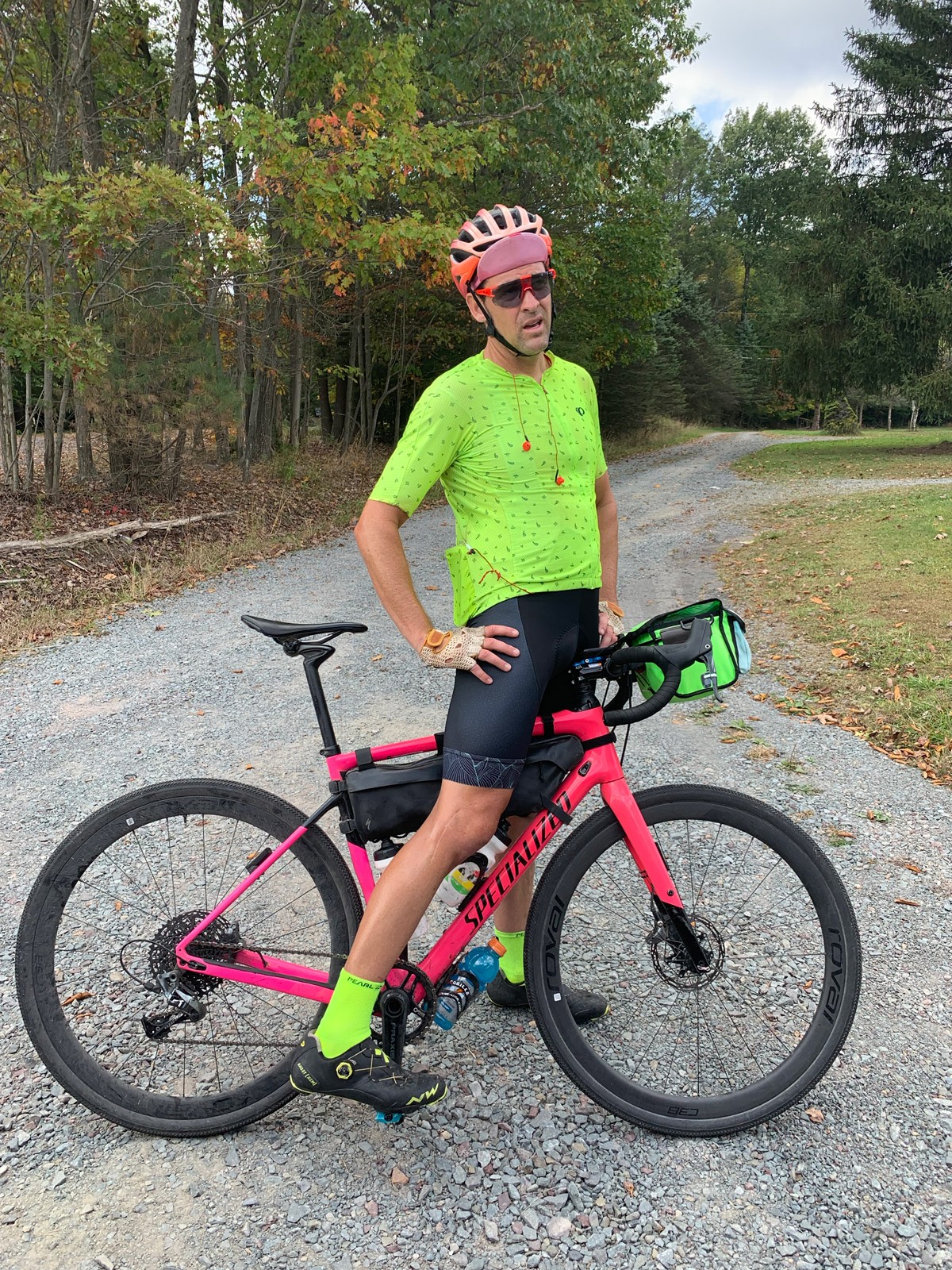 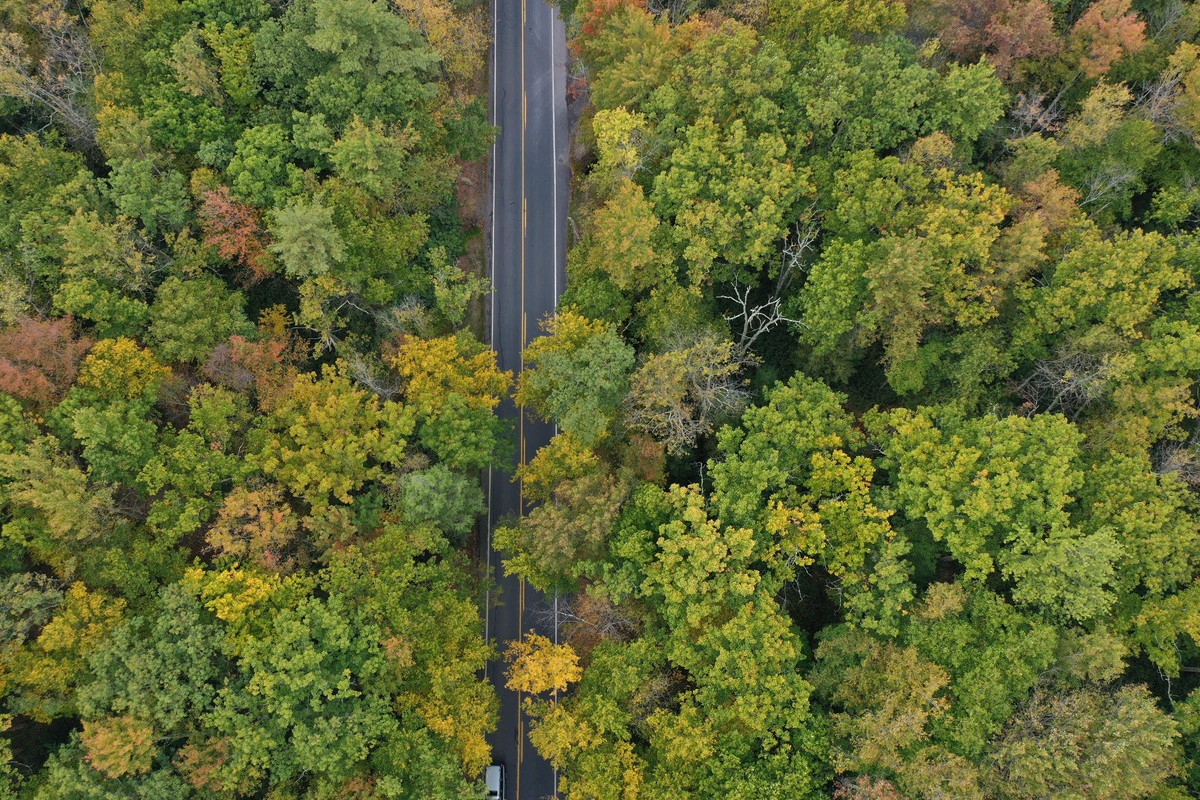 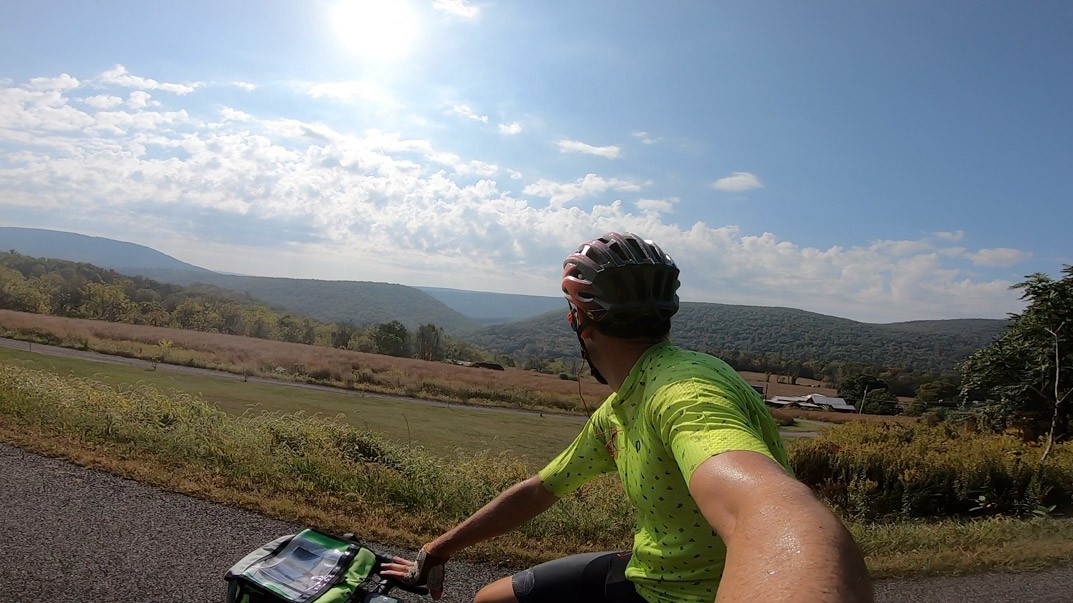 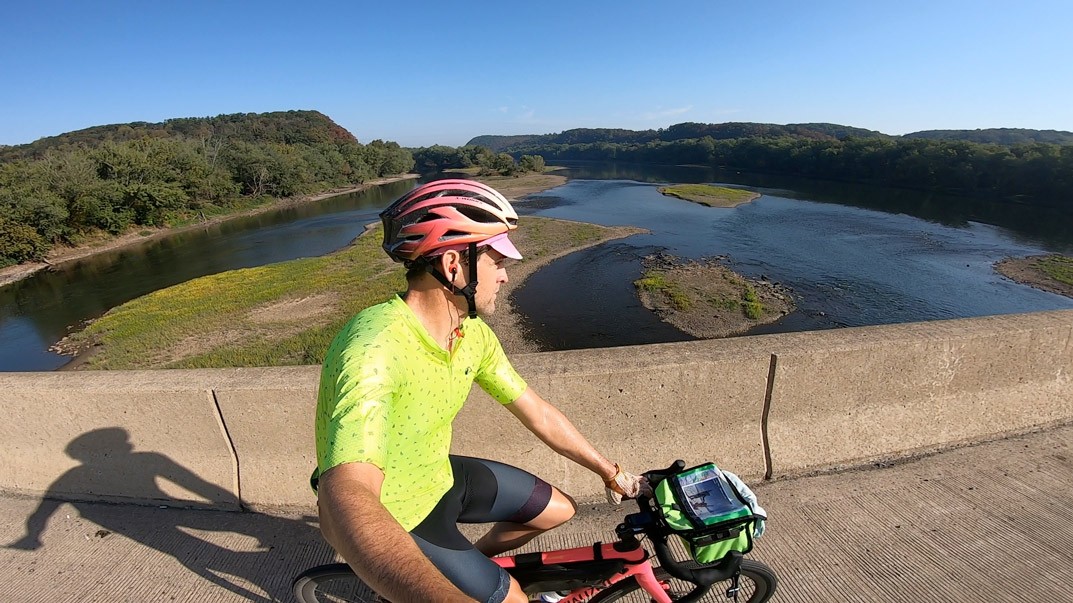 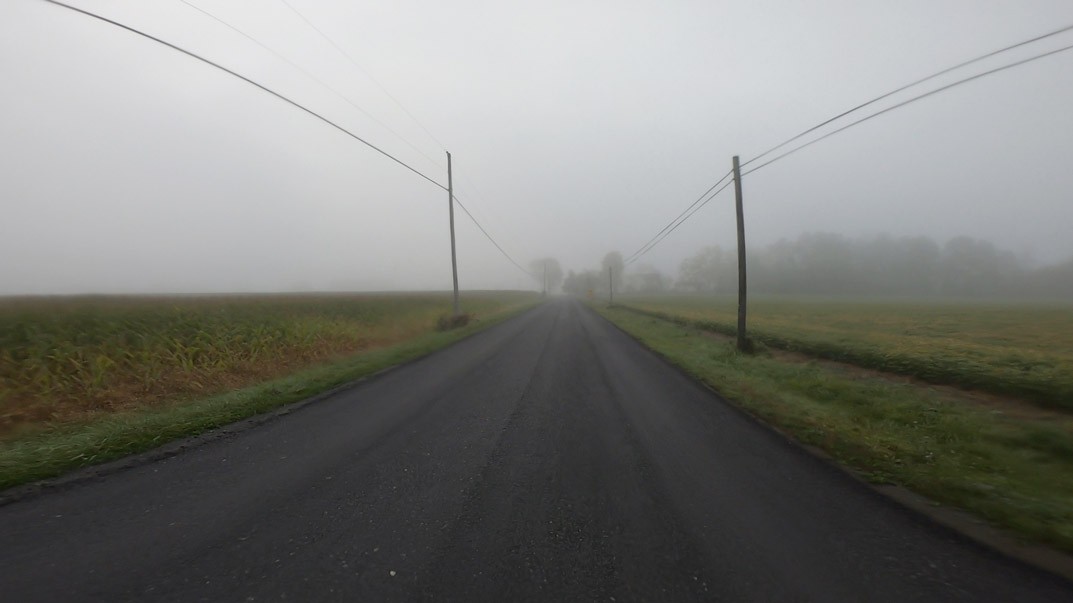 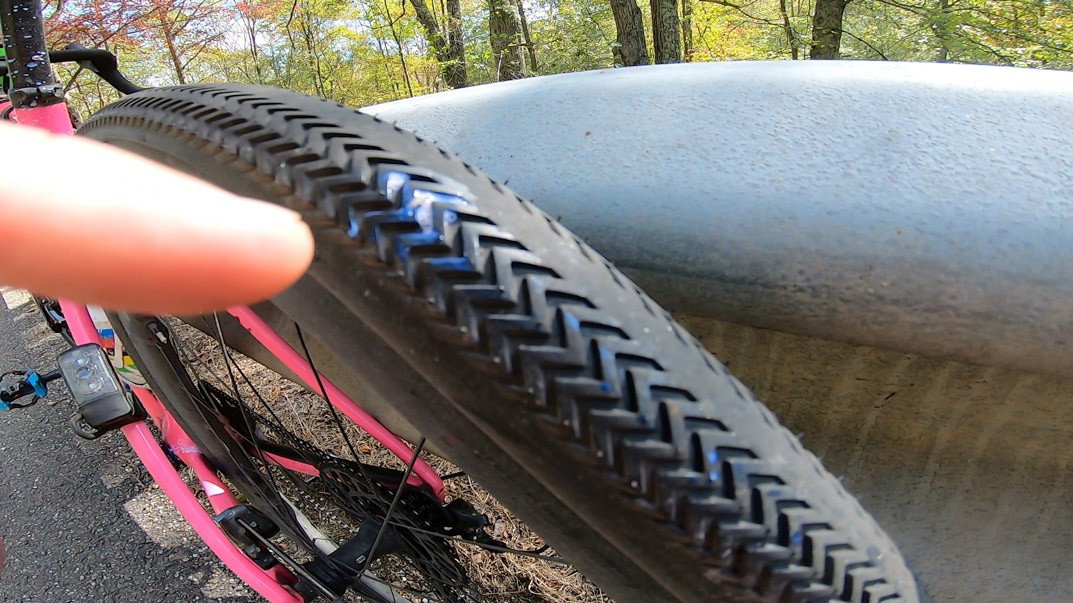